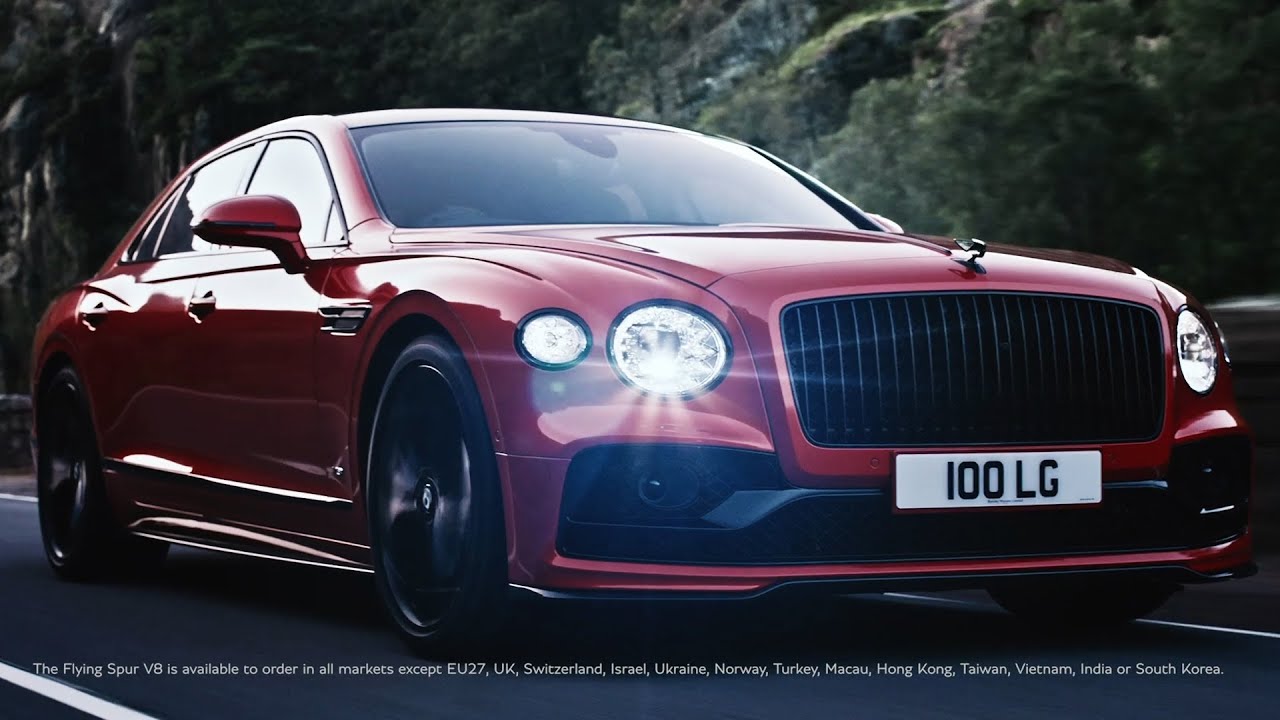 Bentley Flying Spur V8 (2021) Design, Interior and Driving / The Ultimate Luxury Sedan. Bentley redesigned the Flying Spur for 2020, though so far the only powertrain on offer is a 6.0-liter twin-turbocharged W-12.

The British automaker revealed a second option, a 4.0-liter twin-turbocharged V-8. It will be available in Europe later this year and in most other markets by early 2021.

The engine delivers 542 horsepower and 568 pound-feet of torque, which is enough to hustle the big sedan to 60 mph from rest in four seconds and to a top speed of 198 mph. The engine is mated as standard to an 8-speed automatic and all-wheel-drive system, and features cylinder-deactivation technology. With this fuel-saving feature, four of the cylinders are able to shut down during light loads and require just 20 milliseconds to fire back up when neccessary.

The all-wheel steering is a must on the car of this size. During low-speed manoeuvres, the system steers the rear wheels in the opposite direction to the front wheels. This has the effect of shortening the wheelbase, reducing the turning circle and thus making parking much easier. At higher speeds, the rear wheels turn in the same direction as the front, improving stability as a result.

There isn’t much that separates the V-8-powered Flying Spur from its W-12 sibling on the outside. Apart from the obvious “V8” badges, the car also features quad-exhaust tips. Dual tips feature on the W-12 model.

For the interior, buyers can opt for three-dimensional wood paneling. There’s also a tablet-style remote for passengers in the rear. It controls a number of vehicle functions including the blinds, massage function, climate control and mood lighting.

A dedicated Bentley app also enables some functions while the owner is away from the vehicle. These include handy features like a car finder, status check, and the ablity to lock the car.

Though it’s yet to be announced, a hybrid option will be added to the Flying Spur at a later date. It’s part of Bentley’s plan to have the full lineup electrified by by 2023.