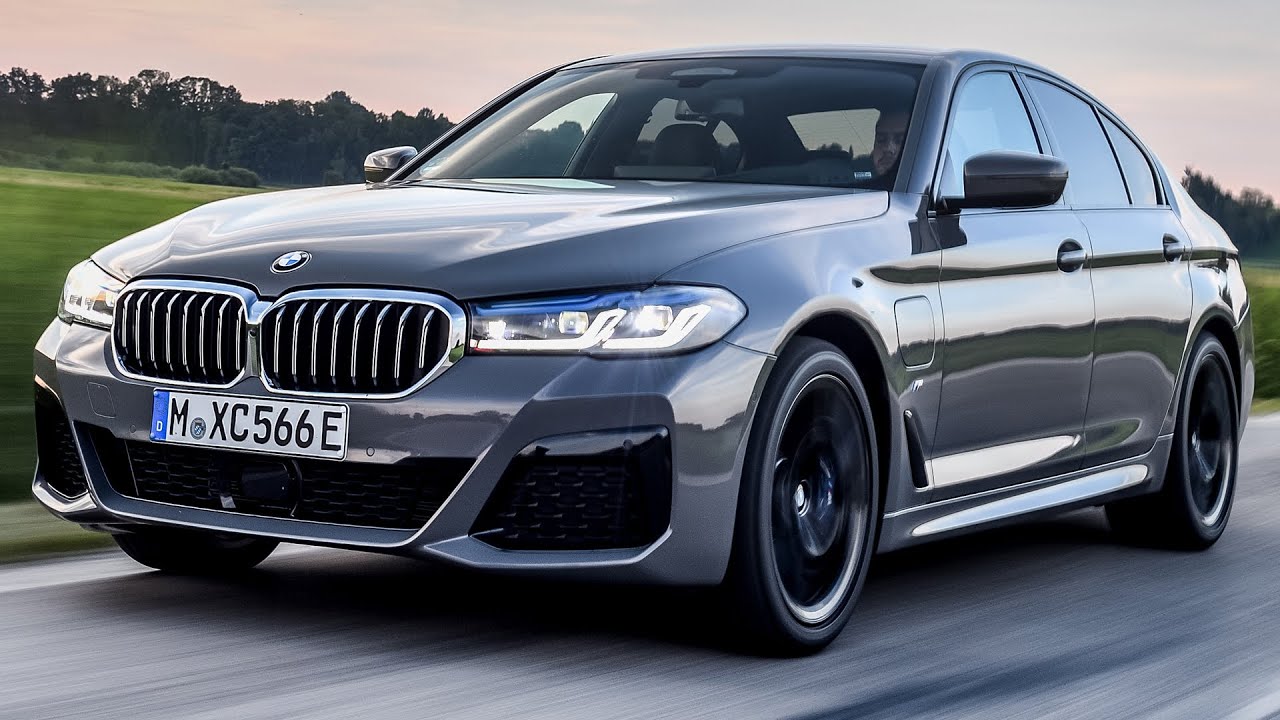 BMW 5 Series (2021) plug-in hybrid / BMW 545e xDrive — BMW’s flagship PHEV. BMW decided to give the 5-Series some notable updates earlier in 2020. Apart from the redesign up front, the sedan also got new plug-in hybrid setups under its hood, expanding the 5-Series PHEV lineup even further.

The first two (the 530e and 530e xDrive sedans) were unveiled back in July. This time around, BMW released more details on the 545e xDrive Sedan, the model that sits atop the PHEV range. Specifically, BMW gave details on what’s under the hood.

BMW says the 545e xDrive will pack a 109hp electric motor combined with a 286hp straight-six BMW TwinPower Turbo petrol mill. The setup boasts a total system output of 394hp and 600Nm and is mated to an eight-speed Steptronic gearbox. BMW’s intelligent xDrive four-wheel-drive system is also included in the package.

Performance-wise, the top-spec 5-Series PHEV can do 0-100kph in 4.7secs, and speed tops out at 250kph. Using solely electric power, it can run as fast as 140kph. Combined fuel consumption is estimated at around 42-47km/L. Maximum pure electric range, meanwhile, is around 54-57km.

Multiple drive modes are also available with this new Bimmer, namely: Hybrid, Electric, and Sport. The default setting is Hybrid, which makes use of both the gasoline engine and the electric motor. Through this mode, ‘Hybrid Eco Pro’ can also be activated to improve fuel consumption and optimize the efficiency of functions such as regenerative braking.

Electric mode uses only the electric motor—this can also be set as the default drive mode via the BMW iDrive menu. Meanwhile, Sport mode harnesses the full power of the hybrid setup to call upon all 394 horses when needed.

The fourth and fifth 5-Series PHEV models, the 530e Touring and 530e xDrive Touring, will be fully revealed in November.