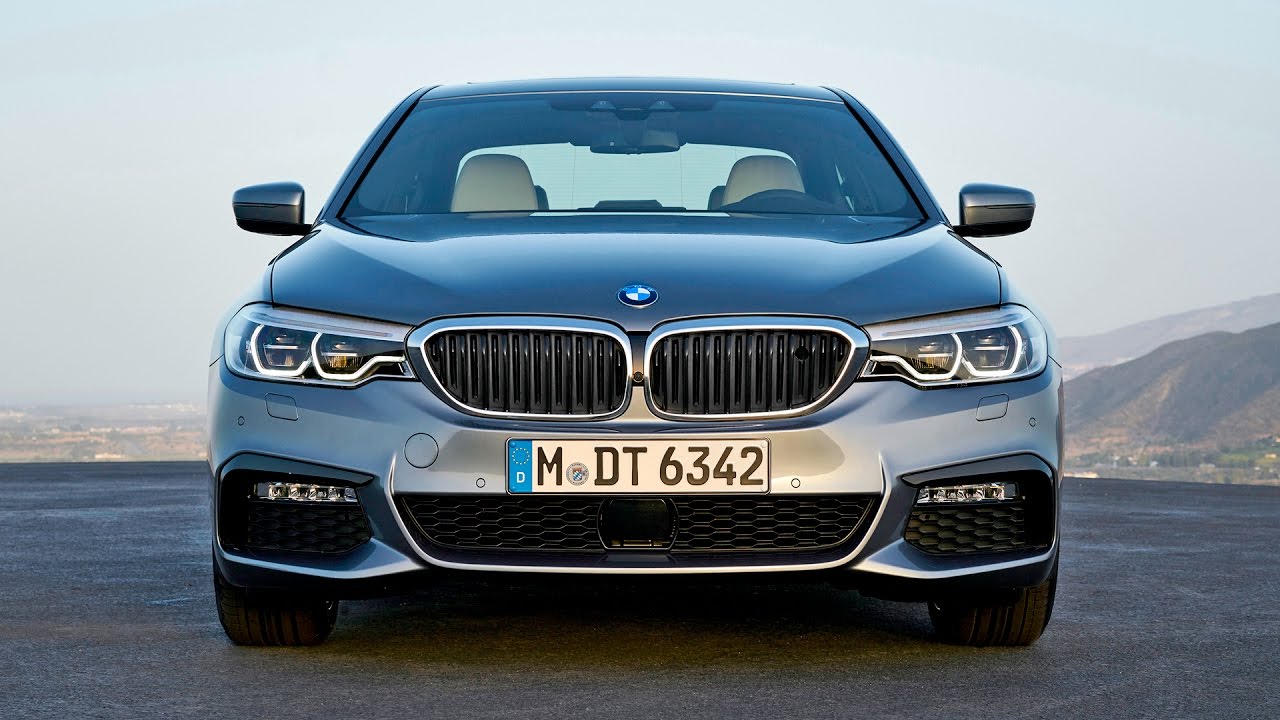 BMW 5 Series M SPORT (2017) 540i Sedan – Design & Driving. The 2017 BMW 5 Series Sedan therefore has all the tools it needs to continue the remarkable success recorded by its predecessors; more than 7.6 million BMW 5 Series cars were sold across its first six generations.

The new BMW 5 Series is equipped with the latest-generation iDrive system. In top specification, it displays navigation, telephone and entertainment features, plus vehicle functions, on a high-resolution 10.25-inch screen. The system can be operated using the iDrive Controller, by voice command or gestures, or by touching the display controls directly, as the driver wishes. The large, tile-style panels can be arranged as desired and show the content of the underlying menus in constantly updated form. The latest-generation full-colour BMW Head-Up Display has a projection surface that is 70 per cent larger than before and displays traffic signs, telephone listings, radio stations, music tracks, navigation instructions and warnings from the assistance systems.