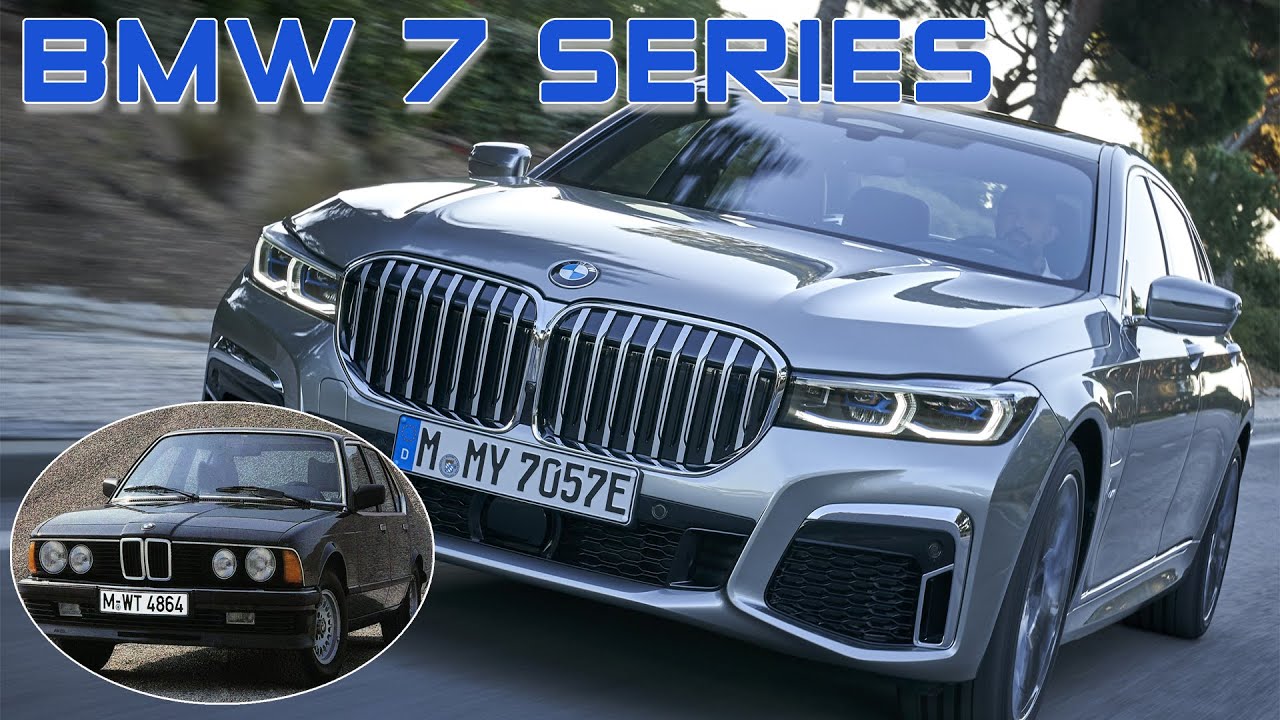 BMW 7 Series – Design Evolution / The Bavarian luxobarge Through the Years. Back in the late ’70s, the first ever BMW 7 Series was born. When it debuted, it was a car of many firsts for BMW. It was the first BMW to have anti-lock brakes, the first to have an on-board computer system and the first to sport a double-link front suspension setup. Now, over 40 years later, the BMW 7 Series is basically a rolling computer with leather seats. The 7 Series has changed so much since its early days and its design is the biggest change of them all.

In 1977 when the 7 Series debuted, it was bigger than the rest of the Bavarian lineup but it’s actually small by modern car standards. Now, the Kidney Grilles of the new 7er are almost as big as the entire from end of the original car. So we though it a good idea to take a look at the history of the 7er and each design change throughout the years.

E23
This is the original, the O.G. if you will. It’s the car that started it all for the now-famous luxury car. Compared to today’s current 7 Series, the E23 was narrow, upright and very simple. It featured BMW’s then-signature Shark Nose grille shape and skinny, upright Kidney Grilles. The latter of which are a far cry from what the current car has.

E32
Following the E23, the E32 7 Series was already beginning to swell. It was larger, boxier and more stately looking. It was also more high-tech and more luxurious. Its Kidney Grilles were shorter and wider and its headlights were more integrated into the front end. It also laid the ground work for the design of the E34 BMW 5 Series, as the two looked very similar. Compared to this new G11 LCI, the E32 just looks like a bland box.

E38
This is widely considered the high-water mark of the 7 Series design and possibly even BMW’s design as a whole. Hell, some say that the E38 7er is the best looking luxury sedan of all time. There’s something so perfectly balanced about the way the E38 7 Series looks. It’s sophisticated, simple, elegant and understated, yet still a bit sporty in BMW’s own unique way. Its Kidney Grilles were rectangular and simple, with slim rectangular headlights flanking it. Personally, this is my favorite mainstream BMW model design (excluding one-time cars like the 507 and Z8).

E65
Ahh, the Bangle years. There are still enthusiasts whose eyes twitch with rage when they think of Chris Bangle. While he designed a lot of great looking cars, the E65 7er is not one of them. Its front end wasn’t bad, just a bit uninspired. Its Kidney Grilles were bigger and a bit more angular. The rear, though, received a lot of criticism. It’s all very bulging and bulbous, giving it the nickname “Bangle Butt”. At least its Kidney Grilles were still pretty normal.

F01
This is where the 7 Series grew most substantially. The F01-gen 7er was significantly larger than the E65 that preceded it and was received better by enthusiasts. It wasn’t ever the prettiest 7 Series but it was more handsome than the “Bangle-Butt” car that it replaced. Its Kidney Grilles were nice looking and seemed to protrude out past its headlights. At the time, they were considered huge but they look positively small now.

G11 Pre-LCI
When the pre-LCI G11 first debuted, it was more handsome than the car it replaced. While it wasn’t the best looking 7er of all time, it was an upgrade over the F01 and especially the E65. Though, it couldn’t touch the effortless cool that was the E38 7 Series. If there was a complaint about the G11, it was that it was a bit boring, a bit staid. However, it was handsome and was generally well-received by fans. It was also the first 7 Series to have its headlights merge with the Kidney Grilles. The latter of which were also considered huge when it first debuted.

G11 LCI (Refresh)
This is where we are now in this history of the 7 Series. We’re going to separate the G11’s LCI from the pre-LCI car because it’s such a drastic visual change and because we want to highlight the evolution of its face over the years. That’s because the Kidneys on the G11 LCI are absurdly large. They’re so big they move upward into the hood and seem as if they’re small black holes about to swallow the rest of the car. When you look at the new G11 LCI compared to the original E23, it’s actually shocking. You might be able to fit both of the E23’s grilles in one of the new 7er’s.

Over the years, all cars grow, have their features exaggerated and become more over-styled. It’s just the nature of the business. So it’s no surprise that the 7 Series has evolved into something bigger and more extreme. It’s just shocking to see how much bigger, how much more exaggerated and how extreme it’s gotten.