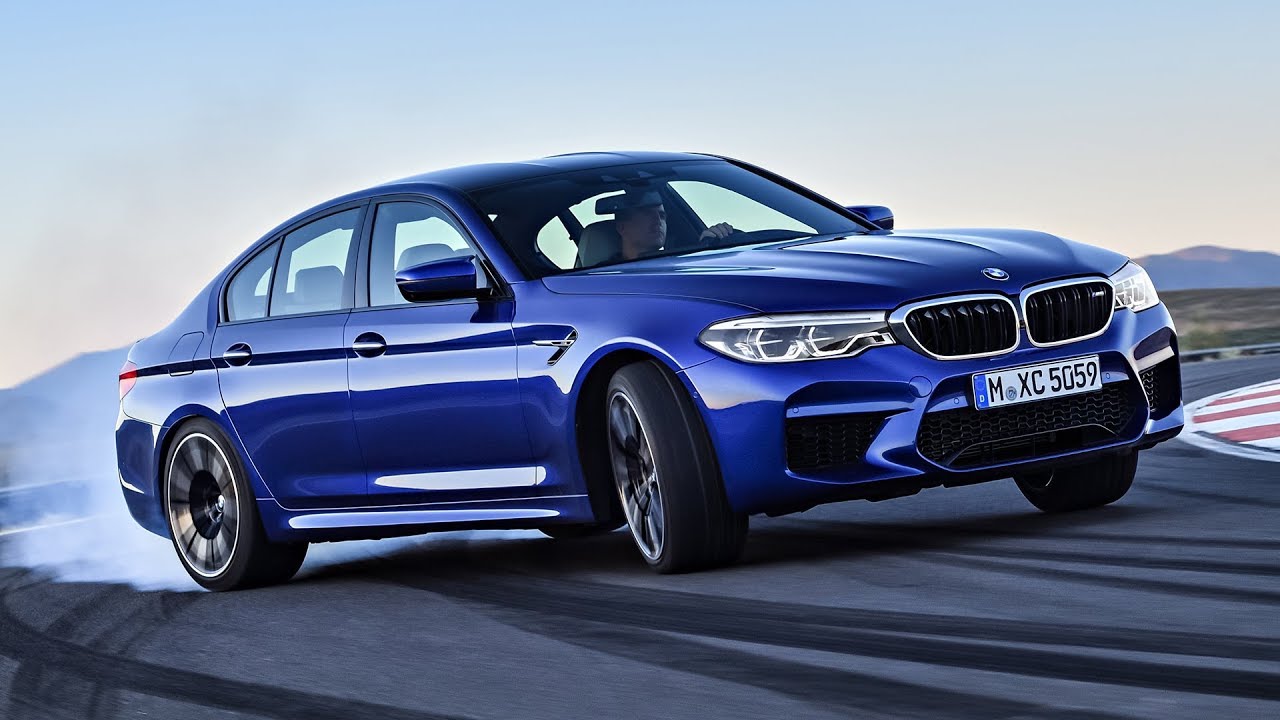 BMW M5 (2018) Ready to Fight E63 AMG. New 2018 BMW M5 takes the M-series into new territory, with 600 horsepower (441 kW), peak torque of 750 Nm and 10.5 l/100 km fuel consumption combined/ 241 g/km CO2 emissions combined, which promise supreme propulsive power and formidable performance. The new M xDrive developed by BMW M GmbH is the most engaging all-wheel-drive system yet to grace the high-performance segment and will be on display across various terrains in Need for Speed Payback.

The new BMW M5 can be ordered from September 2017, priced at €117,900, and deliveries will begin in spring 2018. Scheduled for launch on the same sales start date as the standard M5 is the BMW M5 First Edition. This special-edition version – limited to a run of 400 examples worldwide – has BMW Individual Frozen Dark Red Metallic paintwork, is exclusively appointed and costs an extra €19,500 over the standard model.

The character of M xDrive can be adjusted as desired. The driver has five different configurations to choose from based on combinations of the DSC modes (DSC on, MDM, DSC off) and M xDrive modes (4WD, 4WD Sport, 2WD). In the basic setting with DSC (Dynamic Stability Control) activated and 4WD, the system permits slight slip through the rear wheels when accelerating out of corners – and therefore plays its part in giving the new BMW M5 its sporting agility. In M Dynamic mode (MDM, 4WD Sport) M xDrive allows easily controlled drifts. The three M xDrive modes with DSC switched off have been conceived to sate the appetites of keen drivers and primarily for use on the track. Here, the driver can choose from three configurations up to and including pure rear-wheel drive (2WD). This mode allows the driver to pick their own drift angle and treats connoisseurs to driving dynamics in their purest form.

Providing ample power for the new BMW M5 is a 4.4-litre V8 bi-turbo engine with M TwinPower Turbo technology. The M engineers have carried out significant revisions to the outgoing model’s power unit. For example, newly developed turbochargers, ultra-efficient indirect charge air cooling and increased fuel injection pressure together help to raise output and, above all, torque. The engine develops 441 kW/600 hp at 5,600 – 6,700 rpm, while a monumental 750 Nm (553 lb-ft) of torque is placed at the driver’s disposal from as low down as 1,800 rpm and remains there until 5,600 rpm. A map-controlled, fully variable oil pump ensures oil is supplied as and when the new BMW M5 needs it, even on the track. The car’s impressive performance figures speak for themselves: 0 to 100 km/h (62 mph) in just 3.4 seconds, 0 to 200 km/h in 11.1 seconds (124 mph). Top speed, meanwhile, is an electronically limited 250 km/h (155 mph), but the optional M Driver’s Package can keep the fun coming to 305 km/h (189 mph).