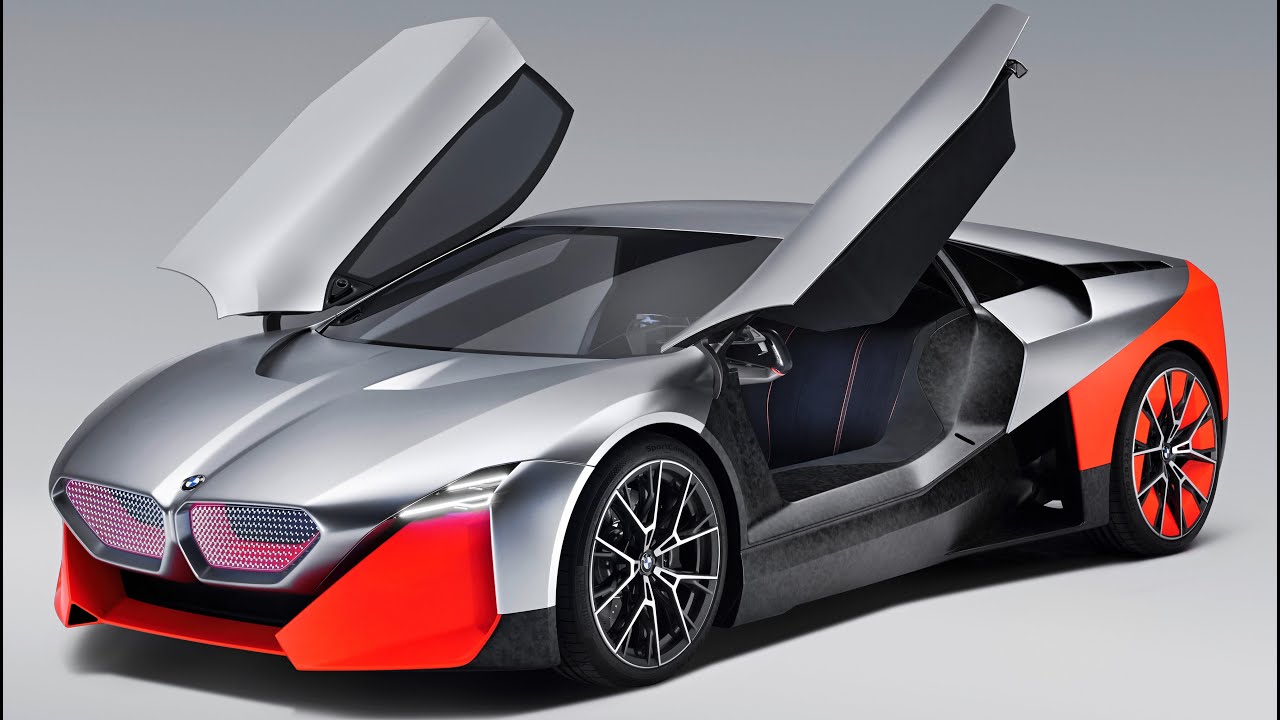 – The BMW Vision M NEXT shows how the future of the BMW M brand might look – in the form of an eye-catching electrified sports car.

– Focusing on the driver: Intelligent technology in the BMW Vision M NEXT – based on the D+ACES (Design + Autonomous driving, Connectivity, Electrification and Services) building blocks for the future – turns the person at the wheel into the ultimate driver.

– The BMW Vision M NEXT demonstrates the potential of BMW’s “BOOST” experience concept in creating the ultimate active driving experience. It represents a conceptual counterpart to the BMW Vision iNEXT, which showcases BMW’s “EASE” concept and encompasses all the experiences available when the vehicle assumes the task of driving.

– Exclusive world premiere at the #NEXTGen – a new standalone infotainment platform for personal mobility “made by the BMW Group”, including regular events.

– BMW sports-car DNA: Design elements like the low, wedge-shaped silhouette, gullwing doors and distinctive colour concept are future-focused references to the BMW Turbo and BMW i8.

– Power PHEV drive concept – with an electric motor at both the front and rear axle – enables pure-electric rear-wheel drive and pure-electric all-wheel drive (to keep the car glued to the road). In addition, a powerful four-cylinder petrol engine can send power directly to the rear wheels. Maximum output of 600 hp provides 0 to 100 km/h acceleration in three seconds. Future-proofed urban driving thanks to electric range of 100 km.

– BOOST+ mode provides extra power at the touch of a button. The car alerts the driver to the ideal moment for BOOST+.

– With its two-tone, horizontal segmentation, the rear end accentuates the car’s width. Rear lights with Laser Wire technology frame the rear end. The pair of BMW roundels – with a modern, two-dimensional twist – reference the BMW Turbo and BMW M1 and appear to float within the rear lights.

– The fluid sculpturing of the interior merges the driver and car into one. The integrated seat shells – in a foam material with shape memory properties – provide excellent comfort and optimum support.

– The BOOST Pod is the interface between driver and vehicle. It unifies all control options and information on three visual tiers directly ahead of the driver. The first plane is formed by the horizontally arranged steering wheel featuring two small displays. The second plane is a Curved Glass Display, which is making its debut appearance and stretches around the steering wheel. The full-surface Augmented Reality Head-Up Display in the windscreen constitutes the third plane.

– Focus logic represents the next stage in the progression of BMW’s signature driver focus. The information displayed adapts to the car’s speed. The higher the speed, the more focused the information and the more it moves into the driver’s direct field of view.