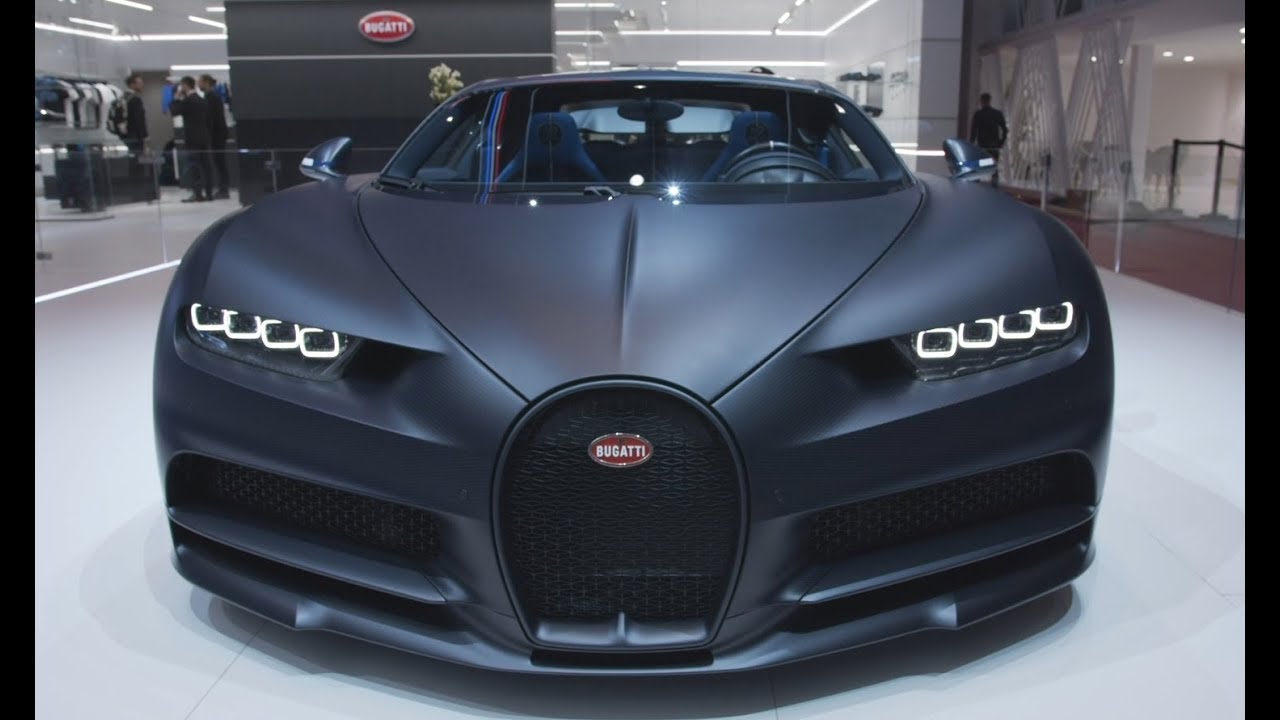 Bugatti Chiron Sport “110 ans Bugatti” Walkaround – Exterior and Interior. The appropriate gift for a 110th anniversary is apparently an ultra-limited hypercar, at least if you’re exotic, high-performance French sports car manufacturer Bugatti. To celebrate that automaker’s 110 years of gorgeous, powerful and rare cars, Bugatti has made a … gorgeous, powerful and rare Chiron Sport and will be bringing it to the U.S. for the first time at the 2019 New York International Auto Show.

Bugatti has taken 20 of its Chiron Sport cars — the lighter, sportier version of its nearly 1,500-horsepower Chiron — and given them all an incredible two-tone blue paint scheme and special interior treatment featuring a number of nods to its homeland in the form of French Tricolour flag details inside and out.

The most prominent Tricolour detail is on the underside of the Chiron’s active rear spoiler, but the mirror caps also feature the blue-white-red on each side, with the blue closest to the front of the car as it is on official French vehicles. The brake calipers are also painted French Racing Blue, a color I didn’t know was a thing until now. The two-tone paint mentioned above may not look it at first glance, but while both the front and rear sections are matte Steel Blue, the front is exposed carbon fiber, giving it a darker, flatter finish; this is easily the best paint scheme I’ve seen on any Chiron since its debut. “110 Ans Bugatti” medallions are located behind each side window.

Inside, the blue-on-blue motif continues with Deep Blue leather and French Racing Blue accents. Materials include leather, Alcantara and carbon fiber, and the flag accents can be found embroidered on the seats and at the 12 o’clock position on the steering wheel. Embroidered anniversary medallions are stitched into the head restraints, and a solid silver medallion is placed in the center console.

The bad news, of course, is not only that these are insanely expensive — no price is given by Bugatti, but a regular Chiron Sport is already about $3.3 million, so … more than that — but only 20 will be built and each one is probably already spoken for. No “je me réveillé dans une nouvelle Bugatti” for you.