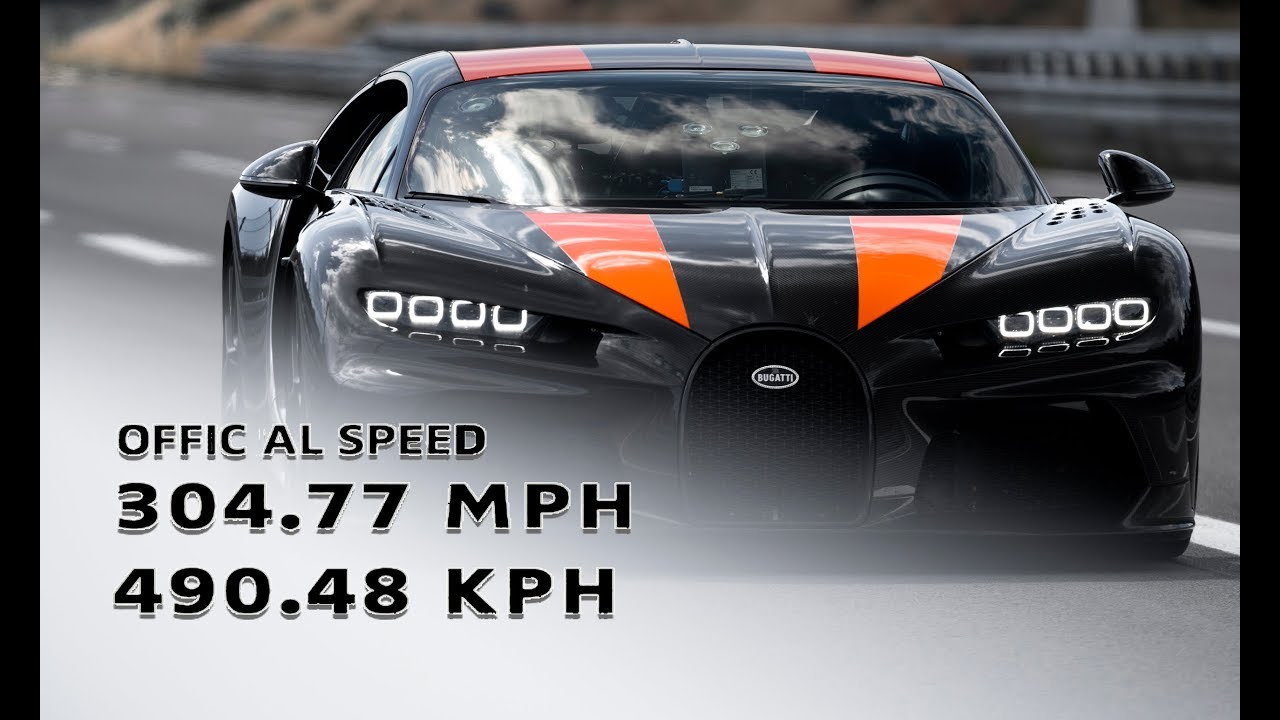 Bugatti Chiron – World’s fastest car ever breaks 300 mph barrier. Bugatti has become the first manufacturer to break the 300mph barrier, with an upgraded, “near production prototype” version of the Chiron hypercar.

The test car, which (judging by its black and orange colour scheme) appears to be an in-development Super Sport version or equivalent of the standard Chiron, recently set a new top speed of 304.774mph at the Ehra-Lessien proving ground in Germany.

Bugatti is yet to announce the technical specifications for this new Chiron prototype but, like the Veyron Super Sport from 2010, we expect it will feature a redesigned braking system, longer gearing, unique tyres, and plenty of weight-saving carbon-fibre components, as well as a significant hike in power, perhaps to the 1,578bhp figure of the limited-edition Centodieci.

Also like the Veyron Super Sport, this Chiron mule has received a substantial aerodynamic overhaul, with a heavily ducted front bumper, wider side skirts and an extended, clip-on tail with a more aggressive diffuser. It also features a lowered suspension setup, a new set of alloy wheels and a tweaked quad-exit exhaust system.

Should this Chiron prototype make it into production with the same specification, Bugatti could set a new land speed record for production vehicles. The current record holder is the Koenigsegg Agera RS. The Swedish supercar set an average speed of 277.9mph over two separate runs in 2017.