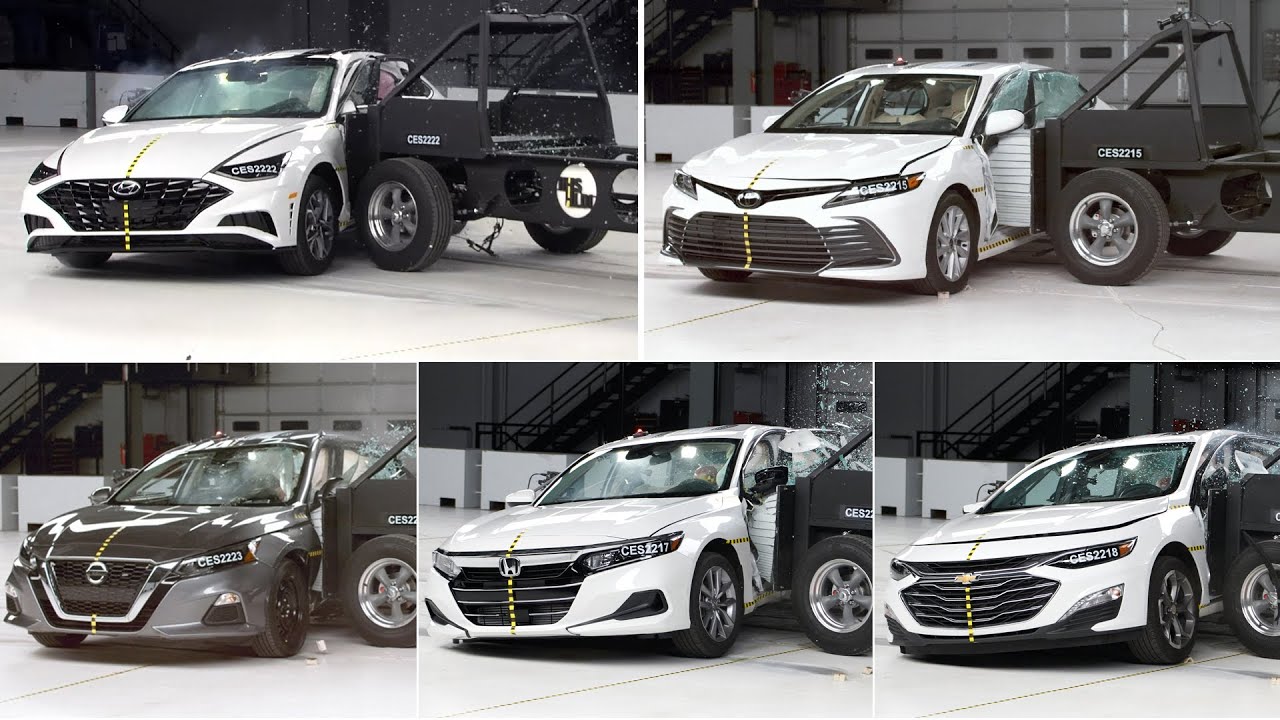 Camry VS Sonata VS Accord VS Altima VS Malibu – New IIHS Side Crash Test. The IIHS this week posted the results of a series of crash tests, where midsize sedans were pitted against the Institute’s revised side-impact crash test. To better simulate the ever-growing share of SUVs, the IIHS boosted the speed of the collision (37 mph, up from 31), as well as the weight of the barrier (4,200 pounds, up from 3,300).

Of the seven vehicles put through this improved evaluation, only one received the IIHS’ top score of Good — the 2022 Subaru Outback, a higher-riding midsize wagon. The 2022 Hyundai Sonata and VW Jetta both earned the next-best Acceptable rating, because the crash test involved a bit more cabin intrusion. The IIHS noted that all three vehicles had head-protecting airbags that performed well.

In the bottom half of the rating spectrum, the Honda Accord managed a score of Marginal. The worst performers were the Chevy Malibu, Nissan Altima and Toyota Camry, which were all rated Poor. On the Accord, the B-pillar made its way into the cabin a bit, and the driver-side dummy’s head missed its airbag and smacked the windowsill. The Altima and Malibu had “substantial” cabin intrusion, according to the IIHS. And all three Poor-rated vehicles had the same issue as the Accord, where the dummy’s head missed the side airbag and hit something much harder.

As the IIHS notes, all seven of these vehicles received a rating of Good in the previous side crash test.

Right now, none of the vehicles mentioned — or any of the other classes of vehicle tested thus far — will lose their current Top Safety Pick or Top Safety Pick Plus ratings. However, that could change in 2023, when this test is officially added to the standard IIHS regimen. At that point, vehicles will need to score Good or Acceptable to earn Top Safety Pick, and Good will be required if a vehicle wants to achieve Top Safety Pick Plus.