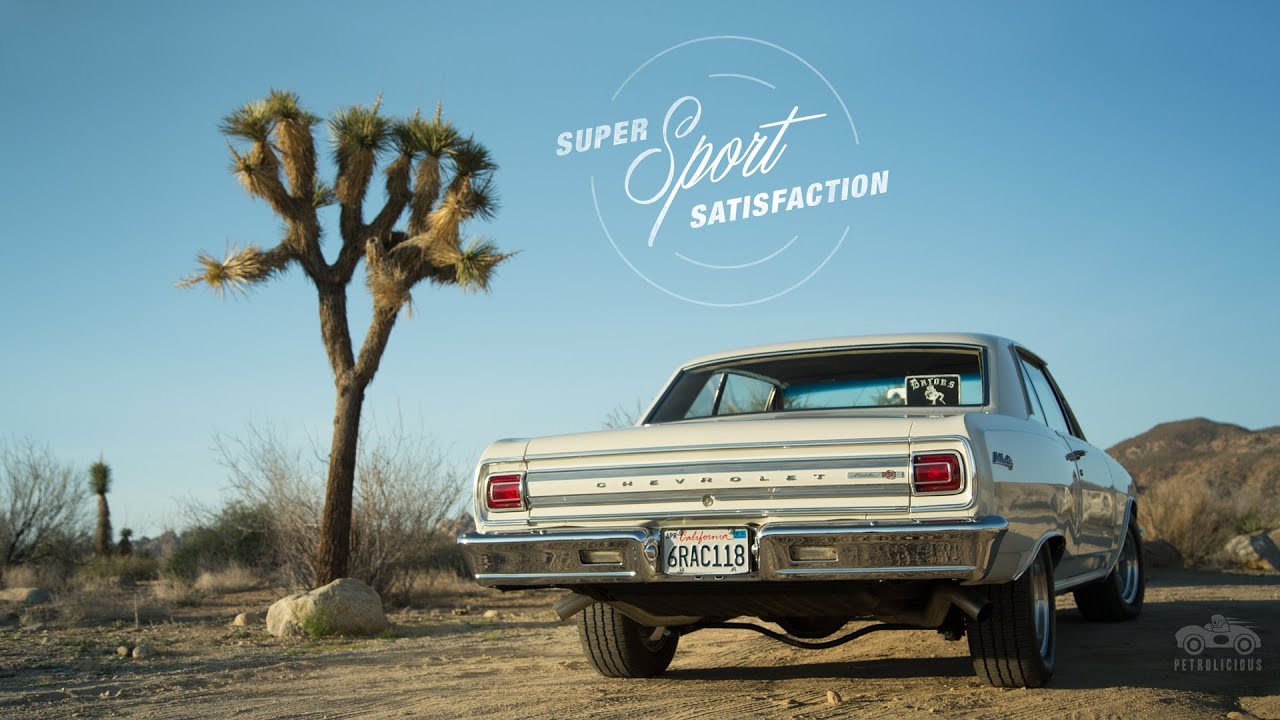 Chevelle Siblings Bring High-Desert Satisfaction. As a youngster pumping high-octane gasoline for local muscle car owners in Southern California’s San Gabriel Valley during the 1960s, Mark Lundquist could only dream of owning a 1965 Chevrolet Malibu Super Sport (SS). As if to make up for lost time, however, Mark now has four Chevy SS cars (as well as a beastly “standard” 1968 Camaro) of varying vintages parked in a Joshua Tree, California, garage that inspires envy in every guest who drops in. And yes, this collection includes a ’65 Malibu SS.

About twelve years ago, Mark went shopping for a Chevy Nomad and just happened across this Malibu. He bought it and proceeded to transform it into the car of his youthful dreams. The Malibu now sports a 502 cubic inch engine, rated at 502 horsepower and 567 lb/ft of torque, enough to glue the driver to his seat, spin the sun visors out of place, and, even at 60 miles per hour, leave tasteful burnout marks along California’s lonesome desert highways.

Across Mark’s shop sits the yin to the ’65’s yang: a 1972 Chevelle SS which Mark calls his “benchmark car.” Where the Malibu takes advantage of every modern convenience to produce maximum power and efficiency, the Chevelle is as unmolested today as it was when it rolled off the factory line. The 402 cubic inch engine produces a “mere” 240 horsepower, downright sedate compared to the Malibu but power aplenty for cruising the long stretches of road across the Mojave Desert.

These SS siblings, along with their automotive roommates, now reside in the garage that Mark always dreamed of building. In addition to being a working garage with two lifts, the adobe structure is also an inviting lounge — complete with sofa, TV with Chromecast, and a fridge full of beer — and a museum to Mark’s years of automotive adventures from Baja to Bonneville. His advice to anyone looking to build a garage of their own: don’t let on to your wife that the shop has more square footage than the house.