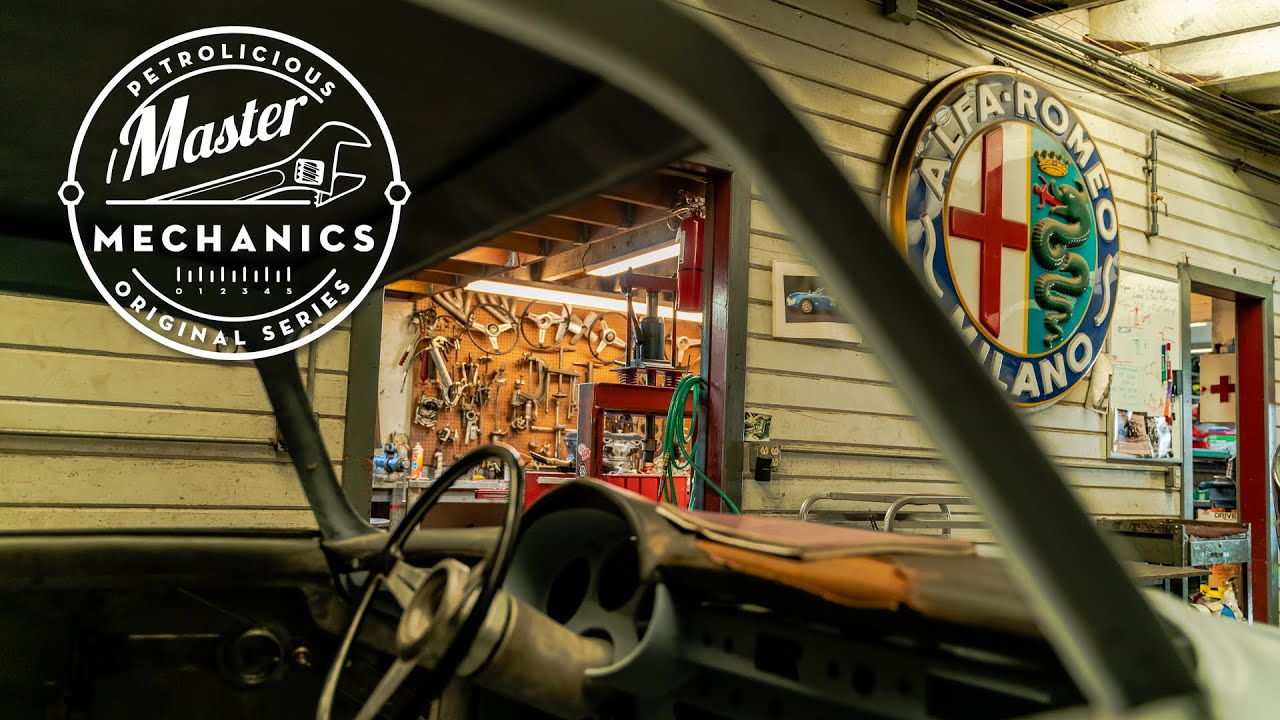 Conrad Stevenson Restorations: An Alfista In America. Growing up in Berkley in the 1970s, Conrad Stevenson saved enough paychecks from his dishwashing job to buy his first Alfa Romeo. He took his driver’s license test in an Alfa, and long before he became one of the world’s go-to guys for restorations, he also used a Giulietta Spider in lieu of a business card. People would ask Stevenson who was responsible for the tuned and dialed car, and he would be happy to share that it was all his handiwork.

Stevenson fell for cars early in life—a year and a half stint as a seven-year-old in Europe with his family proved to have a lasting impact—but he never explicitly planned on making a name for his talents in the world of restorations.

It’s easy to sum up the marque’s influence on his life as a snowball that’s been rolling since his childhood and the first GTV that he saw as a young kid riding a Schwinn Stingray around early-‘70s Berkley. Steven’s passion for Alfa Romeos goes beyond the shapes that are so easy for everyone to love, and by the time the cars are returned to their owners, he’ll have had his hands on every bolt and bit.