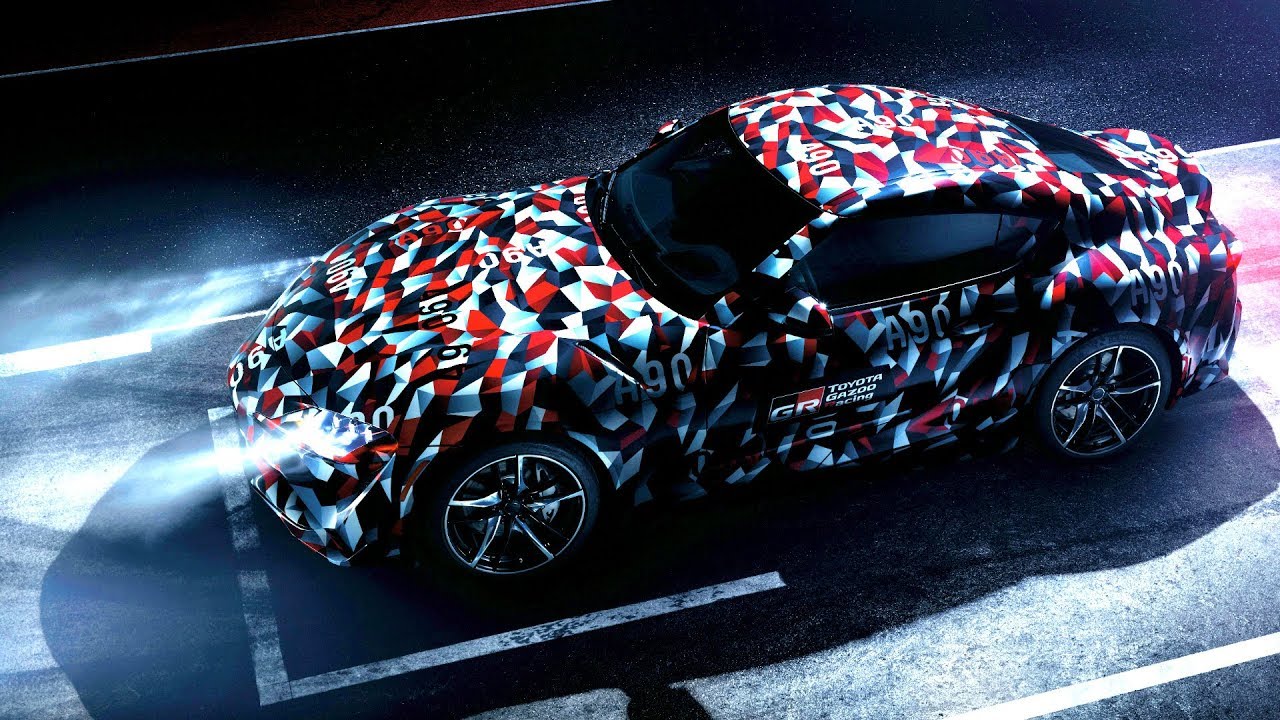 The new Toyota Supra, one of the world’s most keenly anticipated sports cars, will make its international debut in prototype form at the Goodwood Festival of Speed.

The development model will be seen in action for the first time anywhere in the world on the famous hill course at the Festival, making a fitting contribution to the event’s silver jubilee year. The prototype will be driven up the hill course by two of the people leading its development: Chief Engineer Tetsuya Tada, who has overall responsibility for the Supra project, and Master Driver Herwig Daenens.

Following the announcement of a new Toyota Supra at the Geneva Motor Show in March, Toyota can confirm the model will be faithful to its distinguished heritage as a pure, thoroughbred sports car by using a front-mounted, in-line six-cylinder engine and rear-wheel drive.

The Toyota Supra prototype will be camouflaged in the black, red and white colours of TOYOTA GAZOO Racing – the same colours which adorned Toyota’s Le Mans 24 Hour winning TS050 this year, and will be in action on the Thursday, Friday, Saturday and Sunday of the Festival.

Fans will also have the chance to take a close-up look at the Toyota GR Supra Racing Concept. Created by TOYOTA GAZOO Racing, this concept heralded the return of the Supra name when it was unveiled at this year’s Geneva Motor Show. It explores the potential for a high-performance competition model, featuring dramatic bodywork crafted in advanced, lightweight composite materials, lowered suspension, racing wheels and cockpit equipped to competition standards.

TOYOTA GAZOO Racing is the organisation which spearheads Toyota’s global sporting programme and the development of exclusive, performance-focused, GR-branded road cars, including the recently introduced Yaris GRMN. In the FIA World Endurance Championship, TOYOTA GAZOO Racing achieved Toyota’s first victory in the Le Mans 24 Hours with a one-two finish in this year’s race and the No8 TOYOTA TS050 Hybrid which claimed the historic victory will be on display in the competition paddock at Goodwood.

TOYOTA GAZOO Racing also competes at the highest international level in the FIA World Rally Championship with the Yaris WRC, claiming two victories in its debut season in 2017 and scoring a win on Rally Argentina and a number of podium finishes so far this year.

Toyota expects its new Toyota Supra to reach the market during the first half of 2019.