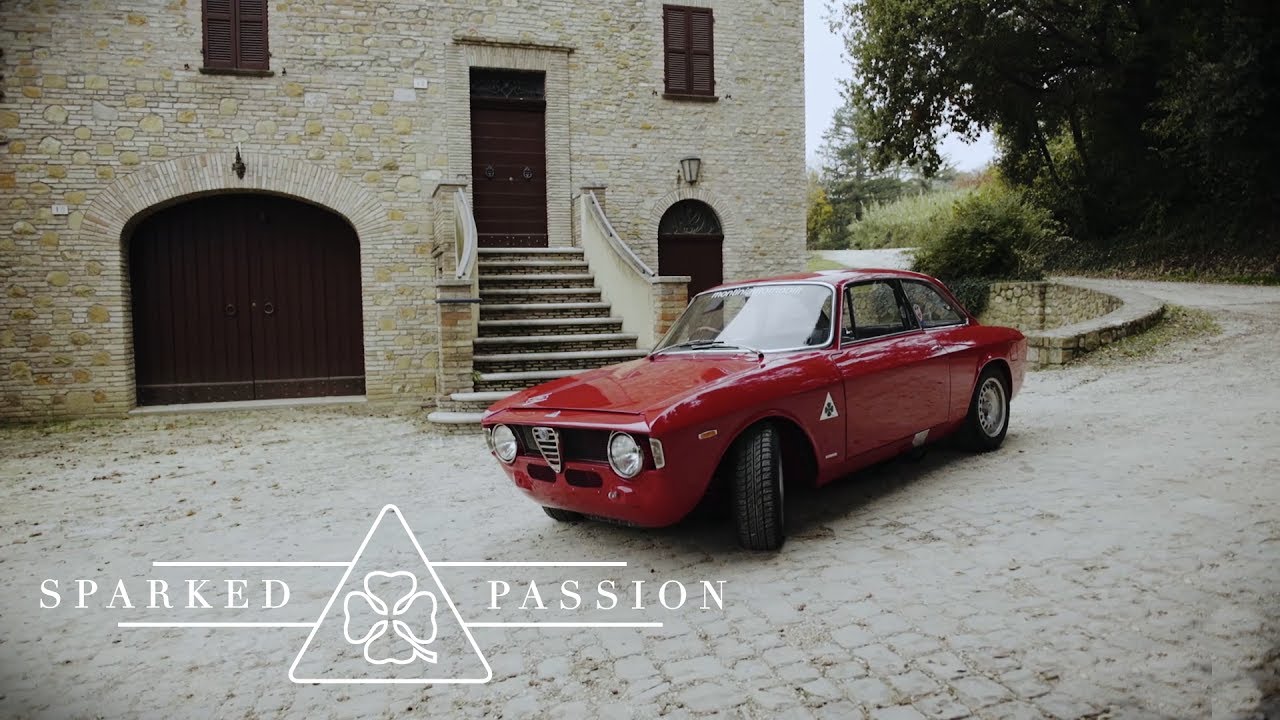 Corsa-Spec Alfa Romeo GTA Sparks Its Pilot’s Passion. This week we take a very special ride in one of Italy’s most celebrated and pedigreed entries in the book of automotive history: the Alfa Romeo GTA. While many get worked into a frenzy over the lightweight Bertone coupe’s rich racing history, that’s not what sparks this Alfista’s passion for the aluminum Alfa.

Instead, owner Filippo Montini tells us that “The passion I have for this car is not due to its value or because it is rare, nor for its heritage. It’s just that when I get in it, and I close the door, I am in my own special world. I tune everything out. I leave for a timeless dimension; it is where I go to blow off steam.” In case you’re unfamiliar, the GTA is widely considered one of Alfa Romeo’s motorsport masterpieces, securing the Division 2 European Touring Car Championship in 1966, 1967, and 1969. Although it is based on the road-going Tipo 105 Giulia Sprint GT, the GTA is an Autodelta-built special built from the ground up for ultimate overall performance.

The GT Alleggerita, meaning “lightweight,” features an abundance of plastics and an all-aluminum body skin to bring the pounds way down. Various magnesium components—including the featherweight 14-inch wheels, valve cover, timing cover, and bell housing—further eliminated unnecessary weight. Under the letterbox hood is a 1600cc twin-cam inline-four fitted with an upgraded distributor, larger 45mm carburetors, and most significantly, a trick twin-spark aluminum head that in Stradale trim made approximately 115 horsepower—Montini’s GTA, now in full Corsa spec, makes a screaming 160 from the little mill.

Peering over the crisp Giorgetto Giugiaro-penned lines of this pristine GTA, you wouldn’t guess it was once a dismantled disaster of parts when Montini acquired it a decade ago. “We bought the GTA sight unseen because it was disassembled, without thinking what the build would entail,” (Montini cannot say this without a smile on his face), “without assessing the risks that we could run into with a car of this type.” After looking over the parts spread throughout a friend’s garage, they discovered the car was “all there” as promised: some assembly required.

Montini recounts, “We took all the crates home, and little by little—like a puzzle—we were able to rebuild the whole car.” And although it took Montini and his father three years of persistence to complete the project, now with a Certificate of Authenticity from Alfa Romeo, their efforts were well worth the work. With only 500 1600cc-spec GTAs produced for homologation, Montini’s is just one of 49 made in right-hand drive configuration, making it all the more rare.

But as mentioned, these bonuses are almost meaningless to this Alfaholic. For Montini, it’s about what the twin-spark powered drive delivers rather than whatever bragging rights it brings to the table: “This car gives me emotions that cannot be put into words. It is such an intimate experience, that I jealously cherish it.” We would too Mr. Montini.