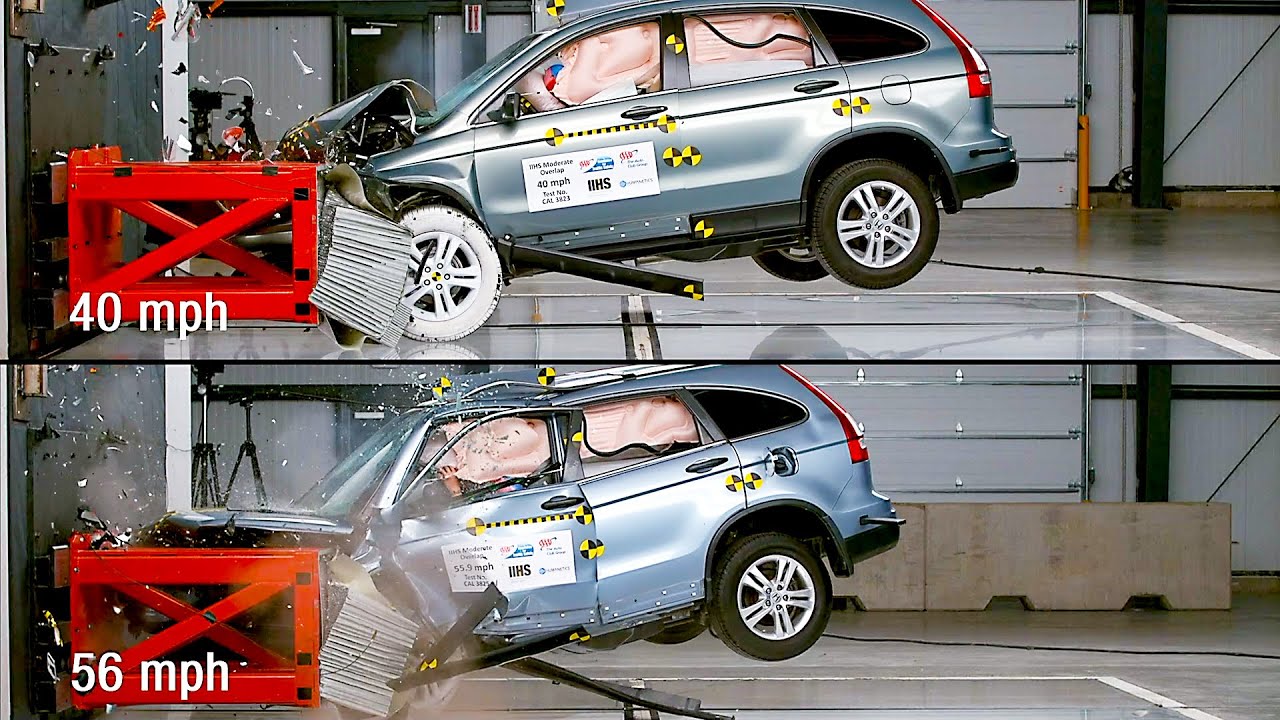 Small speed increases can have huge effects on crash outcomes, as shown in new crash tests by the AAA Foundation for Traffic Safety, the Insurance Institute for Highway Safety (IIHS) and Humanetics. The safety organizations conducted crashes at three different impact speeds (40, 50 and 56 mph). They found the slightly higher speeds were enough to increase the driver’s risk of severe injury or death.

The AAA Foundation collaborated with IIHS and Humanetics to examine how speed affects the likelihood and severity of occupant injury in a crash. Three 2010 Honda CR-V EX crossovers were used because they represented the average age (11.8 years) of a typical vehicle on U.S. roadways and earned the top rating in the IIHS moderate overlap front test.

As the crash speed increased in the tests, researchers found more structural damage and greater forces on the dummy’s entire body.

“Higher speed limits cancel out the benefits of vehicle safety improvements like airbags and improved structural designs,” said Dr. David Harkey, IIHS president. “The faster a driver is going before a crash, the less likely it is that they’ll be able to get down to a survivable speed even if they have a chance to brake before impact.

“Our crash test dummies are instrumented with hundreds of sensors to measure the injury risk so that we understand the scientific limits of safety and injury prevention. Understanding that the risk of serious and permanent injury becomes significantly higher in crashes beyond statutory speed limits clearly demonstrates why there are limits in the first place,” commented Jack Jensen, vice president of engineering at Humanetics.