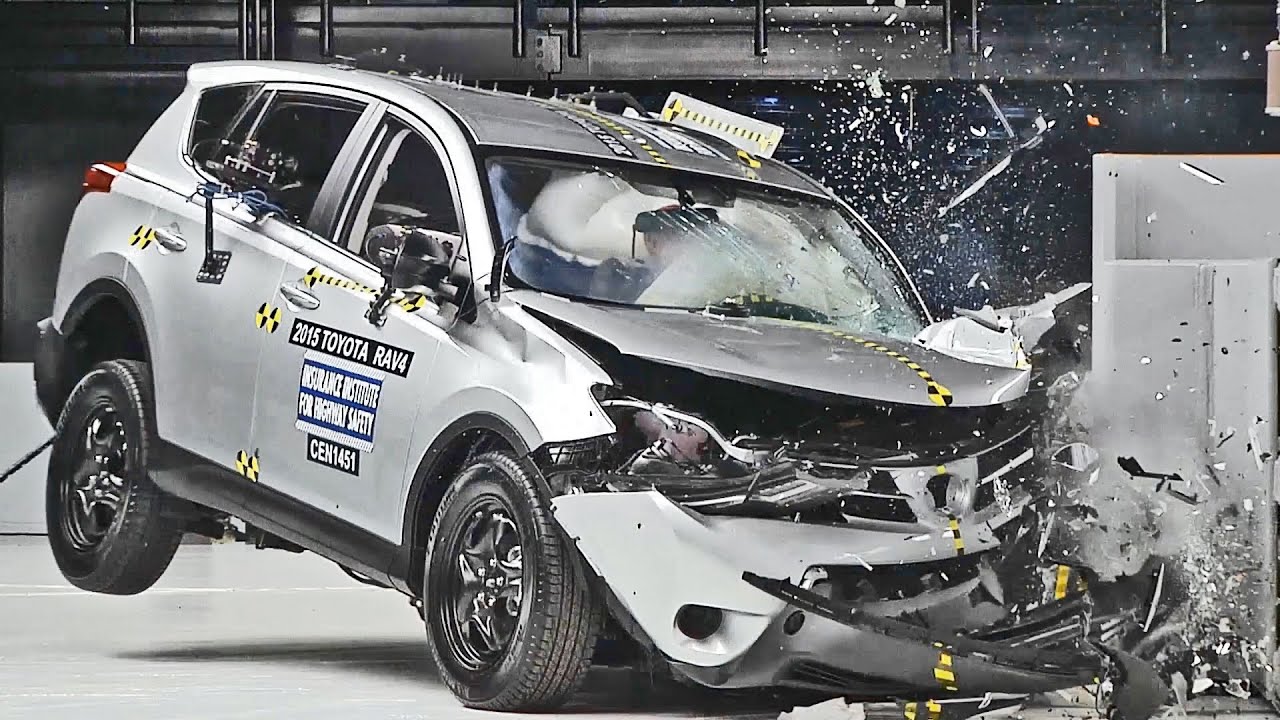 CRASHES 2015 Toyota RAV4 – Driver side vs. Passenger side. Drivers of vehicles with good small overlap front ratings from IIHS can expect to be protected well in a frontal crash involving the left corner of the vehicle. But how would the passengers sitting next to them fare in a right-side small overlap crash? A new study shows that good protection doesn’t always extend across the front seat.
The Institute conducted 40 mph passenger-side small over- lap tests on seven small SUVs with good driver-side small overlap ratings.

The 2015 Toyota RAV4 and the 2014 Nissan Rogue were the only vehicles to appear asymmetrical. In the passenger-side test, the RAV4 was the worst performer. If the Institute issued ratings for passenger-side protection, the RAV4 would earn a poor rating.