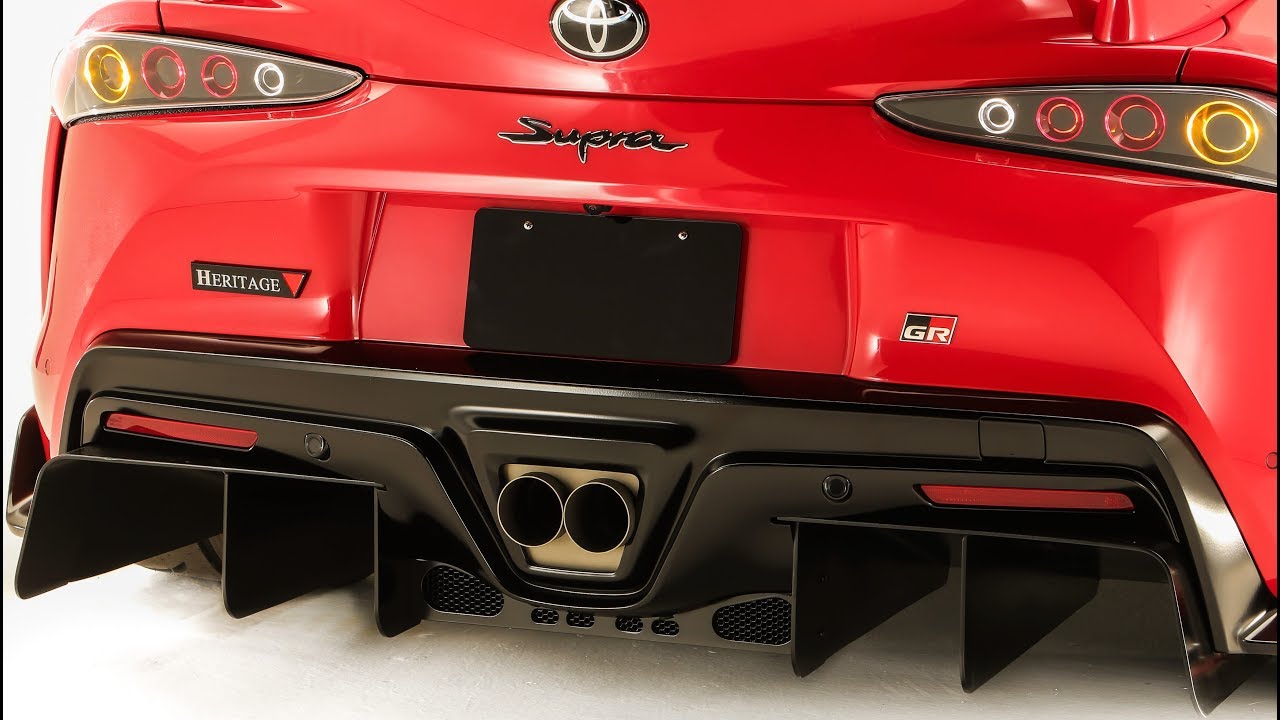 The Toyota Genuine Accessory Team cast its vision of “a Supra for the masses” and dubbed it the Wasabi Concept. This GR Supra features massive Brembo B-M Brakes, Öhlins suspension upgrades, Toyota forged aluminum wheels and Five Axis aero parts that are sure to spice things up for the enthusiast driver.

TCD created the 3000GT Concept as a tribute to the iconic TRD3000GT Supra body kit of the mid-90s that was released in celebration of the Supra’s success in JGTC competition. This modern take on that era of racing will stir up feelings of nostalgia among Supra race fanatics.

The GR Supra Heritage Edition was inspired by the vision of GVP, Toyota Division Marketing, Ed Laukes. He tasked Marty Schwerter of Motorsports Technical Center to blend elements of the MKIV Supra from the late-90s with the new 2020 GR Supra. This infusion of style pays tribute to the Supra’s heritage. Tuned to produce over 500 horsepower on a stock long block, this homage to the past produces tire-melting performance that complements its new retro-modern aesthetics.

The GR Supra HyperBoost Edition is NASCAR analyst and broadcast personality, Rutledge Wood’s dream build. Wood, a self-proclaimed Supraphile, expressed his vision for the Supra to his builder, Rick Leos of Lucky Leos 17 Motorsports. They transformed his concept into reality as his aptly named project features a custom turbo kit that more than doubles the output to 750-plus horsepower. A 20-piece carbon-fiber wide-body kit gives this hyper-boosted machine more aggressive body lines with broad shoulders and a menacing stance.

The GR Supra GT4 debuted at the 2019 Geneva Auto Show this past March. This concept drew the attention of drivers interested in getting involved in the popular GT4 racing class. Developed by Gazoo Racing, this well-balanced chassis features an FIA compliant cage, racing suspension components, Brembo racing brakes, OZ Racing wheels and a host of motorsports components. The GT4 class is going to really heat up with this turn-key race car!