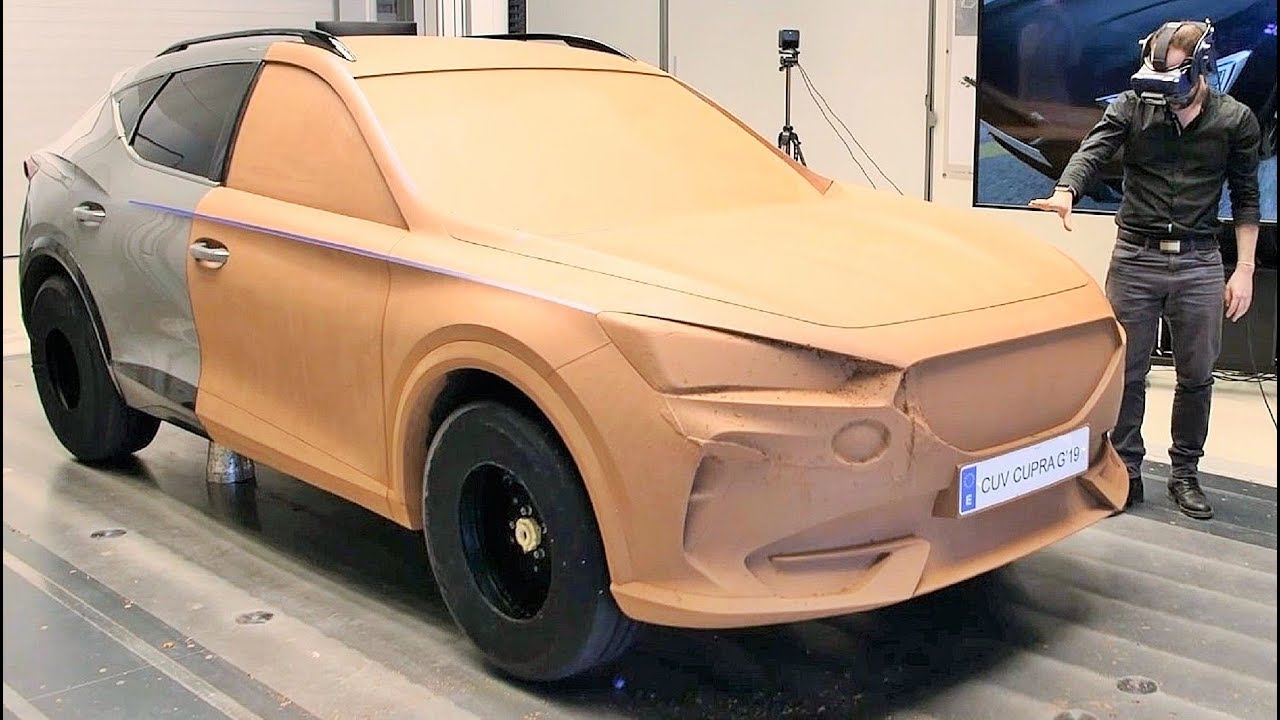 A floating screen or integrated in the dashboard? The creation process of a concept car – a design exercise that shapes the guidelines for future development, raises hundreds of questions and requires hours of sketching, hundreds of renders, narrowing down ideas and fresh starts. In total, six months of work that can be summed up in three stages featuring the CUPRA Formentor in the starring role:

1 – Turning ideas into pictures: “A car you want to run your hands over”. This is the vision used by Alberto Torrecillas, exterior designer of the CUPRA Formentor, when he began his initial sketches. “Working on the design of a concept car gives us more creative freedom. First, we commit ideas to paper. Some designers like to begin drawing on a graphics tablet, but I much prefer freehand pencil sketches on paper and coming up with different proposals”. The ideas flow in the form of sketches, dozens of drawings that begin to show the natural volumes and give the feeling that the car looks as if it is moving even when stationary.

Meanwhile, the Color & Trim team turns its full attention to touch-related sensations and colours. This is where the latest technology meets craftsmanship. Fabrics and materials have to be selected and the interior and exterior colours have to be designed.

2 – The CUPRA, on the streets of Barcelona with no factory intervention: Once the design has been shaped, it’s time to bring it to life and this is where technology comes into play. CAD designers (Computer Aided Design) turn the drawings into 3D graphics in order to begin modelling the exact shapes of the car and fitting all its features and elements. In this stage, verifications are also made to ensure that all the necessary technical requirements are met to make the vehicle.

Thanks to virtual reality, the car can magically be seen in the middle of Barcelona’s Avenida Diagonal as if it were real. “We can validate 75% of the design with two dimensions, while with 3D it goes up to 100%”, explains Manel Garcés, who is responsible for the visualisation department.

This process takes place for both the exterior and interior of the vehicle. There has been a radical change in recent years in how to go about designing the interior. “We used to design the whole package and at the end decide where to place the radio, the buttons…Today we start by positioning the screen and decide on its display; then we take care of the rest”, points out Jaume Sala, who is responsible for interior design at SEAT.

In order to adapt to this disruption, SEAT has a Design Digital Lab, where the digital interaction experiences are defined. The lab’s priority is to simplify the user experience and make the maximum amount of information available in the least number of steps. In the case of the CUPRA Formentor, the result is two years of testing with the simulator and more than 3,000 icons to define the digital instrument panel on a 10 inch screen.

3 – A clay model: The team of model makers uses 700 kilos of clay to finally turn the design of the CUPRA Formentor into a physical life size model that can be seen and touched, both inside and out. “During the creation process of a concept car, the designers make continuous changes to the model and we’re right up there with them. This synthetic industrial material enables us to make changes on the fly and when seeing the end result nobody would say that the car is a clay sculpture”, says Carlos Arcos, who is responsible for exterior modelling.