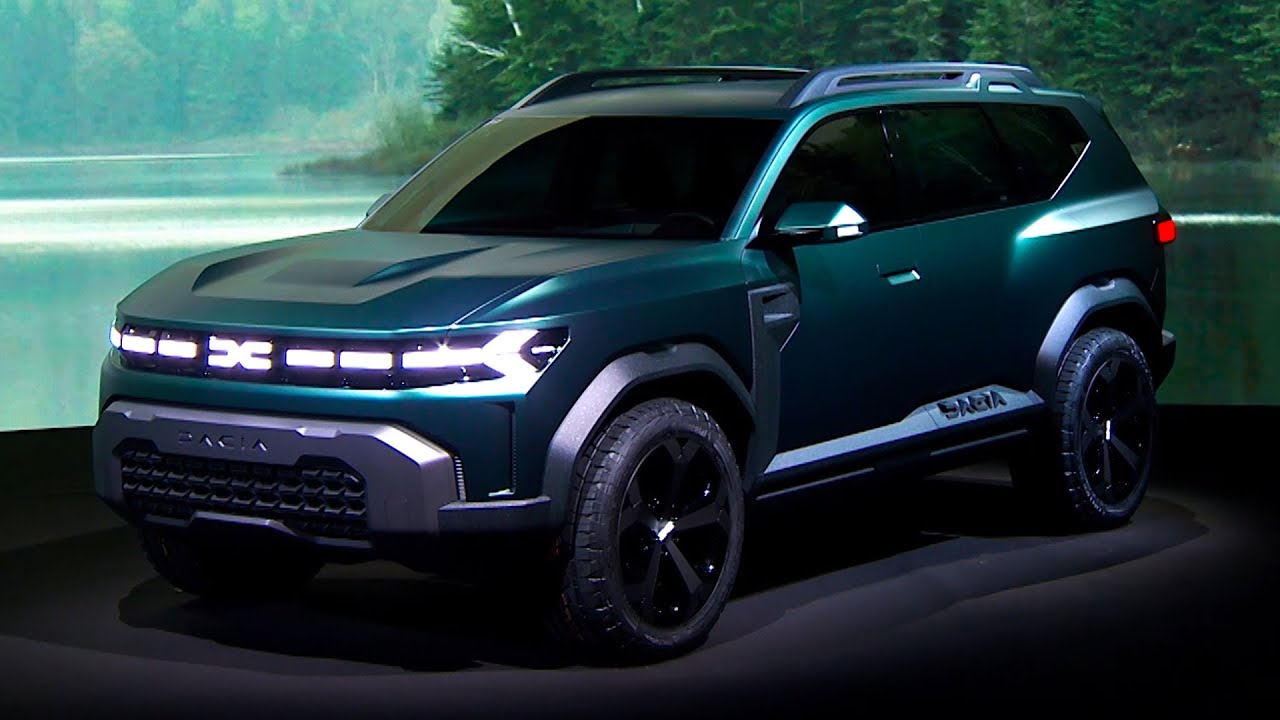 Dacia Bigster concept – New mid-size SUV will sit atop the iconic Duster. Rumors surrounding a new Dacia flagship SUV have been circulating for years, and the Romanian automaker (through its parent company Renault) has just put an end to them by presenting the Bigster Concept.

The study offers an initial glimpse into the brand’s second SUV after the Duster, which will launch by 2025, according to the official road map released by the Renault Group earlier today, joining two new B-segment cars due in 2022 and 2024.

At 4.6 meters (181 in) long, the Bigster is almost as big as the Skoda Kodiaq, which measures 4,697 mm (185 in) in length, making it 280 mm (11 in) longer than the second generation Duster. As a result, it promises to offer “a very spacious interior”, according to the automaker, and should get the option of a third row, previous reports have shown, but this has yet to be confirmed.

Its silhouette is not far off from the Duster, but from a design standpoint, the Bigster looks like no vehicle in Dacia’s portfolio. It has a very futuristic lighting signature up front, chunky cladding on the lower parts of the body made of recycled plastic, a muscular bonnet, wide fenders and Y-shaped horizontal taillights. Unless Dacia surprises us, you should expect a far less dramatic design when the vehicle hits production in around four years from now.

“Dacia Bigster Concept epitomizes the evolution of the brand”, said Design Director Alejandro Mesonero-Romanos. “Essential, with a touch of cool and an outdoor spirit. It proves that accessible is not opposed by any meanings to attractiveness. At Dacia we believe so, and this car is the proof.”

The SUV will be built on the CMF-B platform, shared with the latest Logan and Sandero, Renault Clio and Captur, and Nissan Juke and Note. The powertrain lineup will be announced in due course, but it should include several petrol engines and at least one hybrid.