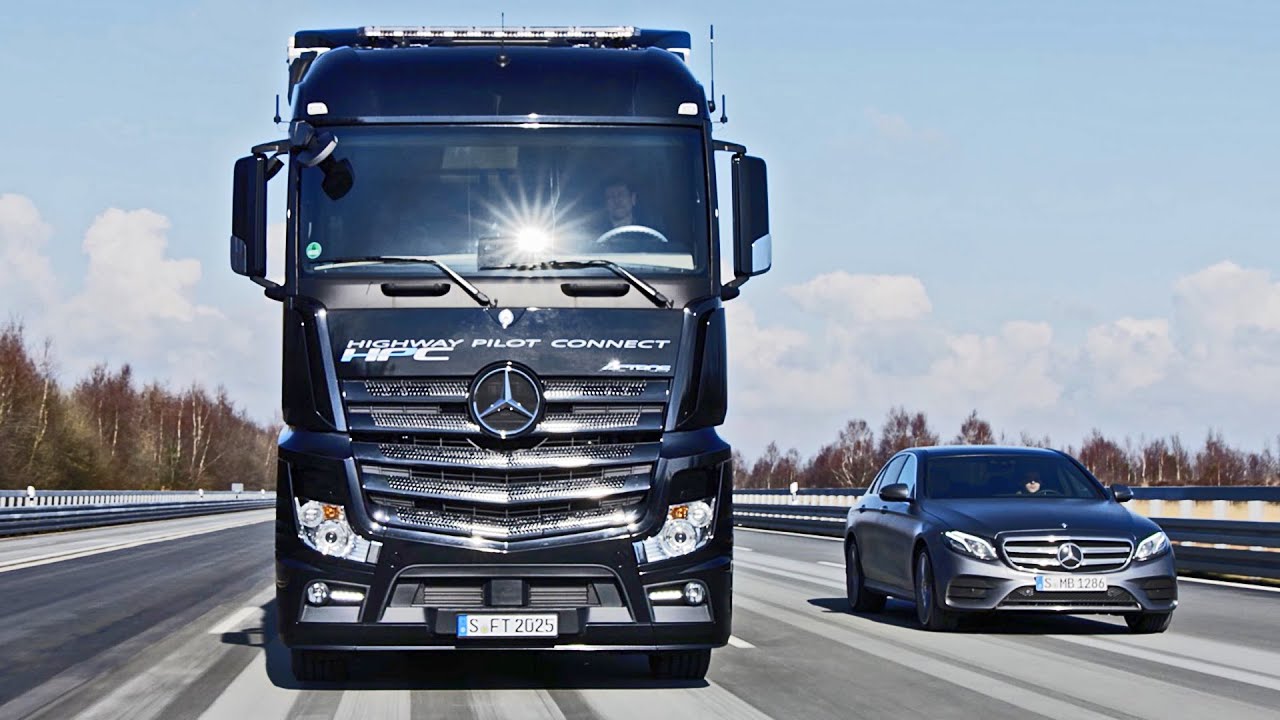 Daimler Trucks Highway Pilot Connect – Demonstration. Daimler Trucks generates valuable information to a previously unimaginable extent with its approximately 400 sensors per vehicle and is fully connected with software including 100 millions of lines of code – more than a passenger jet.

On the A52 autobahn near Düsseldorf, Daimler Trucks presented an impressive example of the possibilities opened up by the digital connection of trucks: Three WiFi-connected, autonomously driving trucks operated on the autobahn with authorization for public traffic as a so-called platoon. Such a combination can reduce fuel consumption by up to seven percent and the road space requirement on motorways by almost half – while improving traffic safety at the same time. Based on the Daimler Trucks Highway Pilot system for autonomously driving heavy trucks, the three trucks link up to form an aerodynamically optimized, fully automated platoon. Daimler Trucks calls this advanced system development Highway Pilot Connect.