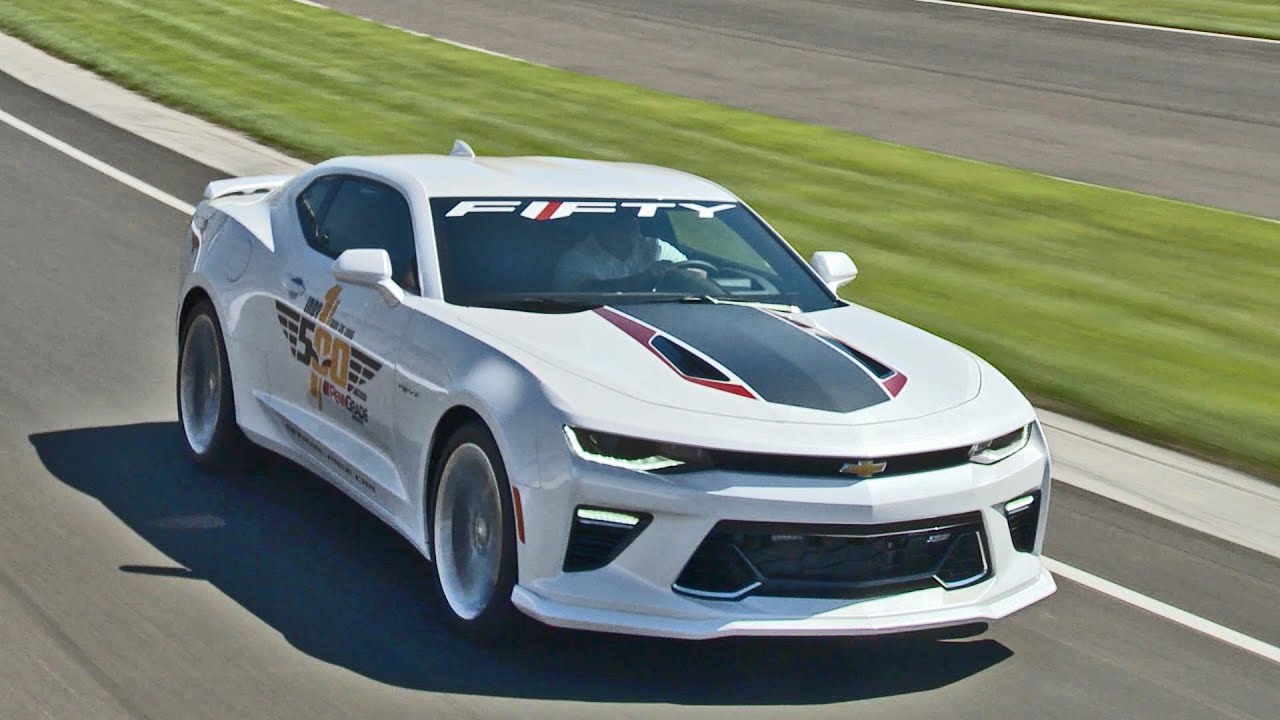 It’s the ninth time Camaro has served as the pace car and the 27th time for Chevrolet, dating back to 1948.

Four identically prepared pace cars will support the race, all with exclusive Abalone White exteriors featuring “100th Running of the Indianapolis 500” graphics on the doors and the iconic Indianapolis Motor Speedway wing-and-wheel logo on the quarter panels. They also incorporate the exterior cues and graphics that are unique to the Camaro 50th Anniversary package that goes on sale this summer.

With 455 horsepower on tap, the Camaro SS pace cars require no performance modifications to lead the racing field.

The 50th Anniversary Edition honors the distinctive looks and performance that have always set the Camaro apart. It is offered on 2LT and 2SS coupe and convertible models, all with Nightfall Gray Metallic exteriors featuring a 50th Anniversary stripe package and badges – and a black top on convertibles.