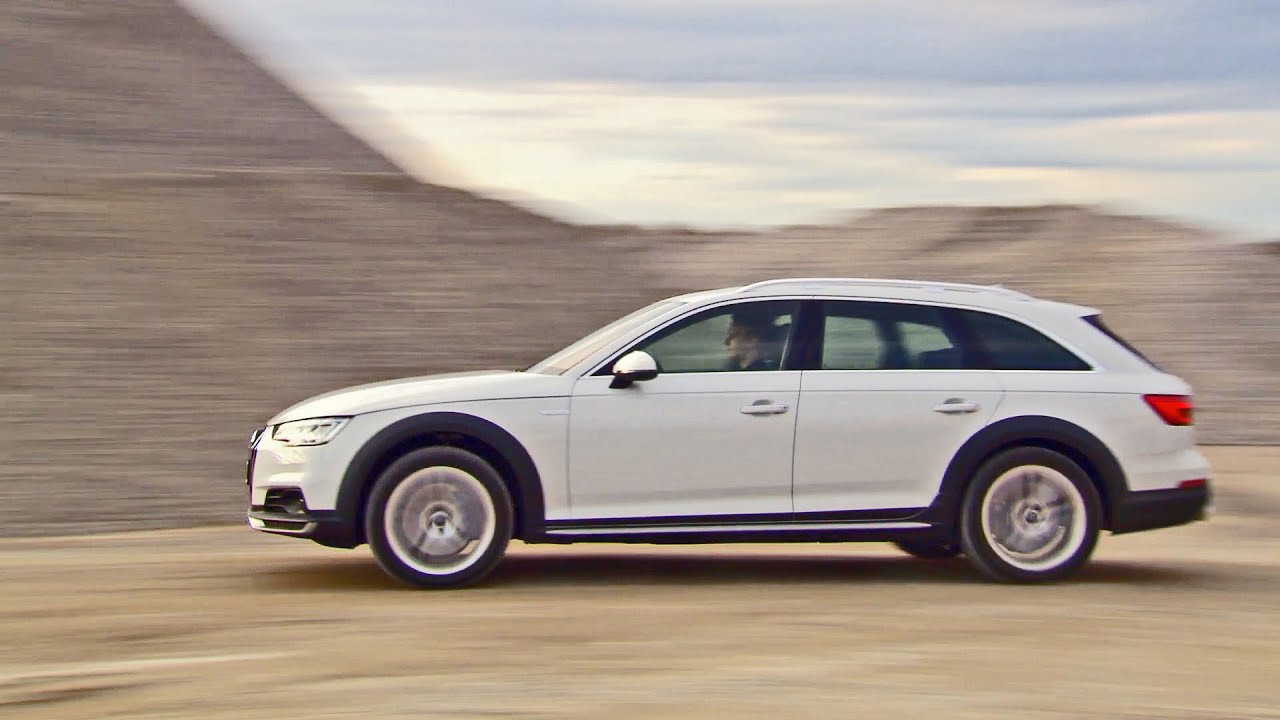 FOOTAGE: 2017 Audi A4 allroad quattro. The new Audi A4 allroad quattro is defined by a truly unique look. Above all, the powerfully flared wheel arches and rear bumper attract attention. They are designed in either textured gray matt or in the exterior color. The sturdy underbody protection and rear diffuser are finished in selenite silver. The distinctive sporty front end with its jagged headlights, independent bumper and model-specific air inlets underscore its extroverted character. Vertical chrome louvers accentuate the sculpted Singleframe grille. The front fenders and the tailgate sport “allroad” logos. The higher roof rails round out the typical “allroad” look.

The torque-strong TFSI and TDI engines in the Audi A4 allroad quattro offer improved performance with better efficiency. The TFSI and five TDI engines produce between 110 kW (150 horsepower) and 200 kW (272 horsepower), which is up to 20 kW (27 hp) more than in the previous model. Power transmission is handled by a manual 6-speed gearbox, the new seven- speed S tronic or the further developed eight-speed tiptronic. quattro all-wheel drive is standard. The new quattro drive with ultra technology is making its debut in the Audi A4 allroad quattro 2.0 TFSI. It implements a very efficient operating strategy.

Compared with the previous model, the list of standard equipment is even more generous. It includes xenon headlights, a start-stop button for keyless engine starting, the Audi drive select handling system (from 140 kW), a Bluetooth interface and a 7-inch MMI color display. The new Audi A4 allroad quattro is coming to dealerships in Germany and other European countries in summer 2016 with prices beginning at 44,750 euros.