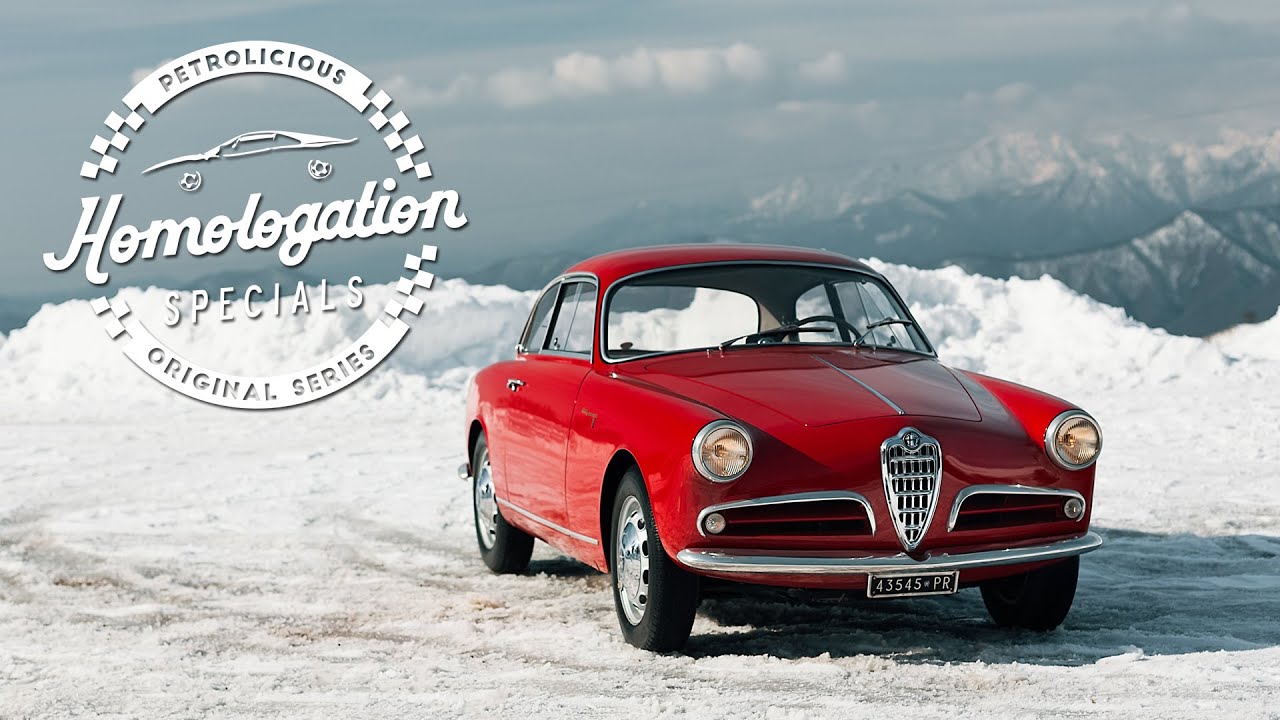 Homologation Specials: 1957 Alfa Romeo Giulietta Sprint Veloce ‘Alleggerita’. Before the Second World War, Alfa Romeo’s racing program brought a steady influx of trophies into the company case, but the post-conflict reality dictated change in the industry. Production shifted away from luxurious low-volume sedans and sports cars into more plentiful and affordable machines throughout Europe, and Alfa Romeo’s answer was the Giulietta.

The standard models were good-looking, economical, and fun to drive, but they also helped the brand reestablish itself in the racing world by serving as a basis for high performance models like the car featured in this week’s film.

We join Alain de Cadenet in the snowy ranges of northern Italy for a look at one of the special Giulietta variants that helped underpin the brand’s reemergent motorsport profile: the Sprint Veloce. The Sprint Veloce took the beautiful Giulietta Sprint coupe designed by Franco Scaglione and upgraded it for sporting use, and customers could go a step further and spec a lightweight, or “Alleggerita” version like one profiled in the film.

The lightweight treatment included replacing the side window glass with plexiglass, the steel hood, trunk, and doors with aluminum, as well as the removal of the rear bench seat. The sound deadening was thrown out in favor of lightness too, and even the door of the glovebox was eschewed in pursuit of a better power-to-weight, while the higher-compression, dual-carb version of the inline-four made it so both sides of the ratio were improved in their own rights.

This Giulietta simultaneously stands as an example of the manufacturer’s post-war pivot and its earlier concentration on low-volume specialty vehicles, and if you think it’s something of an ideal representation of road-going Alfa Romeos we’d be inclined to agree.