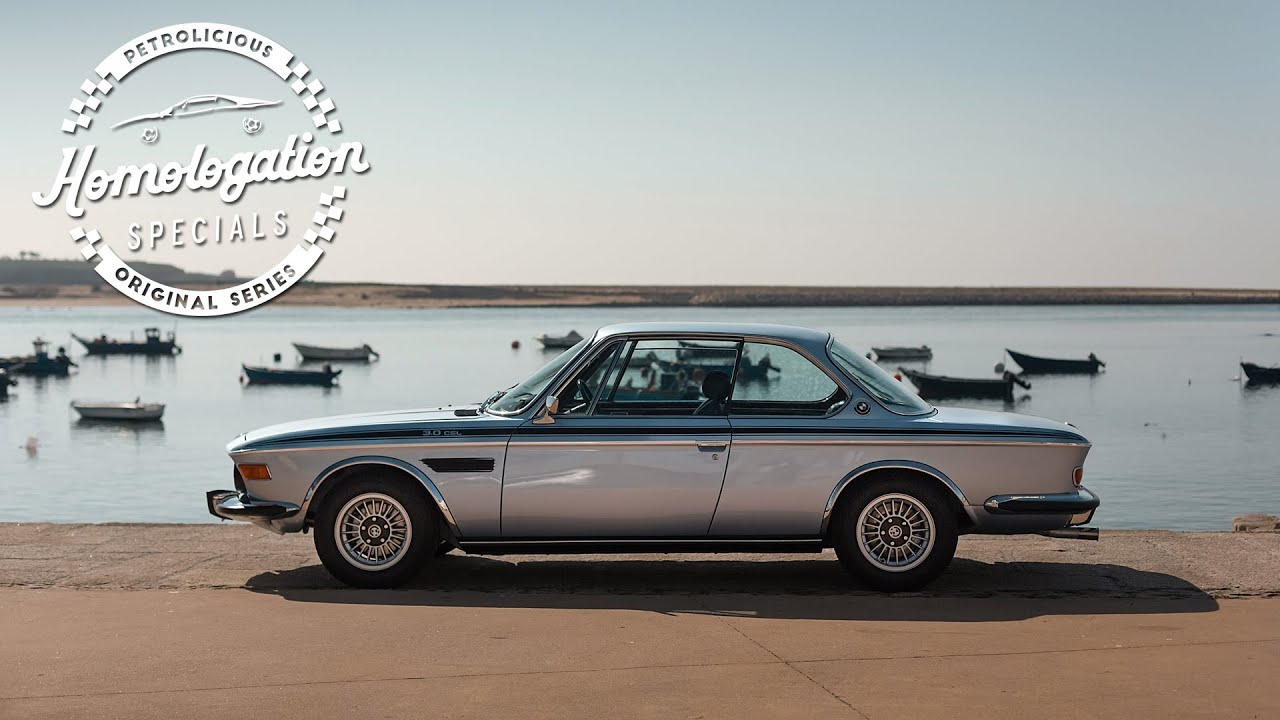 Homologation Specials: 1972 BMW 3.0 CSL. In this episode of Homologation Specials, Alain de Cadenet spends an afternoon with BMW’s supremely beautiful bid for touring car supremacy in the 1970s, the 3.0 CSL. Conceived by a group of brilliant minds at Alpina and BMW Motorsport, the CSL more than measured up its task in the European Touring Car Championship, winning the manufacturers’ title in 1973, ’75, ’76, ’77, ’78, and ’79. Proving its endurance chops for good measure, it also won its class at Le Mans in 1973, and overall at the 1975 12 Hours of Sebring and the 1976 Daytona 24 Hours.

“Dominant” is an understatement of the car’s abilities on the race track, but the road-going versions of the CSL are revered by enthusiasts for their own merits. By starting with the pretty looking, but also pretty big and heavy E9 platform, BMW’s then newly formed racing department—BMW Motorsport, conceived by Bob Lutz and Jochen Neerpasch—had the task of removing as much weight as possible from the big coupe while keeping the car street legal. Using Alpina’s earlier work on E9-based racing cars in the late 1960s and early ‘70s, Neerpasch’s team of engineers and designers replaced the steel hood, trunk, and doors with aluminum, thinned the windshield and traded the rest of the greenhouse for Perspex, got rid of the carpets, ditched the chrome bumpers for fiberglass, and among other dieting techniques they even thinned the carpets and headliner.

Later iterations of the CSL added back some creature comforts, swapped carbs for injection, and included an option for a wild aero kit that earned such equipped cars the “Batmobile” nickname. For this film, Alain is driving one of the more civilized city pack-equipped British market CSLs—while not the lightest nor the most radical of the bunch, there is no such thing as a boring example of this car. The CSL’s massive success on the track and in pop culture laid the foundation for what we now call BMW M, and to this day it is arguably the division’s greatest accomplishment.