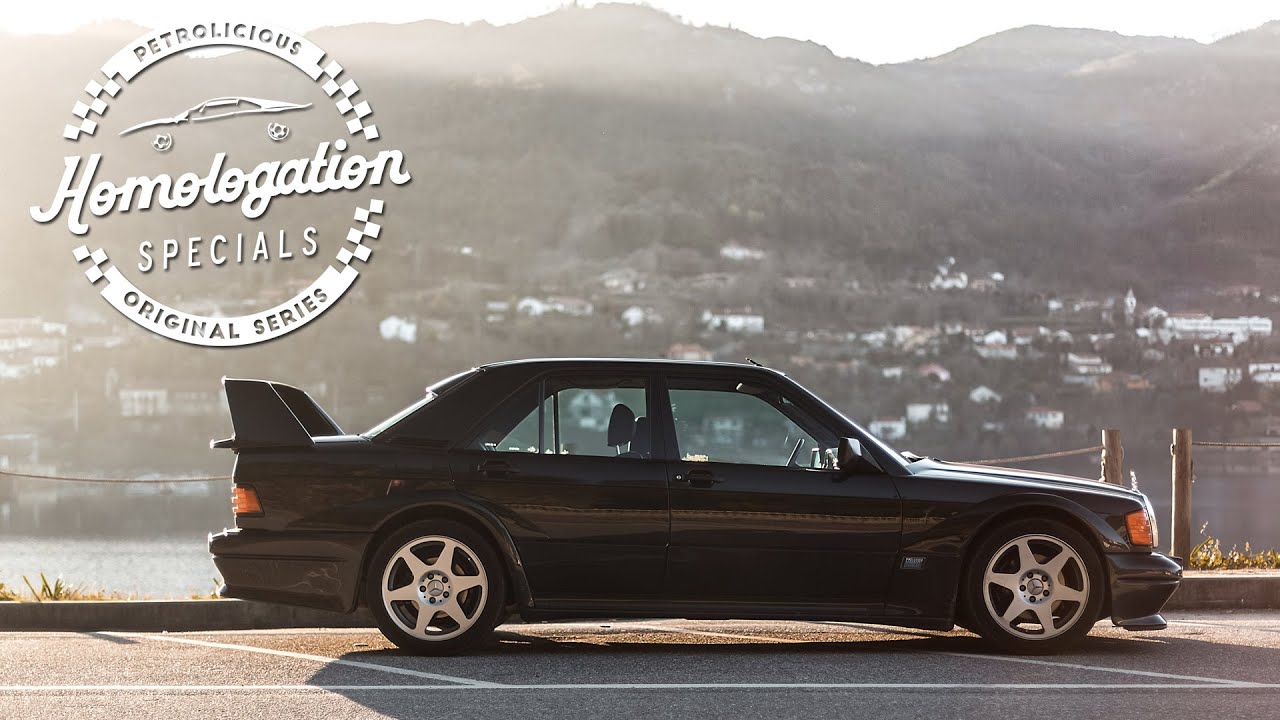 Homologation Specials: 1990 Mercedes-Benz 190 E 2.5-16 Evolution II. In the 1980s and ’90s, Mercedes-Benz produced nearly two million units of the 190 compact sedan, but these were not created equally. The variants of the entry-level Merc ranged from  beige Moroccan taxi cabs with workhorse diesels under the hood and fewer amenities than a room at the YMCA, to the homologation specials with Cosworth-and-AMG-developed engines wearing aero kits shaped by wind tunnels and phDs.

The ultimate road-going iteration, the 190 E 2.5-16 Evolution II featured in today’s film driven by none other than Alain de Cadenet, was born to support Mercedes’s battle with BMW and Audi in the Deutsche Tourenwagen Meisterschaft (DTM), homologating the competition version that went on to win the manufacturers’ championship in 1991 and 1992, besting its rivals during one of the headiest periods of touring car motorsport.

But even without the achievements of its racing relative, the street legal version was fated for infamy. The almost egregiously tall rear wing and the rest of the bodywork augmentations are emblematic of the era it was born into, and although its styling has been polarizing car enthusiasts for three decades and counting, there is no denying that this car has presence. It’s a lot to look at, but what’s it like to drive? Is there a better way to answer that question than to put one in the talented hands of Alain de Cadenet on a winding mountain road in Spain? Not likely.