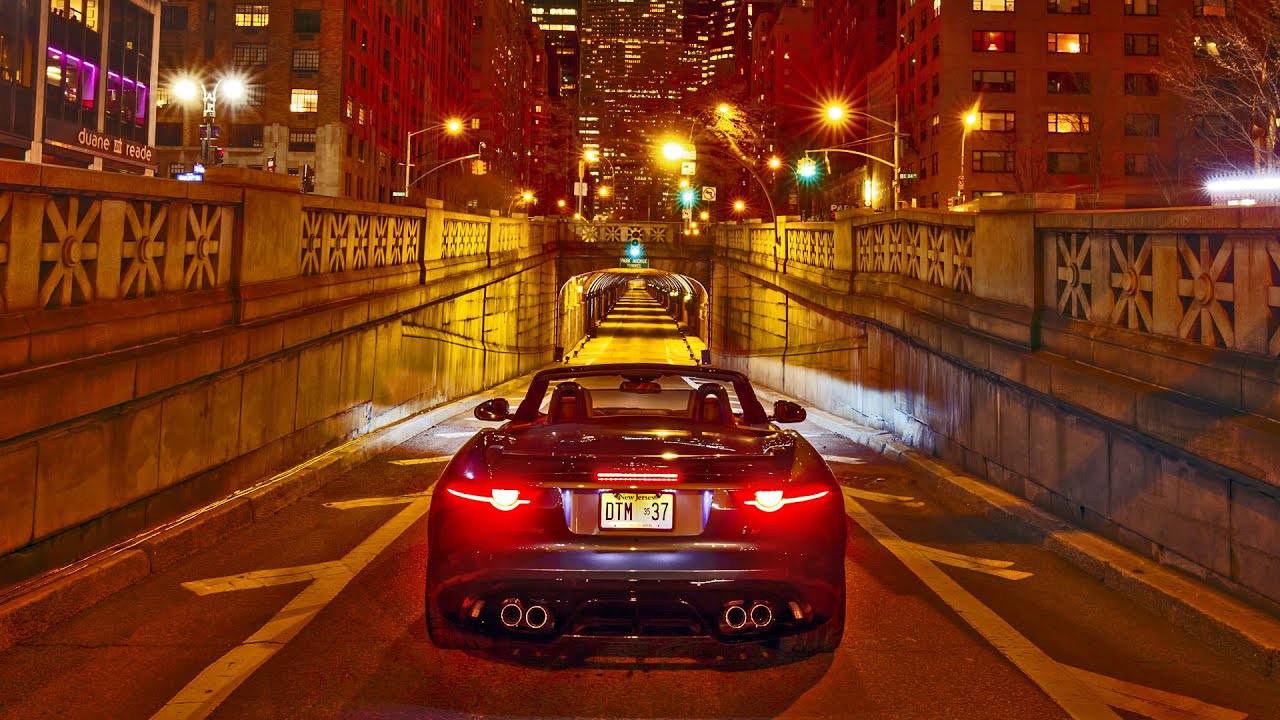 Jaguar F-Type SVR in Tunnel in New York. New York City’s Park Avenue Tunnel was tonight closed off to the public as British car manufacturer Jaguar showed off the truly distinctive sound of the new F-TYPE SVR ahead of the 2016 New York International Auto Show (NYIAS).
Along with its performance and handling, the sound is one of the most loved features of Jaguar’s F-TYPE. The tunnel, which passes under seven blocks of the iconic Park Avenue area in Manhattan, provided a truly unique environment to experience the even more distinctive, purposeful, harder edged sound delivered by the new Titanium and Inconel exhaust system, enhancing the F-TYPE SVR’s performance character still further.
The F-TYPE SVR also features the latest evolution of Jaguar’s 5.0-litre supercharged V8 to deliver increased engine output and the ultimate in performance and driver reward.
The F-TYPE SVR is the first Jaguar SVR and the fastest F-TYPE ever with a top speed of 200mph. The F-TYPE SVR has been developed by Jaguar Land Rover Special Vehicle Operations to be lighter, quicker, faster and more powerful while remaining tractable and useable day-to-day.