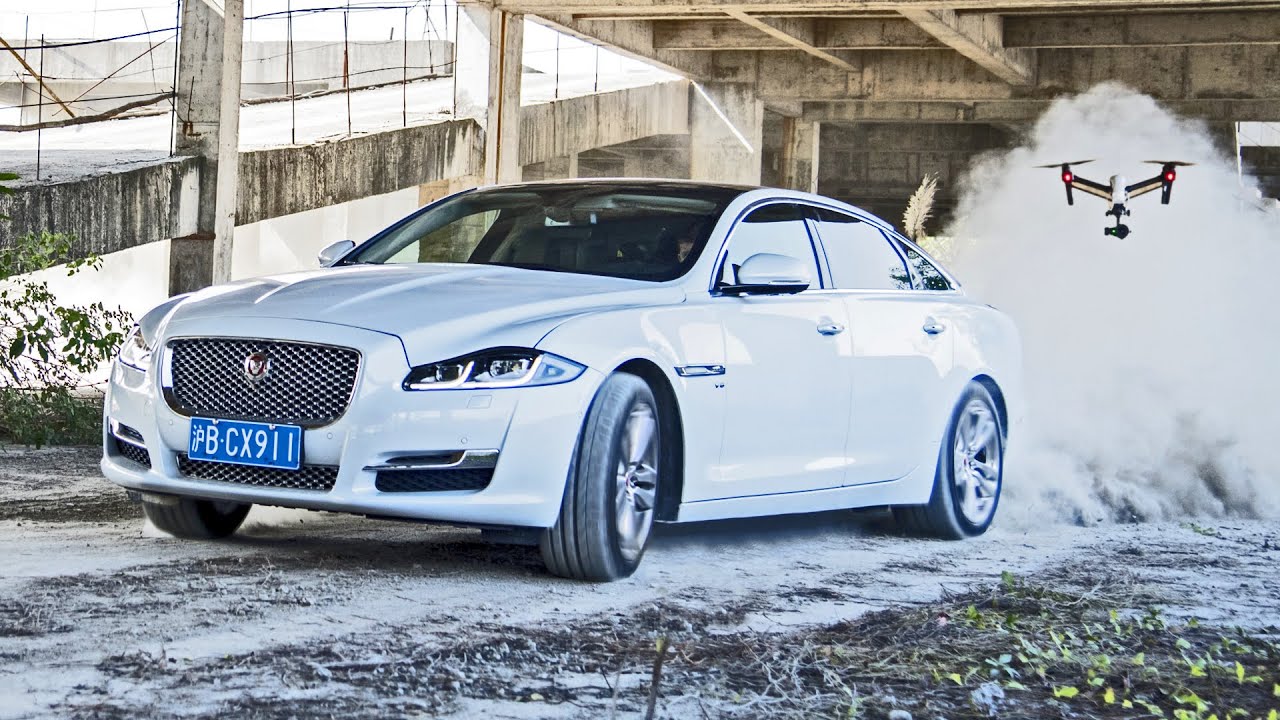 Jaguar XJ vs. DJI Drone. A Jaguar XJ driven by leading movie stunt driver Mark Higgins took on one of the world’s best drone pilots in a unique ‘cat-and-mouse’ challenge that showcased how future technology could influence car chase filming.

With one eye on a future potential movie stunt sequence, Higgins and drone pilot and racer JaeHong Li used the challenge to highlight how technology is developing in both the automotive and unmanned aircraft sectors.

The development of advanced driver assistance systems with radar sensors and on board cameras is closely aligned to the development of technology in drones, which are now being used for everything from racing to autonomous parcel delivery.

The challenge, which took place at the Zhuhai International Circuit in China, saw Higgins trying to shake off the drone through an industrialised zone containing shipping containers, wide tree-lined boulevards, pit garages and an underground car park. The XJ demonstrated agility and control with effortless performance during the challenge.

Technology is making waves in both the car and drone industries – with the drone pilot using autonomous circling and 360-degree camera searching and Higgins in the XJ, benefitting from electric power assisted steering that improves responsiveness and feedback as well systems that use sensors and four on board cameras.