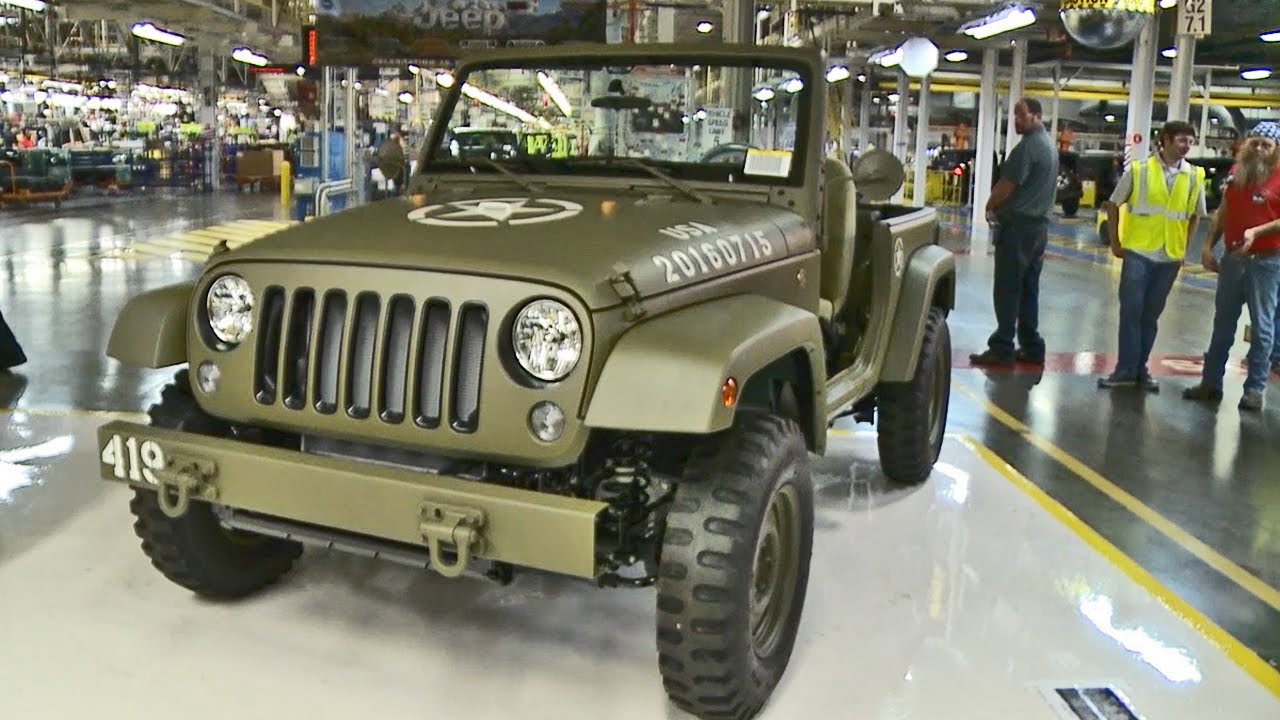 Jeep Celebrates 75 Years with this Willys MB-inspired Concept. Since 1941, the Jeep name has symbolized a unique family of go-anywhere, do-anything vehicles – first developed for military use, and after 1945, continually adapted for a wide variety of civilian applications. The Jeep brand is celebrating its 75th anniversary in 2016, and to mark the occasion, a commemorative one-of-a-kind Wrangler 75th Salute concept vehicle is being created today as a tribute to the brand’s legendary history and military heritage.

The “function over form” of the original Jeep military service vehicles is evident in this unique concept vehicle. The Wrangler 75th Salute concept – a modern interpretation of the Willys MB – is based on a two-door Wrangler Sport and highlights rugged functionality with heritage design cues, including the absence of B-pillars and doors. The exterior features an olive-drab color scheme that was first seen on military vehicles 75 years ago and is present throughout the Wrangler 75th Salute concept.

The Jeep Wrangler 75th Salute concept vehicle is built on the same assembly line that has produced the Wrangler in Toledo, Ohio, for decades, and is powered by a 3.6-liter Pentastar V-6 engine and mated to a six-speed manual transmission.