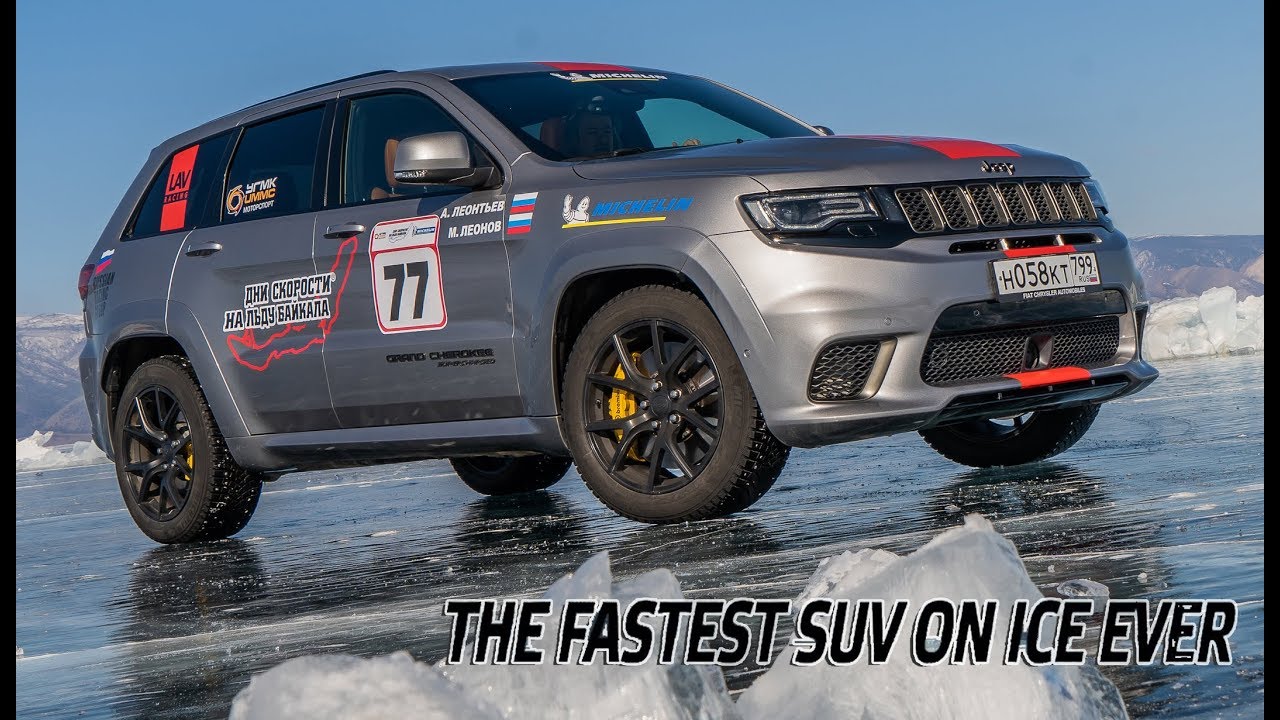 Jeep Grand Cherokee Trackhawk – The Fastest SUV On Ice ever At 280 KM/H. As the saying goes, records are meant to be broken. That’s exactly what Jeep had in mind when it shipped its Grand Cherokee Trackhawk to southern Siberia in order to attend the annual Speed Days of the Baikal Ice Motor Sports Festival. Lake Baikal, the deepest lake in the world and at the same time the largest freshwater lake by volume was the perfect venue for the 707-horsepower monster to stretch its legs thanks to a total length of the course of 12 kilometers (7.45 miles).

To achieve the record-breaking attempt, Jeep says “unnecessary items were removed” from the vehicle to shave off weight, while the fuel level was just enough to complete the high-speed run. Speaking of speed, the Grand Cherokee Trackhawk averaged an impressive speed of 257 kph (160 mph) over 1 kilometer (0.62 miles) with a rolling start and averaged in excess of 100 kph (62 mph) from a standing start.

GPS trackers registered a maximum speed of 280 kph (174 mph), which makes it the new fastest SUV on ice. It’s worth mentioning the record was set under rules of the Fédération Internationale de l’Automobile (FIA) and confirmed by the Russian Automobile Federation (RAF), so it was an entirely legitimate record-setting run.

When it’s on tarmac, the Jeep Grand Cherokee Trackhawk can reach a remarkable 290 kph (180 mph), which makes it one of the fastest production SUVs ever built. Very few can top that velocity, with examples being the Lamborghini Urus and the Bentley Bentayga Speed that do 305 kph (189 mph) and 306 kph (190 mph), respectively.

As you may recall, the outright record for the fastest vehicle driven on ice belongs to a BMW M3 E30 fitted with a Toyota 2JZ engine pumping out a whopping 1,300 horsepower. Established a couple of months ago during the Swedish Speed Week event in Årsunda, Sweden, the overall record is 346.82 kph (215.5 mph).