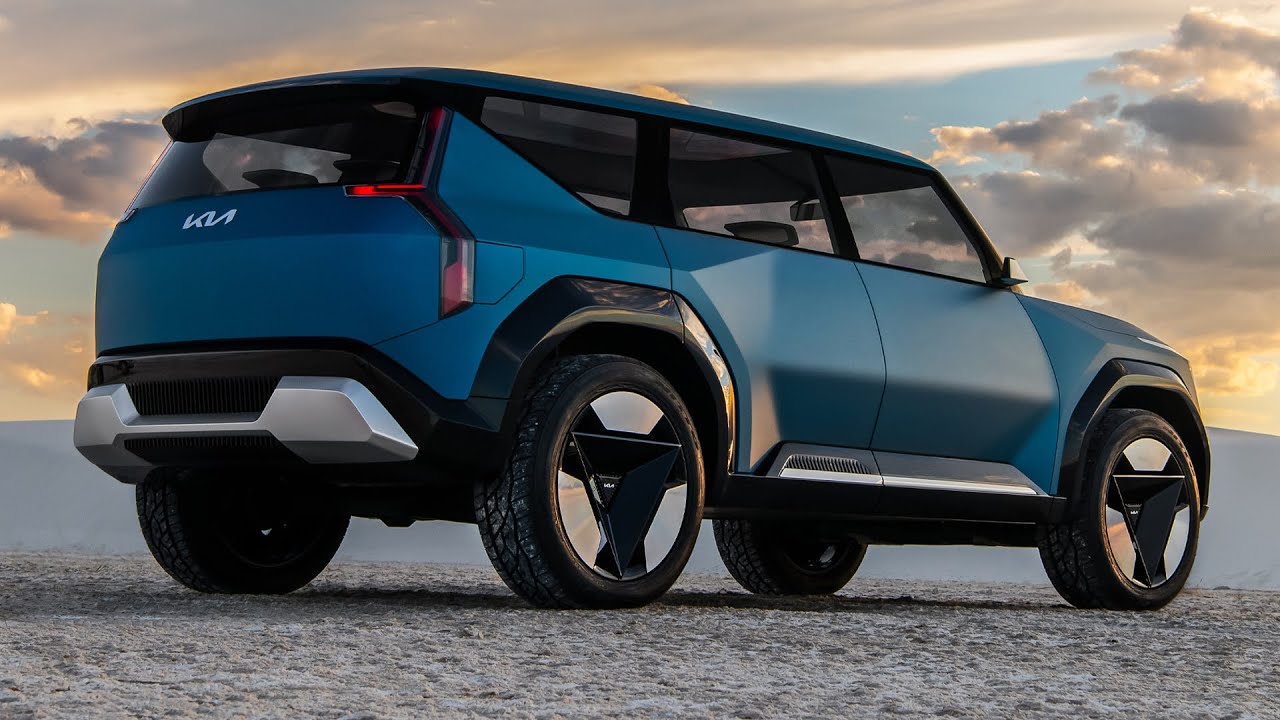 Kia EV9 Concept – A new electric Seven-Seater SUV. Kia already builds our favorite gasoline-powered three-row SUV, the Telluride, and the company is looking to build on the success of that model in the electric-vehicle space with a new model called the EV9. Previewed by this concept car revealed at the L.A. auto show, the EV9 is similar in size and shape to the Telluride but with an even sharper, more angular, and modern design ethos.

Although it’s built on the same e-GMP platform as the EV6 and Hyundai Ioniq 5, the EV9 will feature a significantly stretched version of those underpinnings. It’s slightly shorter in length than the Telluride but features a longer wheelbase and a taller height. Hyundai will also build its own version of this SUV, likely to be called the Ioniq 7, that will share components with the EV9.

All Kia is saying so far about the powertrain is that the EV9 promises a driving range of 300 miles and will be able to charge at up to 350 kilowatts. We reckon it will need a big battery to achieve that number given the vehicle’s size and boxy shape that can’t be good for its aerodynamic silhouette. Dual electric motors are likely to provide all-wheel drive, although it’s possible Kia could offer a rear-wheel-drive single-motor version like the EV6 offers.

The interior is somewhat fanciful but not as otherworldy as some concept cars. We could see the 27.0-inch widescreen display making it to production, but probably not most of the recycled materials including fishnets for the flooring. The concept is a six seater with three rows that are configurable in many different arrangements.

We expect to see a production version of the Kia EV9 within the next year or so, and we think it will arrive in the U.S. for the 2024 model year.