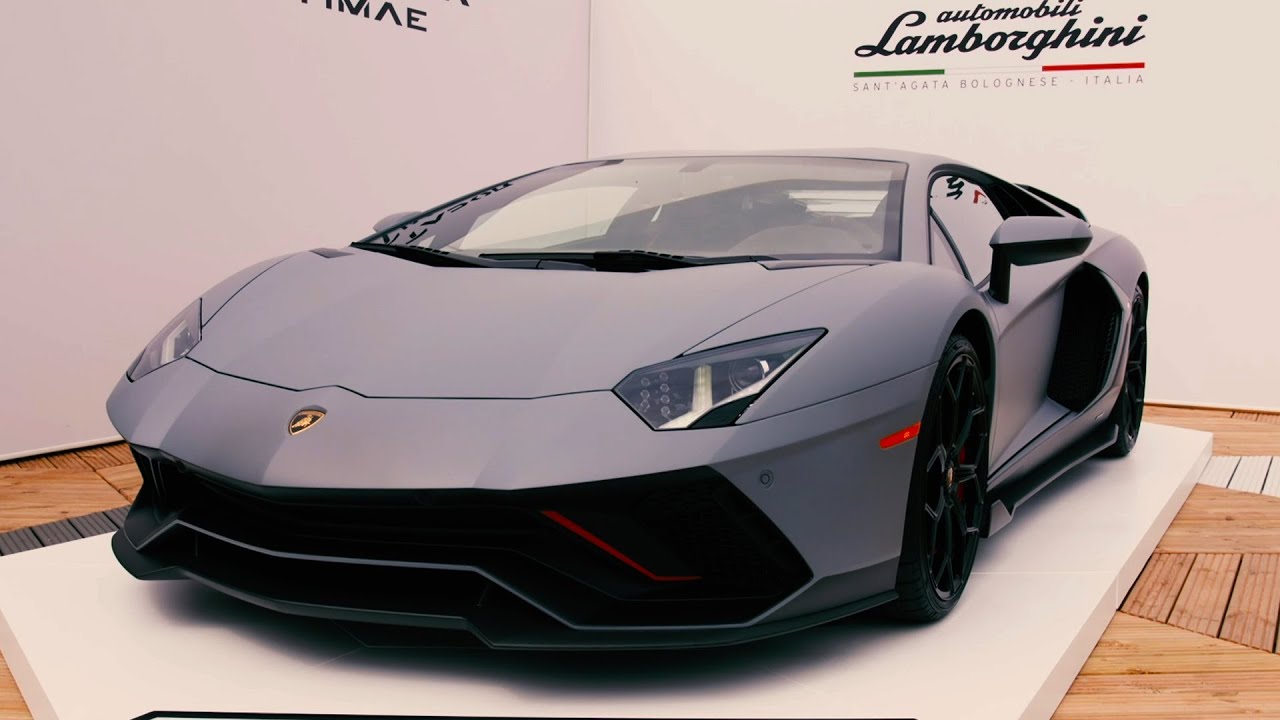 Lamborghini Aventador LP 780-4 Ultimae – V12 / 770 hp Super Sports Car. Lamborghini has released pictures and details of a limited-edition finale for the Aventador, the appropriately named Ultimae. It will mark the end of production for the long-lived hypercar, which was launched in 2011, with a run of 350 coupes and 250 roadsters to be sold globally.

As you might expect, the Ultimae’s specification is something of a greatest hits collection, combining many of the Aventador dynasty’s best features. The naturally aspirated 6.5-liter V-12 engine has been turned up to deliver 769 horsepower, 39 hp more than the Aventador S, 10 hp more than the Aventador SVJ, and only 39 hp less than the Sián with its supercapacitor hybrid system. The Ultimae’s structure is also lighter than that of the Aventador S. The coupe weighs 3417 pounds without fluids according to Lamborghini—a 55-pound saving. That curb weight also gives an identical power-to-weight ratio to the fractionally lighter SVJ. Lamborghini claims a 2.8-second zero-to-62-mph time, an 8.7-second zero-to-124-mph time, and a 221-mph top speed for the coupe. Adequately fast, in other words.

As with all Aventadors, the Ultimae will have all-wheel drive and use Lamborghini’s savagely fast (and sometimes just savage) automated single-clutch ISR seven-speed transmission. It will also get the actively steered rear axle that was launched with the Aventador S, this able to respond to steering inputs in a claimed five milliseconds. Lamborghini also says that more of the 780-4 Ultimae’s 531-pound-foot torque peak will be sent to the rear axle than on the S, promising “sporty but safe oversteer behavior.” Which is the best sort of oversteer behavior. CCB carbon-ceramic brakes will also come as standard.

As in earlier Aventadors, the Ultimae will have switchable driving modes: the regular Strada, Sport and Corsa plus an individual one labeled, appropriately, Ego.

Only subtle visual changes will distinguish the Ultimae, which has a more subtle look than the wing-wearing SVJ. The Ultimae gets a new front bumper with the option of colored strakes, which are repeated on the rear diffuser. Forged alloy wheels will be standard, 20-inch diameter at the front and 21-inch at the rear, shod in Pirelli P Zero Corsa tires. Lamborghini will offer 18 standard colors and the ability to choose more than 300 through the company’s Ad Personam bespoke program. The coupe looks particularly good in the two-tone matte gray in these official pictures.

There is no official word on pricing yet, but we can safely assume the Ultimae will carry a premium over the $421,321 Aventador S.