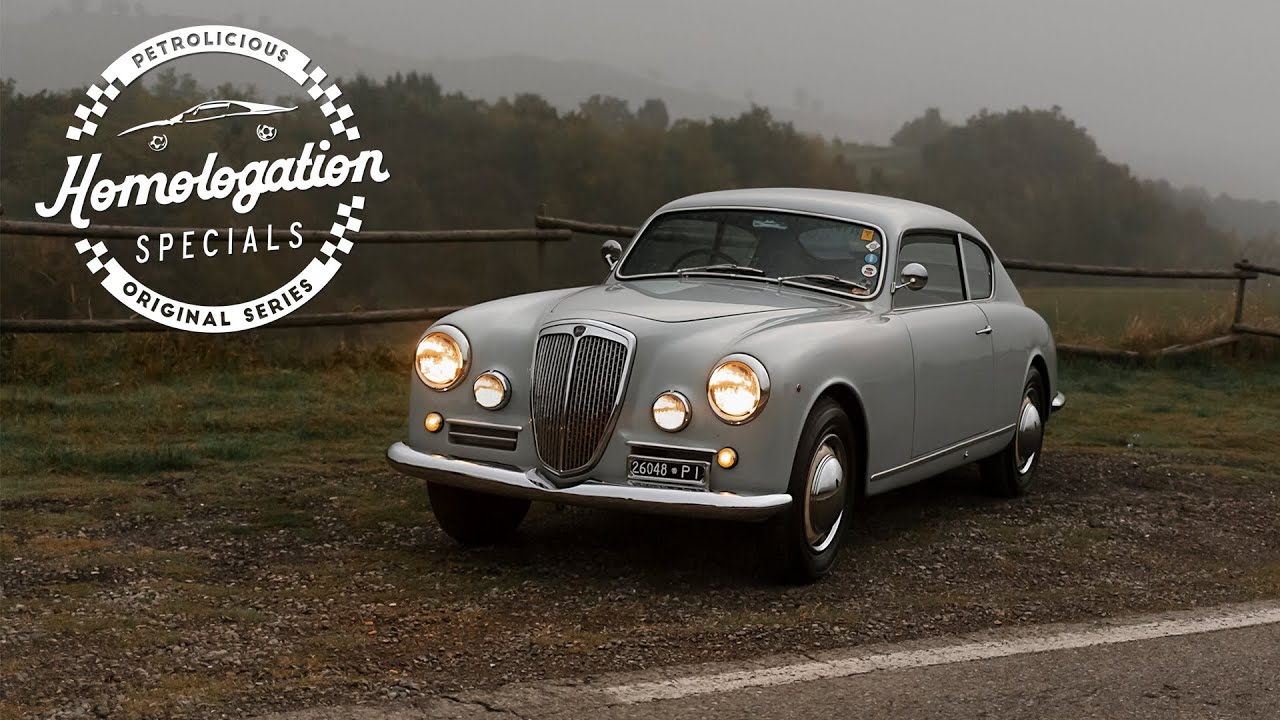 Lancia Aurelia B20 Coupé: An Evolution Of Grand Touring. Besides heralding the dawn of the great post-war grand touring cars—or as our host Sam Hancock puts it, “vehicles that could win a hillclimb by day and pull up proudly to the opera house later that night”—the Lancia Aurelia B20 Coupés also found success on the circuits and sprint courses of Europe with just a few modifications.

In specifications close to the standard road going form, Aurelias finished second in the Mille Miglia and won their class at the 24 Hours of Le Mans in 1951, before going on to win the Targa Florio in 1952, and the Monte Carlo Rally in 1954. In other words, it has an impressive racing résumé.

The cars’ prowess on the circuits, hill climbs, and rally stages was due in large part to the advanced technology that Vittorio Jano, Francesco de Virgilio, and the rest of the talented Lancia engineers fitted inside the beautifully minimalistic Ghia-designed bodywork.

Besides being part of the first production car line powered by V6 engines, Aurelias like the fourth-series B20 Coupé featured in the film also boasted independent suspension, a rear transaxle transmission setup, and in-board rear brakes, to name just a few of its mechanical goodies. None of this came cheap, though, and while customers were given humble fabric-covered seats, the Aurelia was priced higher than the Bentleys of its day.

In this week’s film, Sam Hancock takes a drive through the winding roads of Reggio Emilia, enjoying and espousing the talents still possessed by this prime example of 1950s automotive excellence.