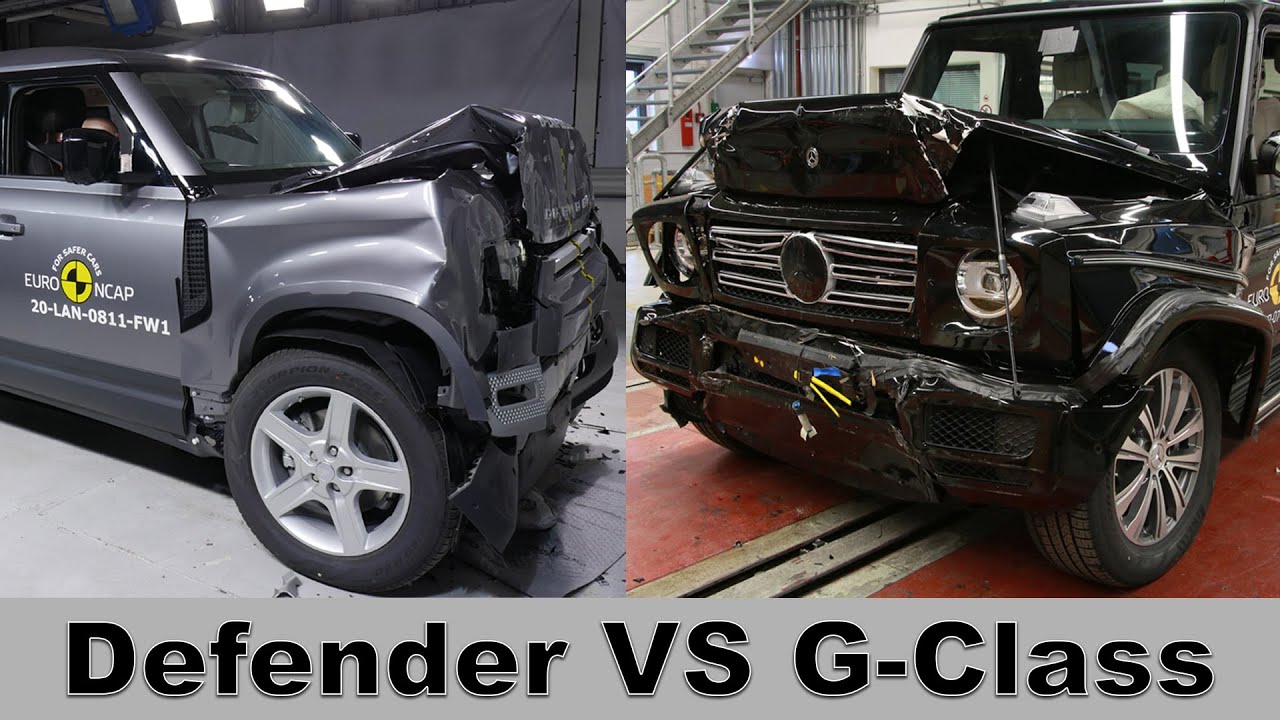 The off-roader’s highest scores came with occupant protection. Both Adult Occupant and Child Occupant categories ranked 85 percent, and watching the Defender absorb impacts, we can see why. The only intrusion we see into the greenhouse comes from the harsh side pole impact, but even then the force spreads through the roof and doors. Full barrier and offset frontal impacts show the cabin virtually untouched.

The tests were carried out on the four-door, right-hand-drive Defender 110 with the 2.0-liter diesel engine. According to Euro NCAP, these ratings apply to all Defenders, though it’s unclear if two-door tests will be performed. The new Defender hasn’t yet received crash test ratings for US-market models through either the Insurance Institute for Highway Safety, or the National Highway Traffic Safety Administration.

Mercedes G-Class
The Mercedes-Benz G-class (G-Wagon) has achieved the maximum safety rating of five stars. Having tested the model in G 350d, G 500, and G 63 variants, and in both, left- and right-hand drive configuration, G-class scored 90 percent for adult occupant protection, 83 percent in child occupant safety, and 72 percent in vehicle safety assists.

The SUV tested was equipped Autonomous Emergency Braking (AEB) as standard as well as a speed alert/limiting system. The speed alert/ limiting system is set to become standard on all cars in Europe, in the future. Other safety equipment on the G-class includes front, side and knee airbags, seat belt pretensioners, a lane assist system and ABS.