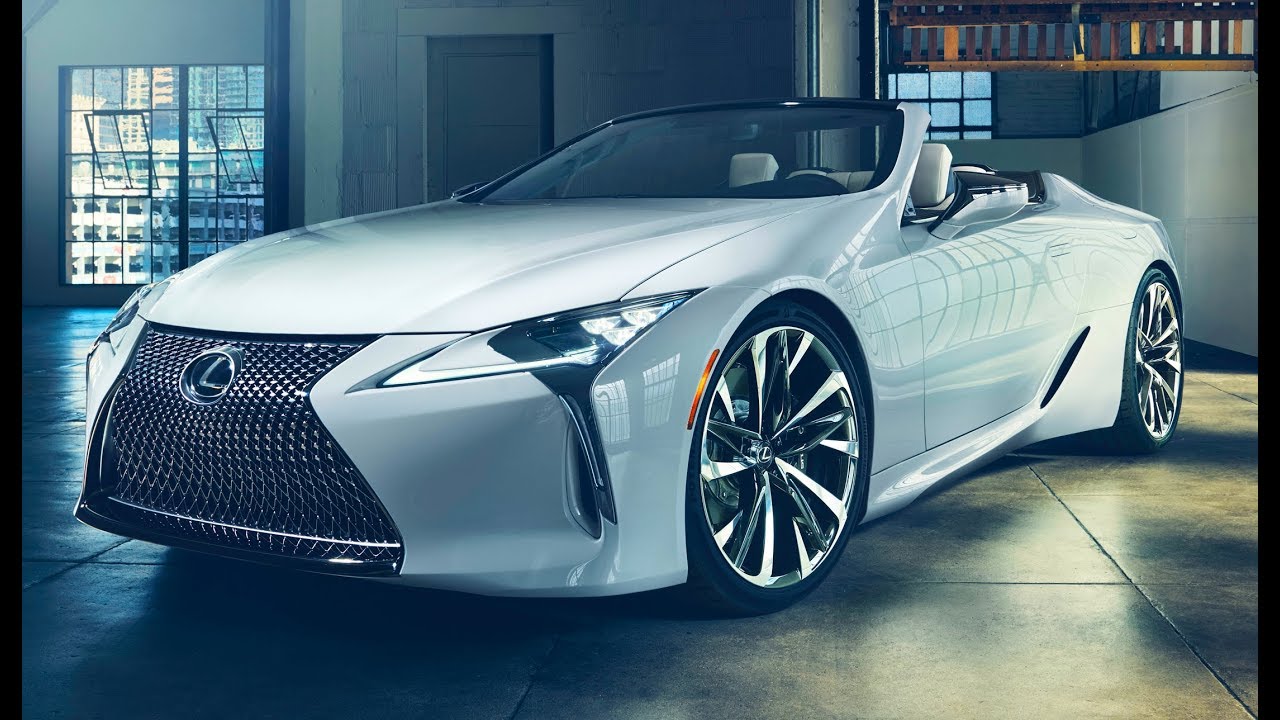 Lexus LC Convertible Concept. With rumors circling for nearly a year, Lexus finally chops the top off of its LC grand tourer to create the new LC Convertible Concept debuting at the North American International Auto Show in Detroit. The automaker doesn’t officially admit that a production version is on the way, but the announcement says the vehicle points to the “future direction” for the lineup, suggesting something like this open-roofed machine could arrive at dealers at some point.

Until your eye reaches the roof, the LC Convertible Concept is identical to the existing coupe. The droptop looks elegant with its roof stowed away, especially thanks to the steeply raked windshield. Slicing off the top, forces Lexus’ designers to create a new rear deck for the machine. There are extremely subtle nacelles behind the seats, and the central part of the tail is flat but angular cuts make it taper down to the fenders.

The cut lines in the back show where the roof would hide, but there isn’t a top to deploy at the moment. “It’s just an open top concept at this point, so there’s no roof yet,” Lexus spokesperson Ed Hellwig told Motor1.com. The space looks large enough fit a soft top, though.

On the inside, the concept features a mix of white leather seats and a black dashboard. Yellow stitching adds a little color to the cabin.

Lexus doesn’t offer powertrain details, but there doesn’t appear to be anything preventing either the existing 5.0-liter V8 or the hybrid 3.5-liter V6 from being available as a convertible. The power roof mechanism would add some weight to the car that would likely take a little away from the coupe’s acceleration and fuel economy.

Also in Detroit, Lexus will unveil the RC F Track Edition as a more hardcore version of its already sporty coupe.