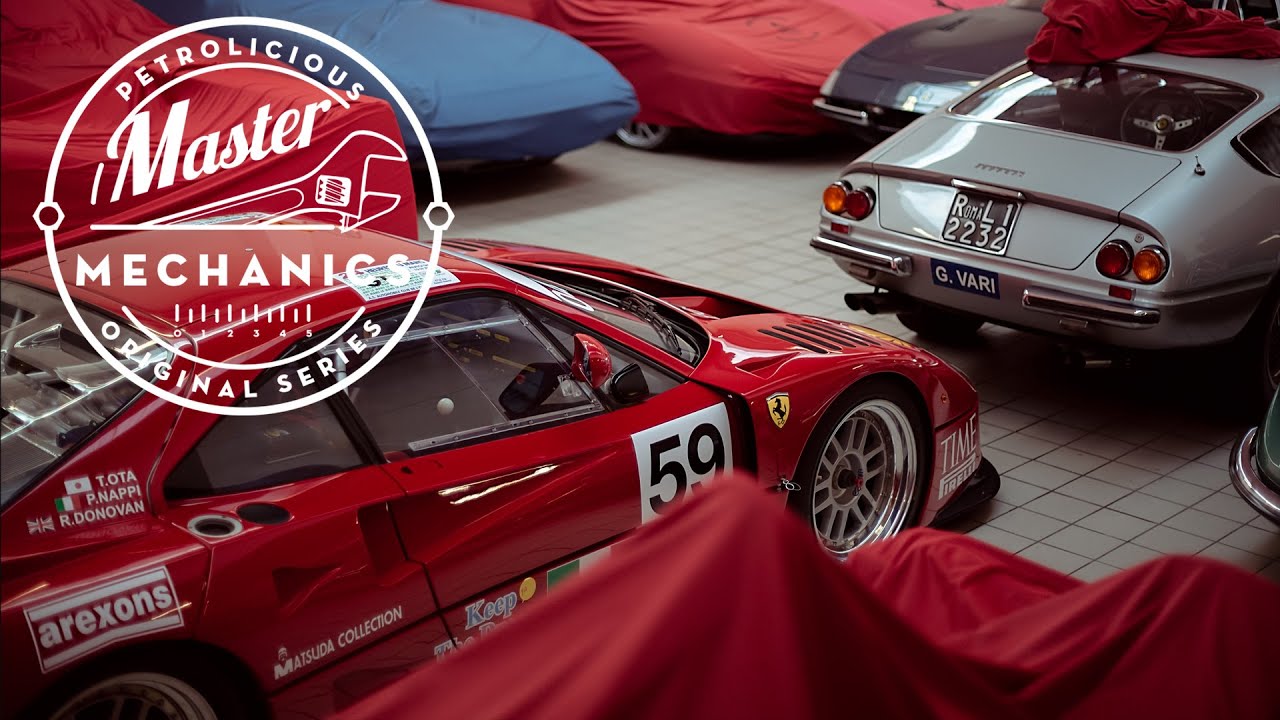 Master Mechanics: Ferrari Restoration At Autofficina Bonini. Although thousands of hours of labor and countless more of accumulated knowledge are poured into the cars that come through the doors of Autofficina Bonini, if you ask the founder, Carlo Bonini, how he spends most of his time, he’ll put it plainly for you; “I’m not working, I’m having fun.”

And how could he not be? The founder of the esteemed Ferrari workshop that bears his name is working alongside his equally enthusiastic son, Renato, on some of the greatest cars ever built, from circuit-spec F40s and supercars to 250s and Daytonas. Both father and son grew up loving these cars, sharing a passion born so early in each of their lives as to make it impossible to point to the exact start of it. Their blood runs rosso corsa instead of red.

Carlo got started working on interesting cars with Lancias and Alfa Romeos, but he doesn’t hesitate to say that his story begins when he first got his hands on a Ferrari. Proving said hands to be quite talented, his high quality work put him in good graces with the manufacturer early on, a relationship that evolved into Carlo’s business becoming an officially sanctioned Ferrari workshop.

Growing up in this environment, his son Renato was all but preordained to join him. “I’ve spent time in my dad’s workshop since I was a kid,” he says, “We were lucky enough to have the workshop downstairs from us, so 100% of my play, my hobbies, my time, took place in that workshop.” To attain Autofficina Bonini’s attention to detail, quality of craftsmanship, and outright knowledge takes no small effort, but here that’s just a synonym for a good time.