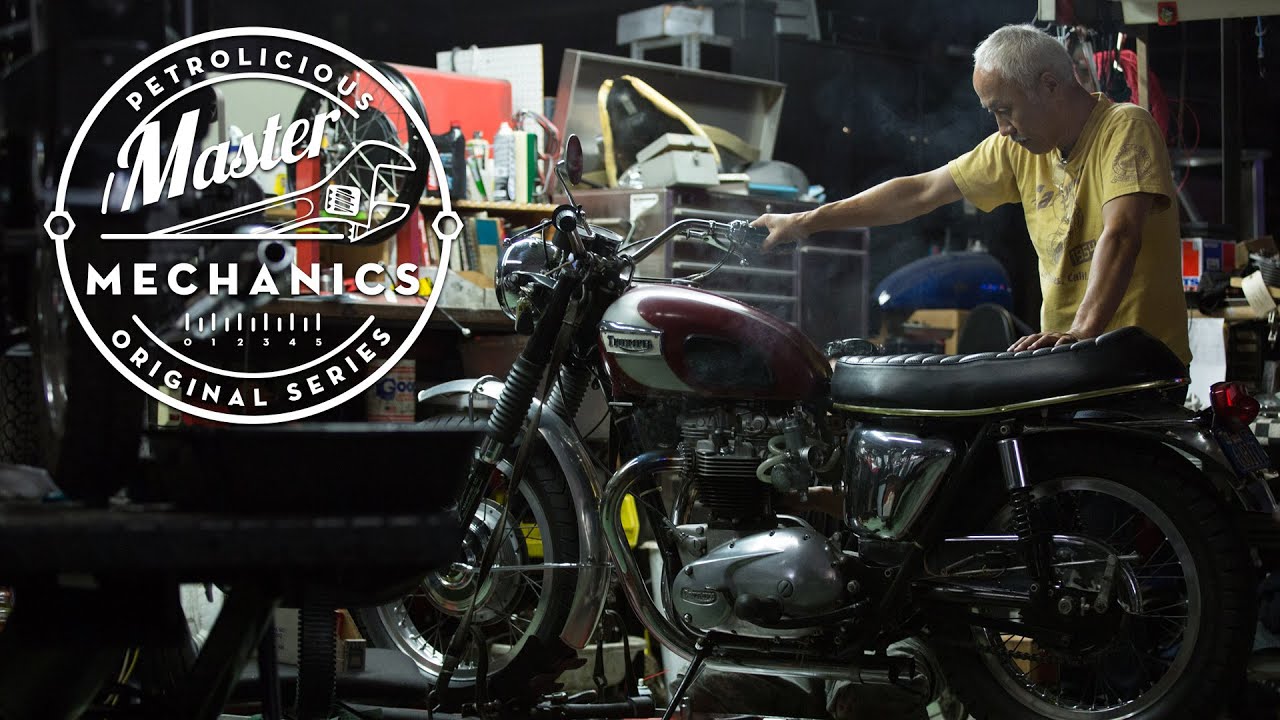 Master Mechanics: Yoshi Kosaka and Garage Company. Growing up in Japan, Yoshinobu “Yoshi” Kosaka developed an affinity for motorcycles early on, scavenging abandoned bikes and playing around with their components until he started his career—which only resulted in him buying a bunch of new sports and racing machines to add to his collection.

After moving to Los Angeles in the 1980s, Yoshi continued to amass specimens thanks in no small part to the fallout of the oil crises and the relative abundance of cheap, high-performance componentry to be had by the enthusiast community. When the trove of motorcycles and boxes inevitably outgrew their residential space, Yoshi’s wife Kyoko found a dedicated spot for them in Venice (which he has, unsurprisingly, also outgrown).

Not intending to do anything other than organize and enjoy his trove, Yoshi soon found himself in nearly constant company from the curious likeminded people that found their way to the windows and eventually through the doors.

Eventually, Yoshi’s hobby grew to also become his business, and made a name for Garage Company by offering restorations, modifications, race preparations, and a chance to find some truly rare and unique parts from his own accumulated finds. For someone as enthusiastic as Yoshi, it can be hard to let go of certain parts, or to part ways with bikes he’s worked on, but he maintains that some things will simply never be for sale. Turning a passion into a profession can be trickier than it seems, but there is no sign that Yoshi has become jaded or burnt out; if you ask him what he’d like to do in retirement, he says he’d still be in the shop all day, enjoying some whisky and playing around with his bikes.