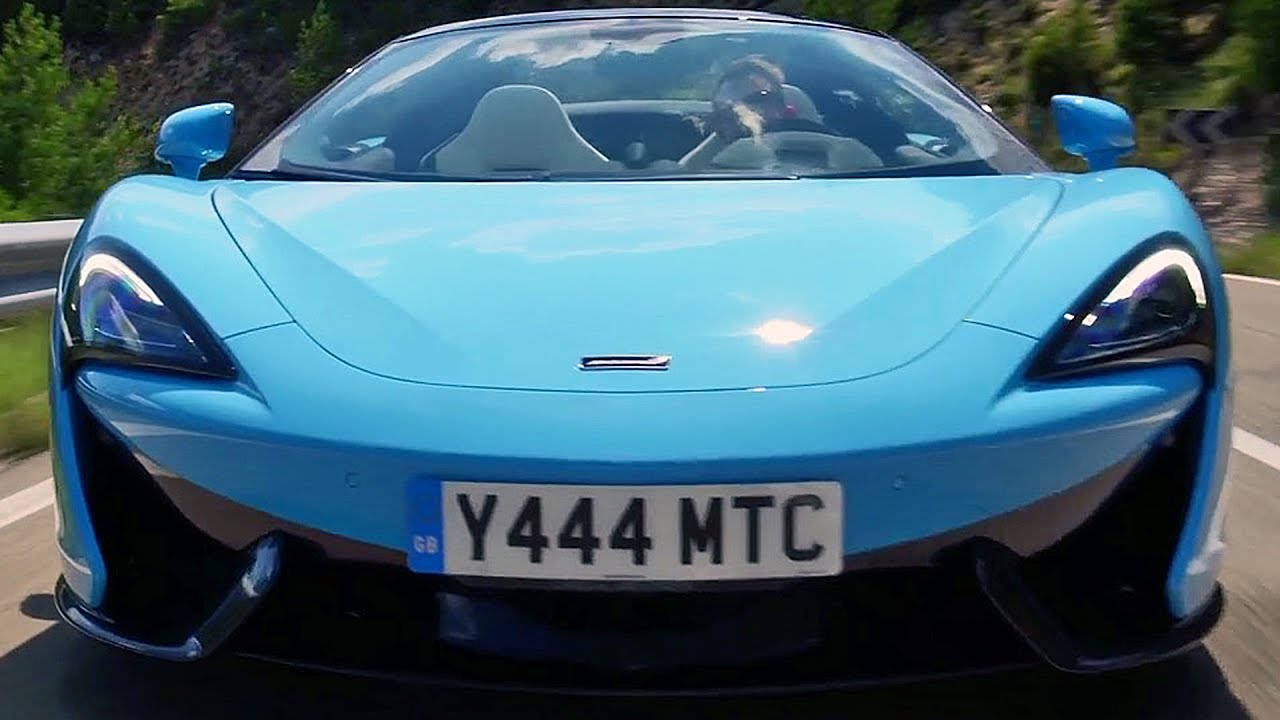 McLaren 570S Spider (2018) Better than Audi R8? [YOUCAR]. The new McLaren 570S Spider combines the exceptional dynamism and refinement of the 570S Coupé with the extra exhilaration of open-air motoring.  Hand-assembled in Woking, England, the 570S Spider is the most attainable McLaren Spider ever and brings supercar attributes such as carbon-fibre construction, a mid-engined layout and extreme performance for the first time to the luxury sports convertible segment.

The combination of lightweight carbon fibre construction and an incredibly potent 3.8-litre, twin-turbocharged McLaren V8 engine, means that the new 570S Spider is both more powerful and lighter than comparable convertibles, with an impressive power-to-weight ratio of 419PS-per-tonne (lightest dry weight).

Positioned behind the driver, the twin-turbocharged McLaren M838TE engine produces 570PS at 7,500rpm and torque of 600Nm between 5,000rpm and 6,500rpm.  In combination with a rapid yet smooth seven-speed seamless-shift gearbox featuring Launch Control technology, the result is a luxury sports convertible with supercar acceleration from standstill to 100km/h (62mph) in 3.2 seconds and to 200km/h (124mph) in just 9.6 seconds.
Top speed is 328km/h (204mph) with the roof in place – identical to the 570S Coupé – and even with the roof lowered, the new Spider can reach 315km/h (196mph).

The new McLaren 570S Spider will make its public debut on 29th June at the Goodwood Festival of Speed, West Sussex, UK and the first cars are scheduled to be delivered to customers in August. Available to order now, priced from £164,750 (UK).