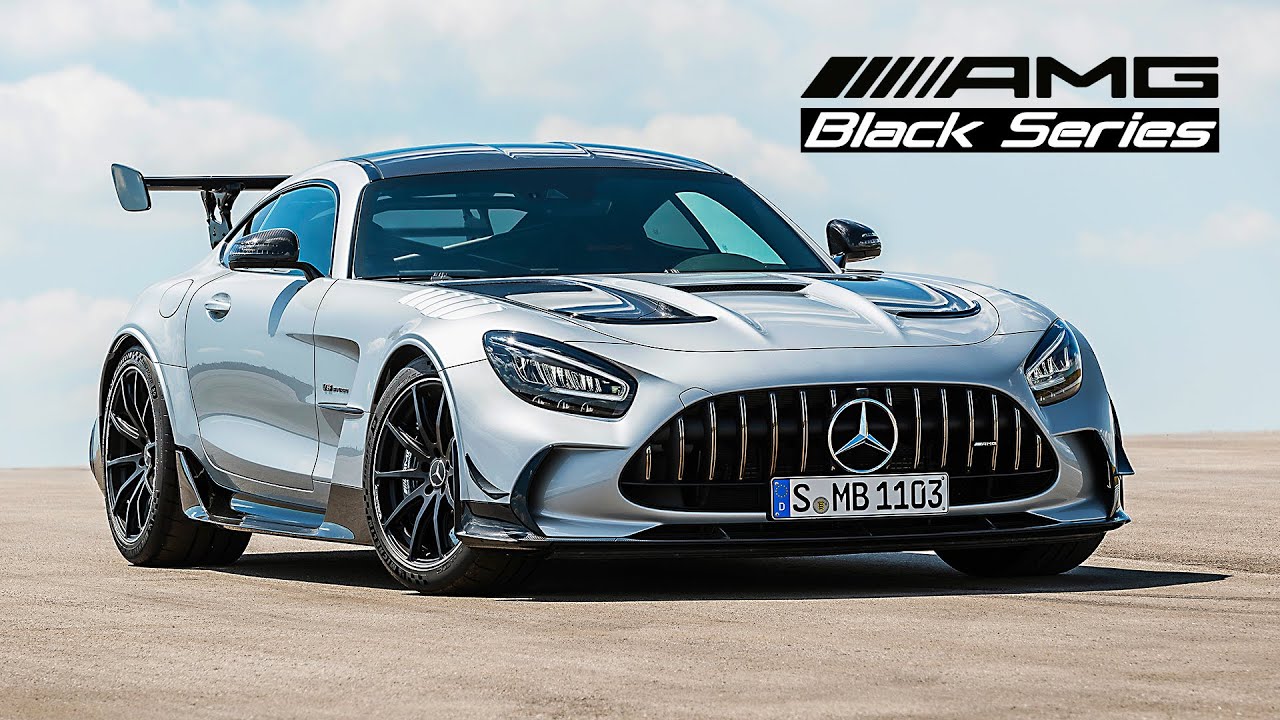 Mercedes-AMG GT Black Series (2021) Full Presentation | Ready to fight the Ferrari 488 Pista. The Black Series has been synonymous with a very special type of car since 2006: uncompromisingly sporty, with an expressive design and the most consistent technology transfer from motorsport to series production. Black Series models are exclusive automotive rarities. They have not been developed to gather dust in collectors’ garages, but for high-speed use on racetracks, despite being approved for roads. The AMG GT Black Series represents a new highlight in this tradition: It is the most powerful Mercedes-AMG with a V8 series engine.

The new AMG GT Black Series engine may be based on the AMG 4.0-litre V8 biturbo engine with dry sump lubrication, but it has been given the new internal code M178 LS2 due to the numerous modifications. It achieves 730 horsepower (537 kW) at 6700-6900 rpm and delivers a maximum torque of 800 Nm at 2000-6000 rpm. New camshafts and exhaust manifolds are adapted to the new firing order and further improve the gas cycle.

Both twin scroll exhaust turbochargers are mounted in anti-friction bearings, as in the top-of-the-range four-door AMG GT Coupé, which optimises their throttle response even further. However, in the Black Series, the turbochargers have been given a larger compressor wheel, meaning that both can deliver a total of 1100 kg air per hour. By way of comparison: The figure is 900 kg/h for the AMG GT R. 7000 rpm is not critical as a continuous speed, the speed is limited at 7200 rpm. And the larger intercoolers guarantee that they always keep the charge-air temperature within the best possible range. The unique standing of the new engine is also reflected in the engine badge, which is kept in black.

What does the engine do for the AMG GT Black Series? It gives it a completely independent character, which is not only reflected in the type of power delivery, but also in its very particular sound pattern. And it enables highly impressive driving performance: The two-door vehicle shoots from 0 to 100 km/h (0-62 mph) in 3.2 seconds, and to 200 km/h (0-124 mph) in under nine seconds. The top speed is 325 km/h.

The AMG Track Package is available as an option in several markets (only in combination with the AMG carbon-fibre bucket seats – not for the USA, Canada and China). It comprises a roll-over protection system, 4-point seatbelts for driver and front passenger, and a 2 kg fire extinguisher (both items exclusively designed for racetrack use). The lightweight bolted titanium-tube cage of the roll-over protection system consists of a main roll bar, a brace for mounting the seat belts, two rear braces and a diagonal X-brace at the rear. The system further increases the already excellent vehicle rigidity and thus also has a positive influence on the vehicle’s driving dynamics. It also increases passive safety.