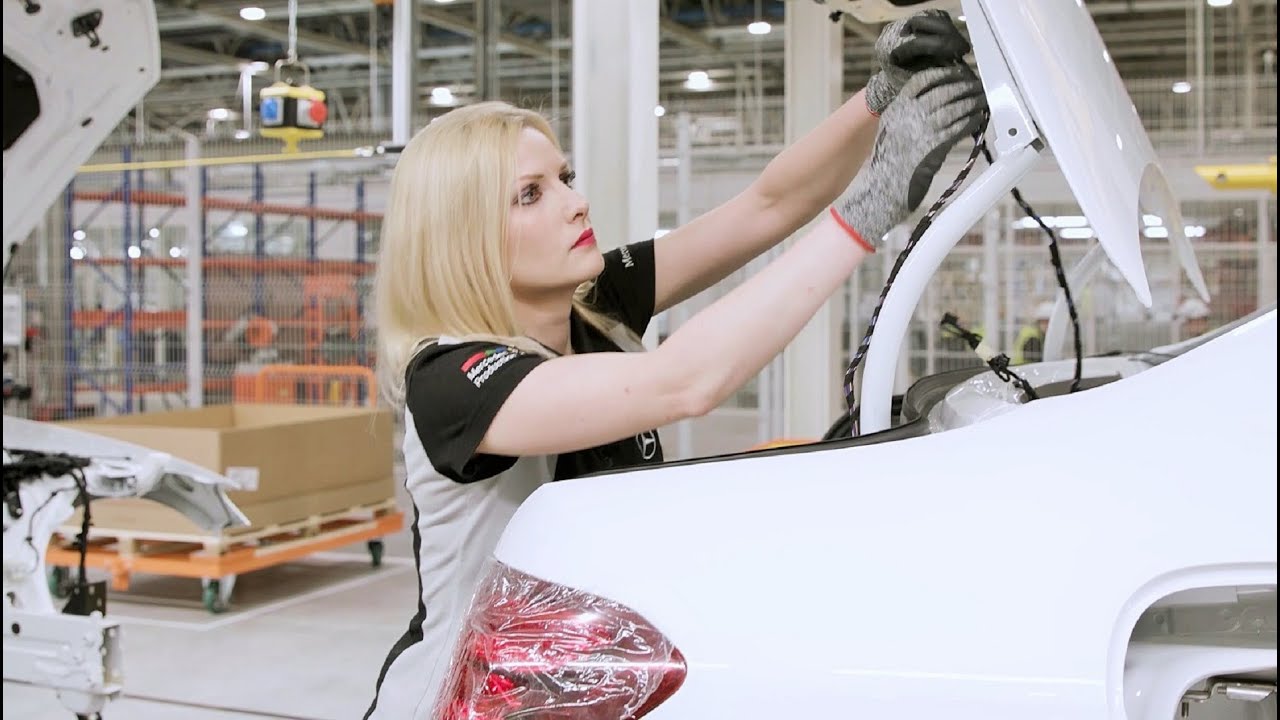 The ramp-up of Mercedes-Benz E-Class Sedan production in Moscow was celebrated at the same time as the inauguration of the new production plant. The models equipment include the latest driver assistance systems such as Active Distance Assist DISTRONIC, hot on the heels of the S-Class. Mercedes-Benz Intelligent Drive technologies relieve the strain on drivers and ensure higher comfort. The current model series is therefore known as not just the most elegant, but also as the most intelligent Sedan in the business class.

An especially evolutionary step is the LINGUATRONIC voice control system, which, for the first time, allows control over not only the entertainment system but also vehicle functions, like temperature or blower level. The system uses preinstalled commands and is thus not reliant on an internet connection. There are several hundred alternatives per command lodged in the system, thus LINGUATRONIC understands almost every instruction. It is currently available in 22 languages, including Russian.

Another highlight of the interior is the enhanced, dynamic ambient lighting with 64 colours and three colour zones. It optically structures the interior and also offers functional aspects: If the temperature in a section of the car is supposed to rise that section is briefly illuminated red.

Production at the Mercedes-Benz Moscovia plant is characterized by the most modern and innovative Industry 4.0 technologies. Driverless transportation systems convey the bodies between the subsections. Automated shopping cart systems are also used in assembly. Additionally, there are forward-looking solutions for improving ergonomics and efficiency, such as human-robot cooperation when installing the windscreen without a protective fence.

Numerous environmentally friendly and resource-saving solutions such as paperless documentation, emission-free electric forklifts, heat recovery in the buildings and the use of water-soluble products in painting ensure sustainable and green production. The “One-Roof Concept” pools all the work steps in one location. It facilitates short paths and fast, direct communication. This philosophy is also reflected in the architecture: glass walls serve as a connecting feature and create the space between the workplaces in administration and production transparent.

Around half of the more than 1,000 planned employees have already started to work. The recruiting and training measures for the remaining open jobs in production are on their way and will be completed shortly. The staff are predominantly from the local region and were trained in a targeted manner at existing Mercedes-Benz plants all over the world and in cooperation with the local vocational colleges.