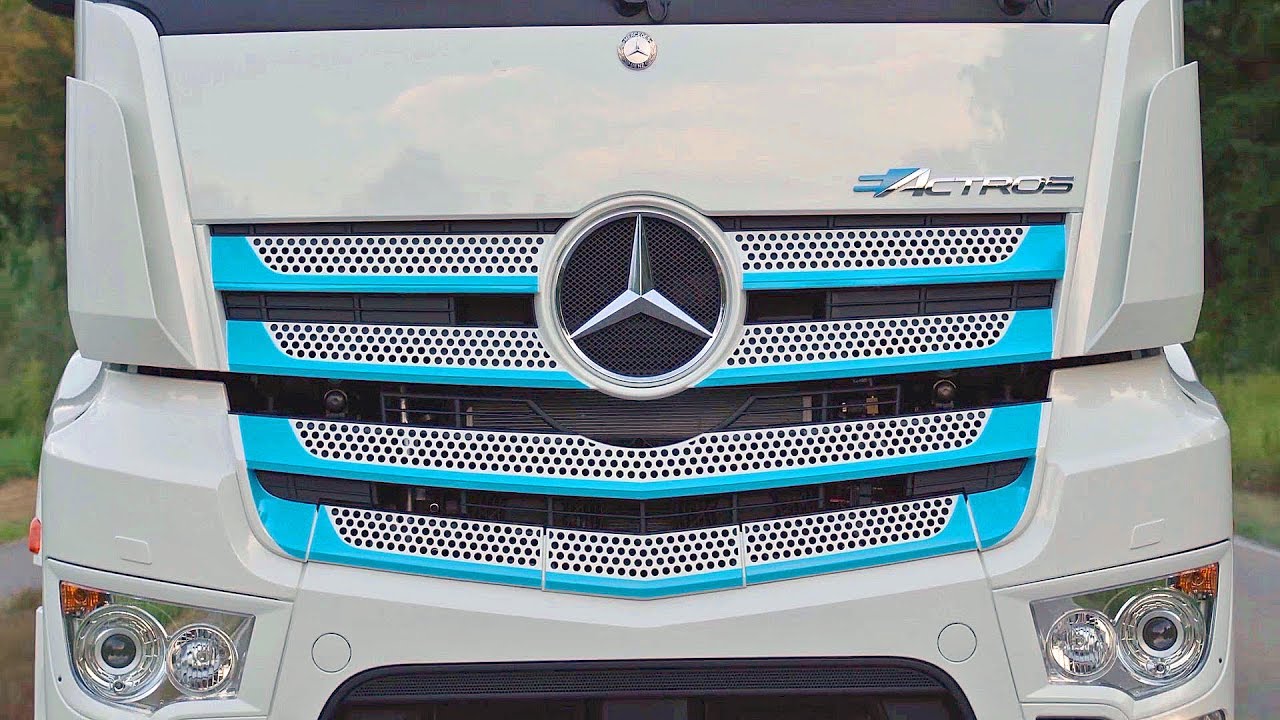 Mercedes eActros 2019 ⚡ FULLY ELECTRIC TRUCK. Mercedes-Benz Trucks delivered a fully electric eActros for on-road testing to EDEKA. The German retail association will be testing a 25-tonne truck with refrigerated body for one year in Berlin, where it will be used to transport fresh, temperature-sensitive foodstuffs in Germany’s capital. The daily route from the warehouse in Grünheide on the outskirts of Berlin to various EDEKA supermarket branches in the city centre and surrounding areas is between 150 and 300 km. The vehicle will operate in a double shift pattern. The weight of the transported goods can be up to 10 tonnes. During loading and unloading, the vehicle is charged to ensure that the total range of the eActros (up to 200 km with a single battery charge) is optimally utilised. EDEKA is the only company from the retail sector in Germany, which will use the eActros in its own fleet of vehicles.

The first eActros of the “innovation fleet” has been in service at a customer since September. The rest of the first phase of vehicle hand-overs will be completed by the end of the year. All test customers operate in short-radius distribution and use the eActros for tasks which would otherwise be carried out by conventional diesel vehicles – the customers cover a broad spectrum of different sectors and categories. The palette ranges from food to building and industrial materials. The bodies vary from refrigeration units to dry containers, silos or tarpaulin-covered units.