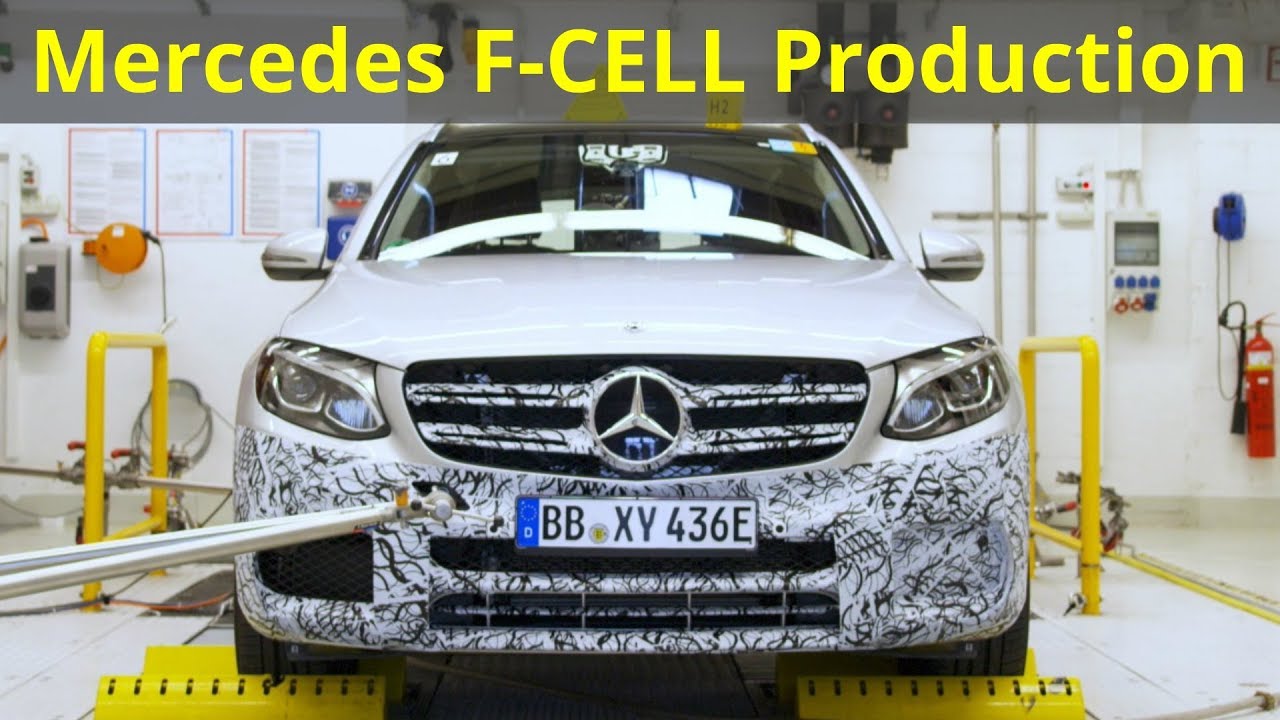 Fuel cell: Special galvanic cell that generates electricity from the chemical reaction between hydrogen and oxygen. A fuel cell consists of electrodes separated by a membrane or electrolyte (ion conductor). The fuel cell generates electric power and heat. By virtue of its high performance and efficiency, the PEM fuel cell is particularly suitable for automotive use. It has a plastic membrane as an electrolyte (PEM = Polymer Electrolyte Membrane) capable of conducting protons. Its operating temperature is around 80 degrees Celsius.

Unique hybrid combination: With EQ Power as its technical designation, the latest electric model in the Mercedes-Benz range to be destined for subsequent series production is doubly electrifying, for as a world first, it is set to combine innovative fuel-cell and battery technology into a fully electric plug-in hybrid. Thanks to F-CELL technology, the only local emissions are water vapour.

Completely new fuel cell system: Compared to the preceding generation, the fuel cell system is 30 percent more compact and for the first time fits into a conventional engine compartment. Further improvements over the B‑Class F-CELL: 40 percent more drive power and 90 percent less platinum. The weight is also around 25 percent lower.

Full day-to-day suitability: Thanks to around 350 Nm of torque and an output of around 147 kW, the pre-series model of the GLC F-CELL offers plenty of driving pleasure. Operating ranges are 437 km in H2 mode (NEDC in HYBRID mode, measures in the presence of TÜV) and 49 km in battery-electric mode (NEDC in BATTERY mode). Thanks to 700 bar tanking technology, the GLC F-CELL is refuelled in around three minutes.

From the fuell cell pioneer: Mercedes-Benz presented its first fuel cell vehicle in as early as 1994 – the NECA 1. Many further vehicles followed, including the A-Class F-CELL fleet (2003). In 2011, special attention focused on the F-CELL World Drive, the first round-the-world journey in fuel-cell vehicles. In 2015, the F 015 Luxury in Motion study presented an F-CELL plug-in hybrid drive system designed for 1100 kilometres of emission-free driving.