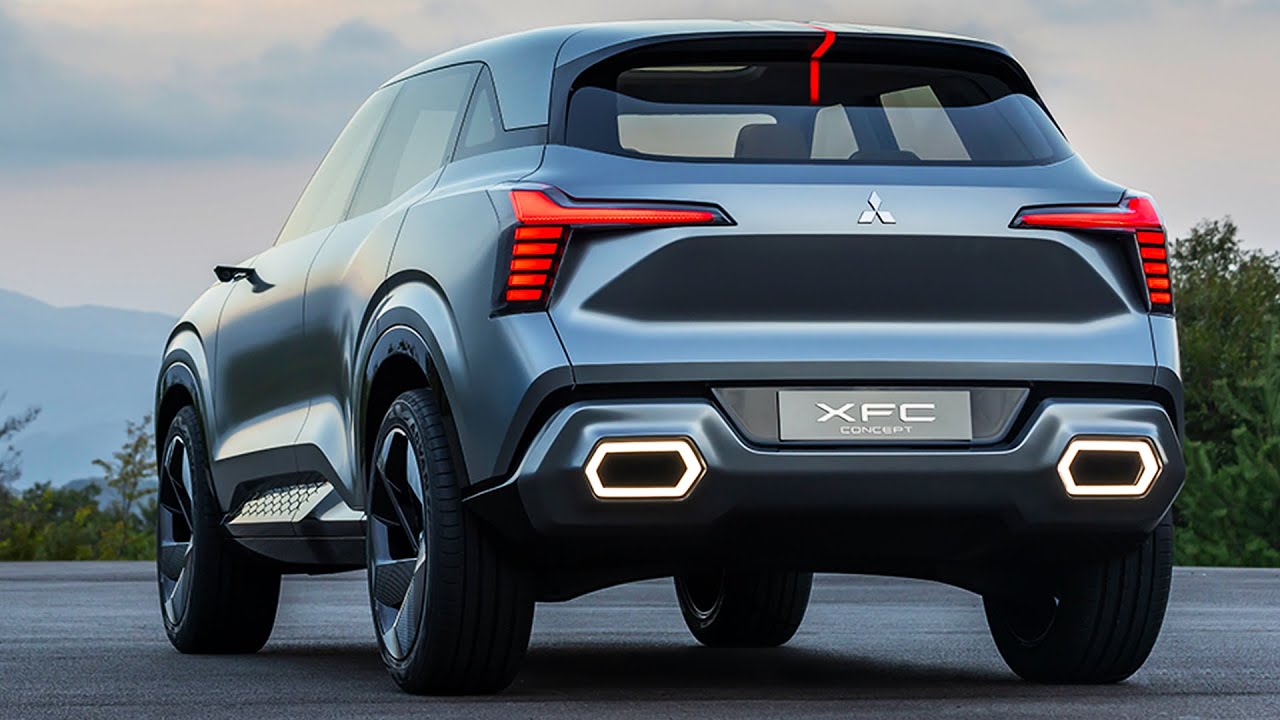 Mitsubishi XFC Concept – Exterior and Interior / The Next Compact SUV. Mitsubishi unveiled a brand-new compact SUV concept called the XFC, previewing a production model that will be launched in ASEAN (Association of Southeast Asian Nations) markets in 2023. The SUV won’t replace an existing model but it will serve as a new addition to the range.

While many would like this Mitsubishi-engineered model to serve as a replacement for the aging ASX, this role is already fulfilled by a rebadged Renault Captur in Europe. In fact, the concept positions itself in the compact rather than the subcompact segment, which means it could slot between the ASX and the Eclipse Cross in terms of footprint. In the ASEAN markets, the new SUV will expand the existing lineup below the larger Xpander and Xpander Cross.

The Mitsubishi XFC features a new design language at the front, as the latest evolution of the “Dynamic Shield” theme. Instead of the traditional double chrome elements, we get T-shaped LED headlights sending Polestar vibes. The EVO X-style grille adds to the aggression even though it is mostly covered, while the large aluminum-style skidplate below it integrates additional LEDs for a rugged look.

The profile is more sculpted than Mitsubishi’s current offerings, with pronounced rear shoulders, a floating roof, the total absence of door handles, and mirror-replacing cameras. Of course, those features are expected to be toned down for production. At the back, the LED taillights mirror the shape of the headlights, as is the case with the rear bumper with the dual illuminated hexagons resembling tailpipes.

As with the exterior, the interior appears to be very close to production status, setting aside the light-colored upholstery and the fancy textures. It sports a dual-screen digital cockpit, a three-spoke steering wheel with touch-sensitive buttons, a floating center console with a futuristic gearshift lever, hidden air vents, sporty seats, and a long sunroof.

Mitsubishi talks about “class-leading interior space” and safe handling on any terrain and weather conditions. The company didn’t clarify whether the XFC will offer AWD or be a FWD-only proposal like most rival compact SUVs, nor did they announce the platform it will be based on and the powertrains it will use. They did however provide it with a fair amount of ground clearance and four drive modes – Normal, Wet, Gravel, Mud – making it more prone to soft off-roading. Notably, this is the first Mitsubishi offering a Wet driving mode, designed for the often flooded roads of ASEAN countries.

The Mitsubishi XFC Concept will be showcased at the 2022 Vietnam Motor Show between October 26 and 30. The production version of the XFC is expected to arrive in spring 2023, rolling out sequentially in ASEAN markets including Vietnam. According to Takao Kato, president and CEO of Mitsubishi Motors, the company is working on an electrified variant of the SUV for the future, hoping to “roll it out in regions outside ASEAN”.
———
Hope you enjoy this video and leave your comment bellow. To stay up to date with alot of new Videos