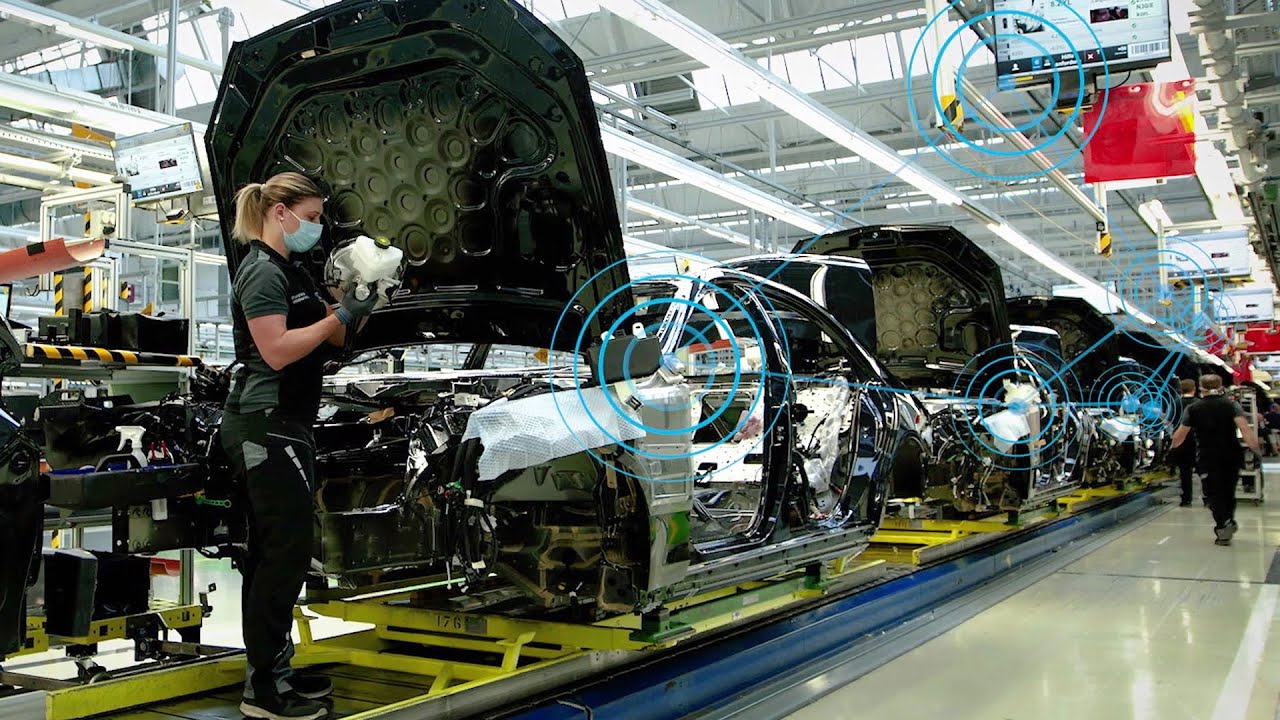 (MO360) The New Digital Production ecosystem at Mercedes-Benz. The soon-to-be-introduced Mercedes S-Class is the most technologically advanced—particularly as regards its digital capabilities—vehicle that Mercedes has built. And what is interesting to note is that the company decided that it would launch its comprehensive digital ecosystem—called “Mercedes-Benz Cars Operations 360” (MO360)—in full at a new production facility in Sindelfingen, Factory 56, which is the production site for the S Class.

While the company has been using elements of this system that, according to Jörg Burzer, Member of the Board of Management of Mercedes-Benz AG responsible for Production and Supply Chain Management, “makes production even more transparent, streamlines processes and makes the seamless networking of previously separate processes possible,” at more than 30 production plants around the world, Factory 56 is where MO360 will come into its own when the plant launches in September.

Essentially, MO360 integrates information from production operations with that in its IT systems. Think of this as combining the factory with the business part of the house.

Burzer emphasizes: “It is all about data. I cannot emphasize that enough.” The objective is to optimize the processes such that the products that are built—from the A-Class to the S-Class—have high quality.

While undertakings like this might be thought to be the result of the people in the IT department wanting to network everything for purposes of creating an Industry 4.0 operation. But according to Jan Brecht, Chief Information Officer (CIO) of Daimler and Mercedes-Benz, that was not the case. He explained that one of the key success factors in the development of MO360 was the collaboration between production personnel along with their colleagues in IT.

“All teams,” he said, systematically utilize continuous feedback from production to optimize and enhance the digital tools.” Brecht described it as “an agile way of working.”

They also undertake a series of “short-cycle sprints,” with a result being that they’re able to develop or improve software tools so there are release cycles of just two weeks. According to Brecht, “For software engineering in the field of production, that is an absolute record.”
Groundwork

It is worth noting that Mercedes has been laying the groundwork for MO360 for some time now. For example, a couple years ago the company developed control software named “Integra” that runs from sensors through to production management and even networks out to suppliers. The company explains that this is a “prerequisite for the transparency of all production processes and equipment monitoring as well as real-time access.”

Brecht also said that parts of MO360 were developed with Open Source software, and that the company will be publishing part of MO360 so that outside developers can build applications to make the system even more comprehensive.
Elements

Elements of MO360 include the QUALITY LIVE quality management system, which has real-time access to all production data at the vehicle level and which can be accessed by the quality team and workers through a smartphone or tablet, and Shopfloor Management (SFMdigital), that provides real-time information on operations, segmented into key performance indicators (KPIs) so it can be readily discerned how production is running. The company’s SMART MAINTENANCE application will be integrated into MO360; it will allow preventive maintenance to be performed as it monitors equipment conditions in real time.

According to Burzer, it is anticipated that MO360 will increase production efficiencies—thanks to visibility and access to real-time data—by more than 15% by 2020.