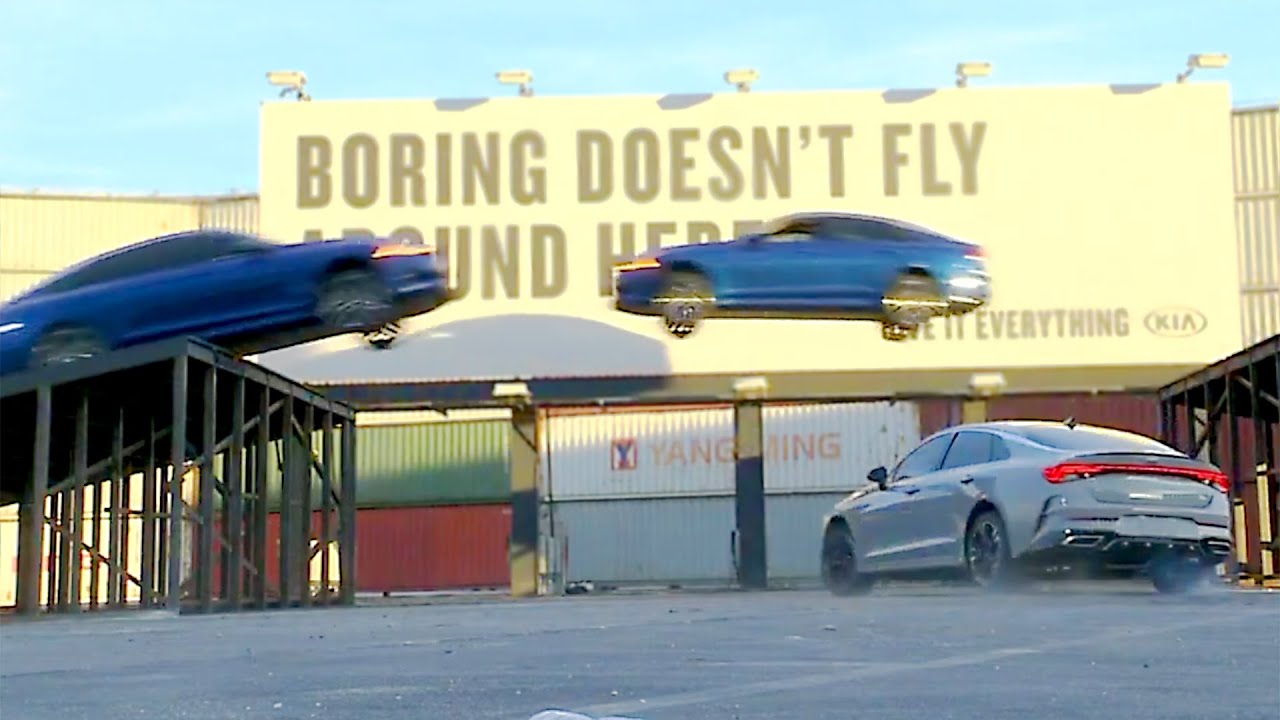 True to KMA’s “Give It Everything” philosophy, the wide-reaching, real-time Triple Threat Stunt was designed to reset expectations by placing the K5 in situations previously untouched in this traditionally conservative category. Directed by Darrin Prescott, action unit director on some of Hollywood’s most action-packed films including Baby Driver, Ford Vs. Ferrari, Drive, John Wick, Black Panther, and The Bourne Ultimatum, the stunt was streamed live online and provided car enthusiasts with a virtual look at the capability of the all-new K5 midsize sedan.

In addition to Prescott, the Triple Threat Stunt featured professional driver Collete Davis and actor Jeremy Ray Valdez, as event co-hosts and professional drivers Sean Graham and father-daughter stunt driving duo Jalil Jay and Brionna Lynch. As Graham maneuvered, steered, and slid his K5 into position with stop-on-a-dime accuracy, two K5s driven by the Lynches, sped down straightaways towards one another before each hit a ramp becoming airborne and sailing over Graham’s K5. The “Triple Threat Stunt” ended with all three K5 models, and their respective drivers, safe and sound back on terra firma.