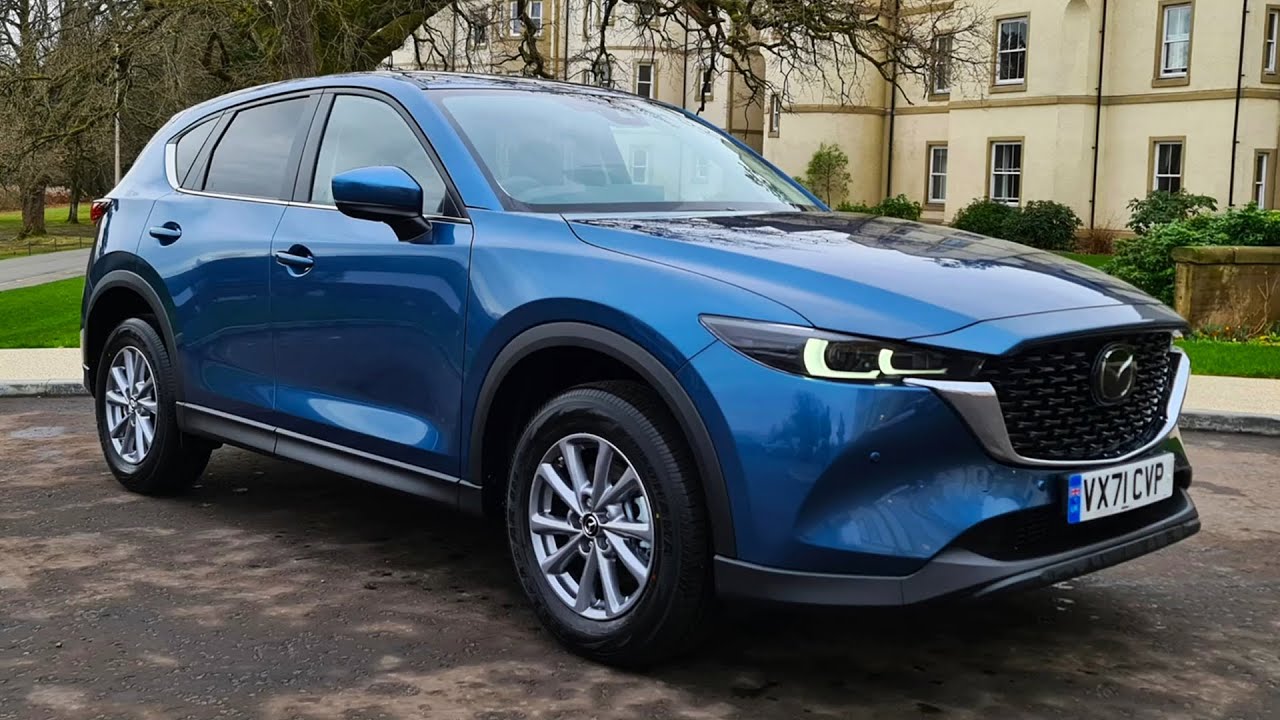 New 2022 MAZDA CX5 facelift – Walkaround & Features. The CX-5 is one of Mazda’s best-selling cars in the UK. It accounts for around 25 per cent of the company’s total volume and played an instrumental role in boosting the brand’s sales by almost 14 per cent between 2020 and 2021, during the make-or-break post-Covid period. However, the market it occupies is incredibly crowded, so this updated CX-5 is boasting tweaks and changes to keep it competitive.

For a start, the cabin is a comfortable place to be. The interior is very well screwed together and the materials feel stout and premium. It certainly doesn’t feel cheap, but more on that later.

Mazda’s engineers have dedicated time to making the CX-5 ride better, too. There are new dampers, slightly softer springs and redesigned seats that offer a little more support – and, for the most part, we’d say Mazda’s efforts have been worthwhile. It makes for a decent motorway cruiser, and the suspension changes even filter out more road noise.

However, there’s a trade-off to the CX-5’s new-found comfort, because the softer springs mean there’s a bit more body roll through corners.

The engine also leaves a little to be desired. Our test car was fitted with Mazda’s naturally aspirated 163bhp 2.0-litre Skyactiv-G unit, which is still not quite pokey enough to deliver competitive performance in the big CX-5.

Once you’re up to speed and cruising, it’s fine. It’s quiet enough, smooth and reasonably economical considering the lack of a turbo. We saw fuel economy of around 40mpg on the trip computer.

It’s the relative lack of torque – at 213Nm, with little of that available from low down in the rev range – that means you always have to change down if you need a burst of acceleration.

If you’re prepared to hustle the engine, it can whisk the CX-5 along well enough – just expect your fuel economy to dip below the 30mpg barrier as a result. The engine really doesn’t deliver its best performance until higher revs, by which point it loses its refinement.

But the CX-5 is all about give and take. So, while the entry-level 2.0-litre engine might be a little gutless, the manual gearbox it’s linked to is a cracker. The shift action is excellent, the clutch travel is nigh-on perfect and there’s a satisfyingly mechanical feel as you select each gear. Which is great, because you’ll be constantly using the gearbox to keep the engine in its sweet spot.

Suspension changes aside, Mazda’s tweaks for the revised CX-5 are fairly conventional. There are new front and rear bumpers, a little more safety kit and an expanded line-up, which features three new specifications: Newground, Sport Black Edition and GT Sport.

You get lots of kit, with 19-inch alloys, a reversing camera, an electric sunroof, electrically adjustable front seats and a powered tailgate all standard on Sport models. The equivalent SEAT Ateca FR doesn’t get any of these as standard; the electric tailgate, for example, is only fitted on the flagship Xperience Lux variant.

You don’t need to compromise on practicality with the CX-5, either. There’s plenty of head and legroom in the back, and the boot offers 522 litres with the rear seats in place. So, that makes it 18 and 12 litres larger than the Qashqai and Ateca’s load bays respectively.

The CX-5 is a bit of a mixed bag, but the net result is positive. If you can live with engine, you’ll get a comfy, (mostly) refined and reasonably economical family SUV which far outstrips its rivals for equipment for very little extra cash.