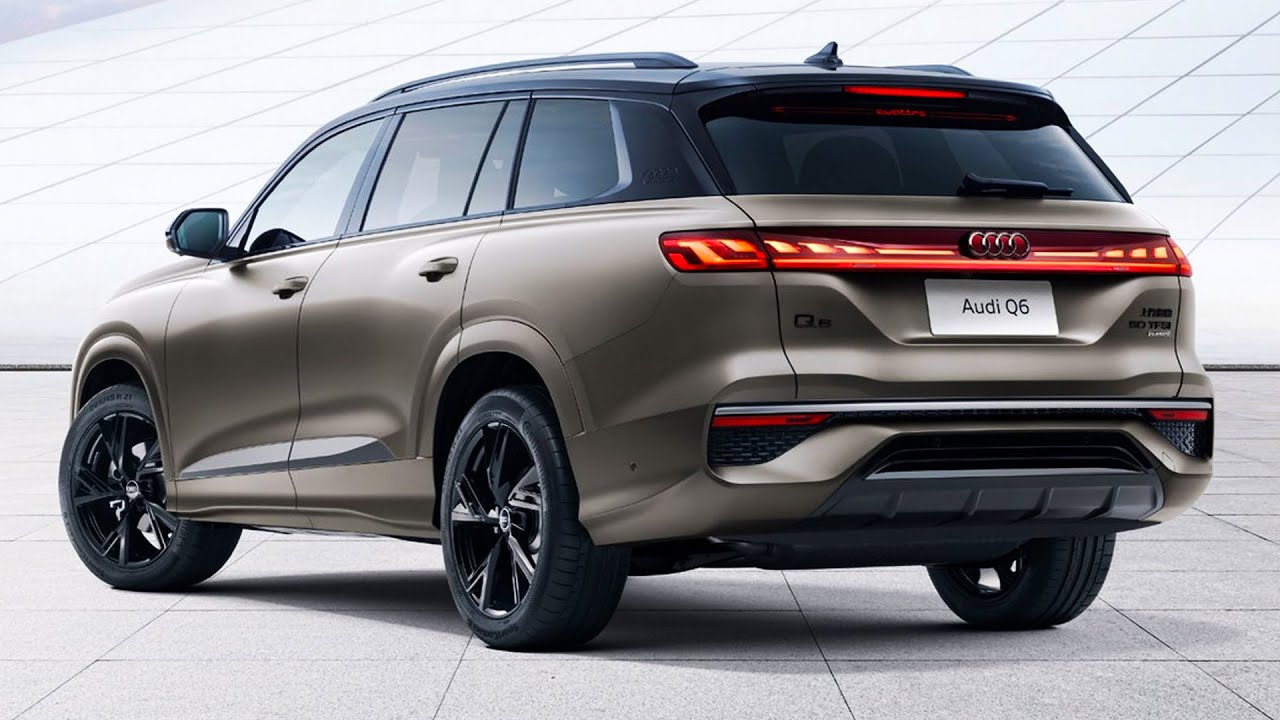 New 2023 Audi Q6 – Luxury Three-row Mid-size SUV. Audi is expanding its SUV lineup in China with a new model called the Q6. Though its name places it below the Q7 and Q8 models, it is larger than those and is based on the same MQB platform as the VW Atlas three-row SUV that’s sold in the U.S. It’s part of Audi’s joint venture with Chinese automaker SAIC and will be built locally in China.

We don’t have much in terms of specifications, but we know that the Q6 will be offered in three configurations, all with Quattro all-wheel drive. The base 40 has a 2.0-liter engine, likely a turbo-four, with 228 horsepower, while the 45 has a slightly more powerful version of that engine with 262 hp. The top model is the Q6 50, which has a 2.5-liter engine (possibly the same VR6 that’s in the Chinese version of the Atlas, called Teramont) with 295 horsepower.

The key differences between the Q6 and its downmarket VW sibling are in its design. The front end incorporates Audi’s singleframe grille and similar headlights as other Audi models, while the rear has taillights that stretch across the width of the vehicle. Inside, we can see nicer materials than what you get in the VW, plus touchscreens running Audi’s MMI infotainment system.

The Q6 starts at the equivalent of around $74,000 in China at current exchange rates, with the top model commanding $88,000. We doubt we’ll see anything like this vehicle in the U.S., as the Q7 already has the mid-size luxury SUV market covered for the four-ring brand.
———
Hope you enjoy this video and leave your comment bellow. To stay up to date with alot of new Videos