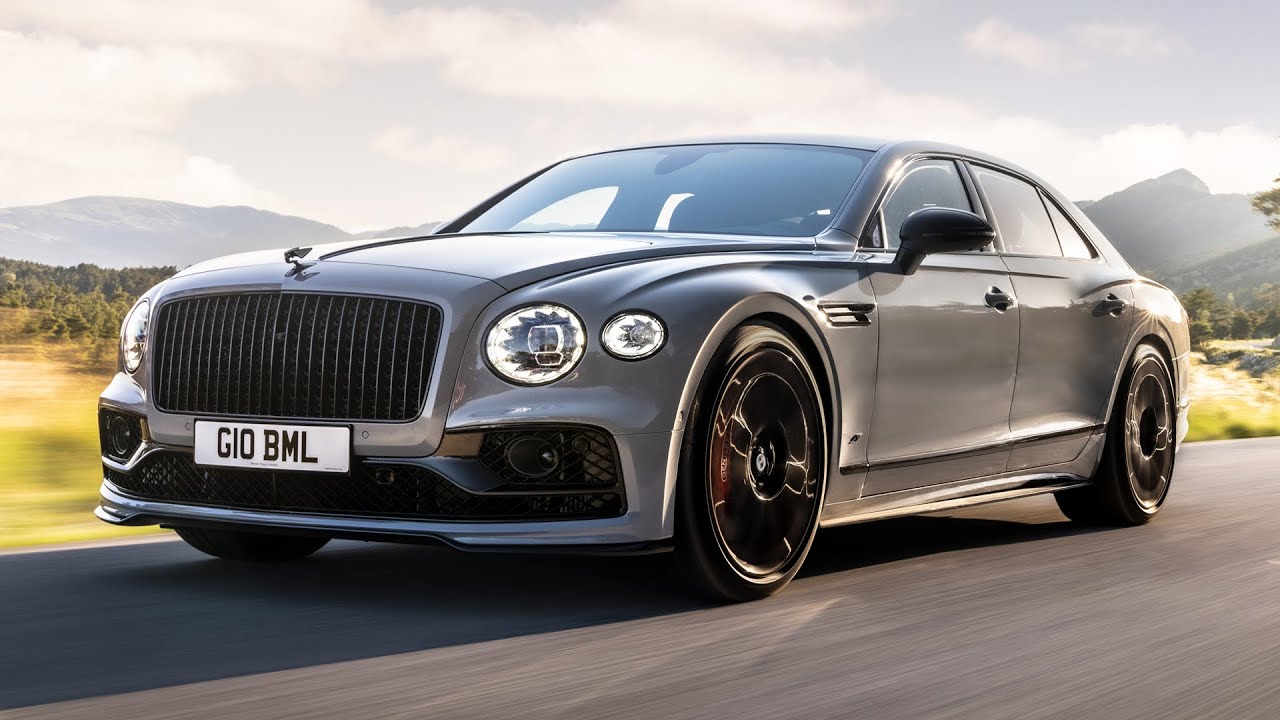 New 2023 Bentley Flying Spur V8 S – 542 HP Luxury Sports Sedan. Bentley is set to debut its 2022 Flying Spur S Sporting Style this month, and the reveal will also come with a twist: one of the versions on offer is a hybrid. This is the first of Bentley’s “S” line to offer a hybrid option, but not the first Flying Spur. The Flying Spur Hybrid was released earlier this year and is seen as a step towards Bentley retiring its V8 and W12 engines on the way to becoming an electric-only auto manufacturer by 2030.

The V8 is still around and is an option when it comes to the Flying Spur S Sporting Style, but its hybrid equivalent isn’t far behind in terms of power, speed, and torque. When everything is weighed up, the Flying Spur S Hybrid may just have the edge due to its superior fuel economy and environmental benefits. More details will be unveiled when the cars make their debut at the upcoming Goodwood Festival of Speed which begins on June 23 and runs through Sunday, June 25. However, this is what Bentley has let slip so far.

There are two powertrain options available when it comes to the Bentley Flying Spur S Sporting Style. One is a 4.0-liter V8 that will get the car from 0 to 60 mph in just 4 seconds and is capable of getting the Bentley to 198 mph when going all out. The other is a hybrid, which packs a far smaller engine but doesn’t suffer much in terms of performance.

Also on offer is the kind of high-level luxury you’d expect from one of the world’s premier automobile brands. Bentley says the Flying Spur S Sporting Style interior can be clad in a choice of two-tone color splits, all of which are hand-crafted in its Crewe factory from “a combination of smooth hide and soft-napped Dinamica.” Buyers are also given a choice of what is embroidered into their headrests — the “S” emblem or the Bentley logo. The instrument panel’s graphics parallel Bentley’s

The exterior, it says, will have an “athletic and understated look” featuring bumper grilles, dark-tinted headlamps, and rear lights, black quad tailpipe finishers, and distinctive S badging on the front fenders. The exterior is dark and lacks “bright polished metal” in a bid to “encourage the eye to take in the vehicle’s form and perceive it as lower and wider,” Two-wheel options, 22-inch with Y-shaped spokes and 21-inch tri-spoked, are also available with the Flying Spur S Sporting Style.

Bentley’s Flying Spur S Sporting Style hybrid’s “advanced electric motor” couples with the company’s 2.9-liter V6 petrol engine to produce a total of 536 horsepower. This is enough to propel the Flying Spur S Sporting Style from 0 to 60 mph in just 4.1 seconds. That’s only one-tenth of a second slower than the 4.0-liter V8-powered gasoline version. For drivers who want their high-end luxury vehicles to be practical, the hybrid also produces 553 foot-pounds of torque, which should meet most towing needs. The torque also assists in keeping the ride as smooth as one would expect from a Bentley, especially in the corners. Again, this is less torque than the 4.0-liter V8 engine produces, but not by much.

Where the hybrid really stands out is in emissions and fuel economy. The batteries alone will provide 26 miles of range, and in terms of emissions, Bentley claims the Flying Spur S Sporting Style Hybrid is its most efficient vehicle to date. No information has been provided on the hybrid’s fuel economy, but it’s a safe bet that drivers will get more miles per gallon from this than the thirsty V8, which can achieve a combined total of 22 MPG.
Flying Spur S Bentley grilleBentley

One of the more unique features of the Flying Spur S Hybrid is what Bentley claims are “ingenious sound enhancements in the engine bay that match the more sporting character of the car for the driver while maintaining low sound levels in the rear cabin.” Essentially, driving enthusiasts can still enjoy the kinds of sounds they expect from a powerful, high-end, vehicle while their passengers can enjoy a smooth, quiet, ride — all at the same time.
———
Hope you enjoy this video and leave your comment bellow. To stay up to date with alot of new Videos