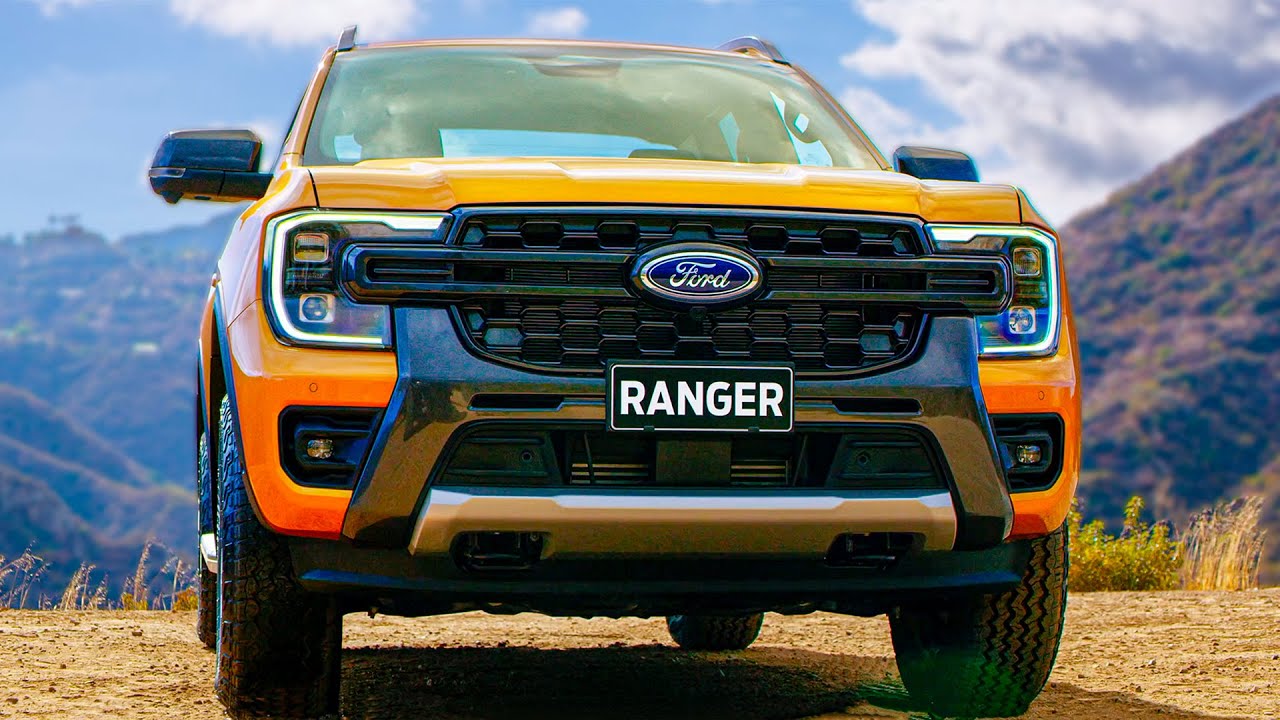 NEW 2023 Ford Ranger unveiled. The next-generation Ford Ranger is bold and confident, with a purposeful exterior that shares Ford’s global truck design DNA. The design features a defined new grille, and signature C-clamp headlight treatment at the front while a subtle shoulder line down the sides incorporates bolder wheel-arches that gives Ranger a sure-footed stance. For the first time, Ford Ranger offers matrix LED headlights. At the back, the taillights are designed in harmony with the signature graphics on the front. Inside, the car-like cabin steps up, using premium soft-touch materials, and prominent portrait-style center touchscreen with Ford’s signature SYNC i 4 connectivity and entertainment system.

The reveal models – the stylish XLT, rugged Sport and adventurer Wildtrak – reflect this customer input both inside and out.

Beneath the new bodywork is an upgraded chassis riding on a wheelbase 50mm longer and a track 50mm wider than the prior Ranger. A hydro-formed front-end structure creates more space in the engine bay for the new V6 engine and helps future-proof the Ranger for other propulsion technologies. It also opens up the front of the pickup to allow more airflow to the radiator, which helps keep running temperatures low when towing or carrying heavy loads.

Customers wanted a choice of more power and torque for towing heavy loads and extreme off-roading, so the team added Ford’s proven 3.0-L V6 turbodiesel and developed it for the Ranger. It is one of three turbodiesel engine options available at launch, depending on market.

The next-gen Ranger will also come with a choice of proven Single-Turbo and the Bi-Turbo 2.0 inline four-cylinder diesels. The Single Turbo comes in two different performance levels and delivers power, torque and fuel economy, which is important to small business owners or commercial vehicle fleets. The Bi-Turbo engine is a more sophisticated, performance variant for customers who want more power but need to maintain fuel economy.

In addition, the next-gen Ranger will be available with a tried and tested 2.3-L EcoBoost four cylinder that underpins a range of Ford global products and is a perfect choice for customers who prefer petrol propulsion.