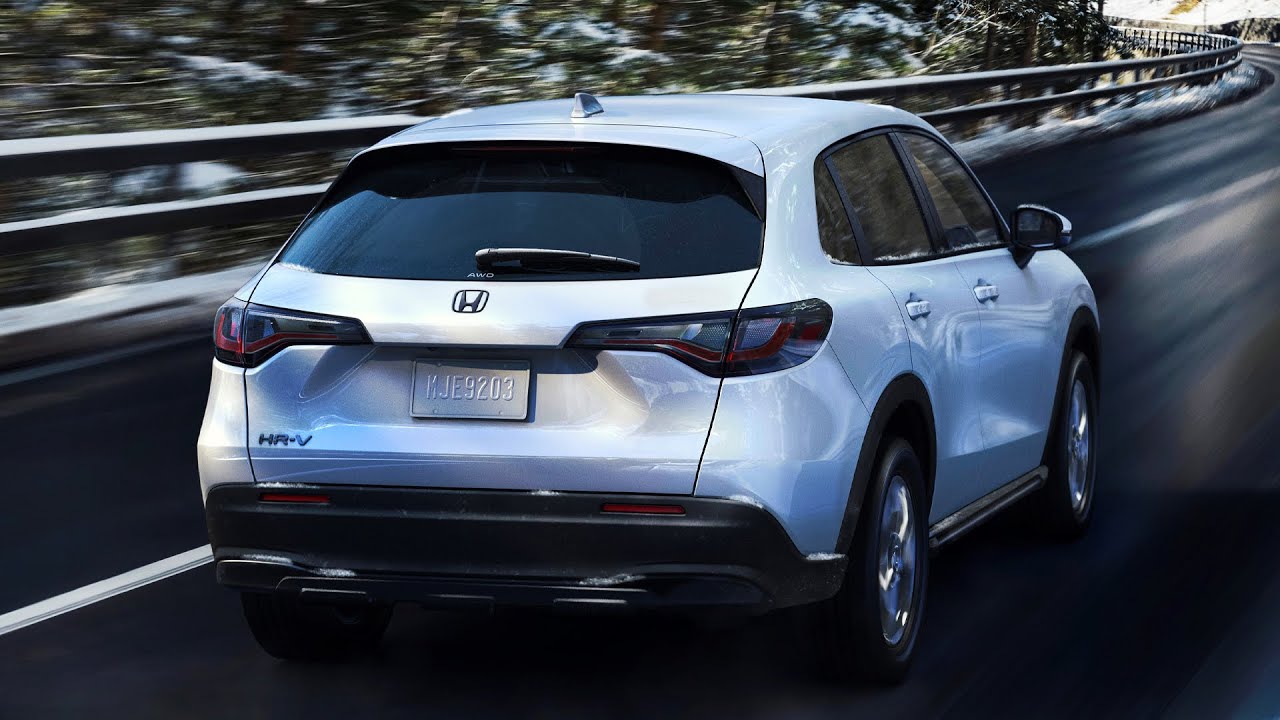 New 2023 Honda HR-V EX-L (U.S) Youth style Compact SUV. Honda has revealed the new face of its second-generation HR-V and, well, it’s certainly a bold design choice. From most angles, the compact SUV — which should be larger and longer than its predecessor — looks good, but that face is going to have to grow on me.

This isn’t the same new HR-V that recently debuted in Europe with a handsome and understated aesthetic and standard hybrid power. Rather, it’s a US-specific offshoot that we first heard about last year and saw previewed in sketches in January.

The new front end is a dramatic departure from the previous generation and now boasts much larger and wider headlamps similar to the current Honda Civic. Spread farther apart, they accentuate the compact SUV’s wider stance and no longer connect with the grille, which is also larger. The new fascia is more serious than its playful predecessor, but it also forms a face that looks a bit tired or bored in Honda’s released photos. Then again, maybe it’s just a bad angle.

The new face leads the way for a longer hood, a lower beltline and a gently rounded roofline that all together highlight and emphasize the new HR-V’s increased overall length and wheelbase. I imagine the larger footprint also means a more spacious cabin. We expect to learn specifically how much the HR-V has grown as Honda trickles details out over the next few months.

Crane your neck to examine the roof and notice that the HR-V doesn’t have the longitudinal moldings running along the edges that you typically see on SUVs. A new laser-brazing construction technique eliminates that need, allowing for a cleaner look. Honda also cleans up the appearance of the front end with windshield wipers that tuck under the hood when not in use.

Around back is a tidy rear end with new Civic-inspired taillights that look sharp and accent the larger HR-V’s shoulders with their horizontal design. Just above, a subtle tailgate spoiler adds a sporty pop and aerodynamic functionality.

Powertrain and suspension specs are also missing from this design-focused announcement, but we know that the motivation will come from “a more responsive engine and a new independent rear suspension.” Both are most likely derived directly from the 11th-generation Civic upon which the new HR-V is based. Expect either a version of Honda’s 158-horsepower 2.0-liter 4-cylinder or, if we’re lucky, the Civic’s 180-hp turbocharged 1.5-liter. Either would fit the “more responsive” bill.

The new Honda HR-V launches this summer with a 2023 model year designation.
———
Hope you enjoy this video and leave your comment bellow. To stay up to date with alot of new Videos