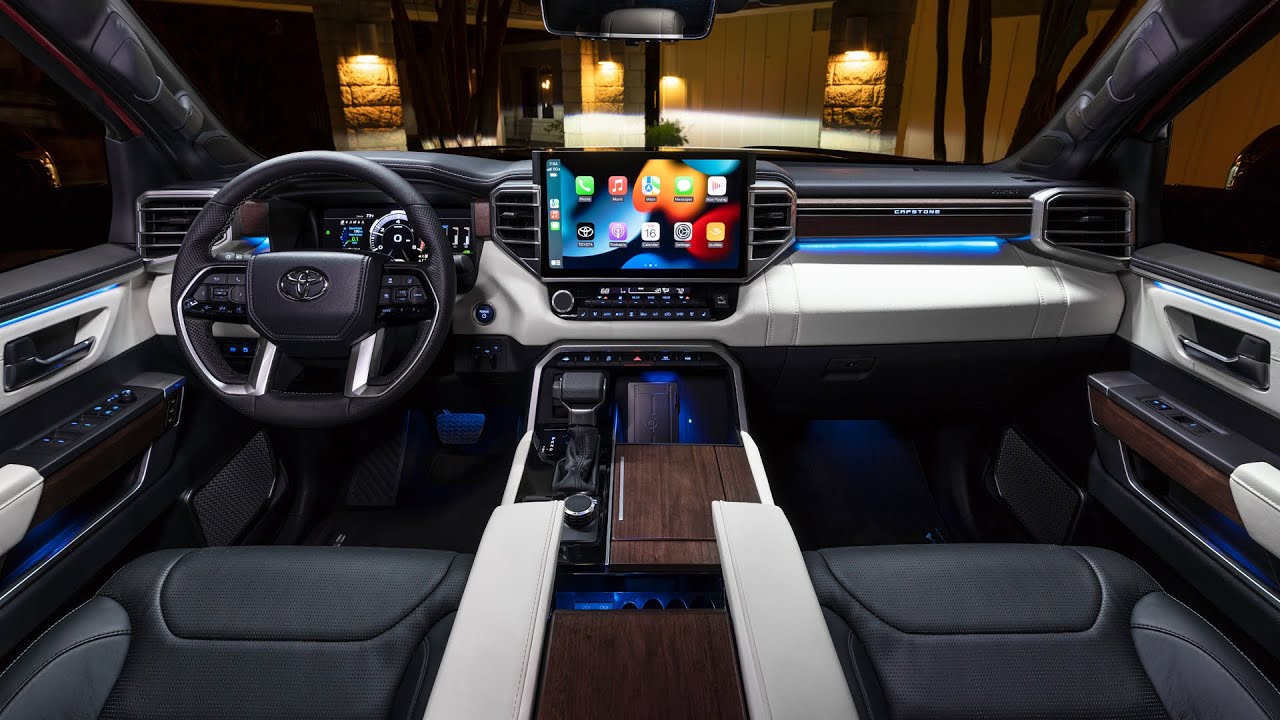 New 2023 Toyota Sequoia Capstone – Powerful and luxurious Large SUV!!. Toyota has revealed the 2023 incarnation of one of its toughest, full-size SUVs: the Sequoia.

The car, as many will already be aware, is named after a vast Californian conifer, the kind of tree that makes those that sit in some people’s living rooms at Christmas seem molecular by comparison. Sturdiness, then, is what the Sequoia is all about.

The 2023 version, which is the model’s third generation, maintains this strong-and-stout heritage. Toyota says it has been completely redesigned, allowing it to be referred to as an all-new vehicle.

Looks-wise, the latest model is not radically different from its predecessor, but there are enough nudges to make sure you don’t mistake it for anything that has come before, not least the modernised grille at the front.

In terms of space, the Sequoia comes with either a second-row bench or captain’s chairs, and the third-row arrangement can fold down or slide forward to allow for more storage capacity.

Alongside all the power, luxury is at the core of the new arrival. Panoramic sunroof options are available, with leather-trimmed seating coming as standard. There has been a tech upgrade in the shape of a 14-inch touchscreen, as well as a new head-up display.

Customers will have options as to what they fancy buying. Versions available include the SR5, Limited, Platinum, TRD Pro and Capstone, with that last one being the top-of-the-range option.

Drive comes from an iForce Max V6 hybrid, capable of producing 437 horsepower and 790Nm of torque, which should certainly get you up and down the dunes easily enough if you get the 4×4 option. There is a two-wheel-drive version as well, should urban use be more to your liking.

If you need to lug something around, be it a mobile home, boat or, indeed, another vehicle, the new Sequoia has a 4,000-kilogram towing capability, too.

The car will be available in the summer of 2022 and, while there’s no specific word on pricing yet, commentators are suggesting figures in the range of $50,000-$70,000, depending on the model.