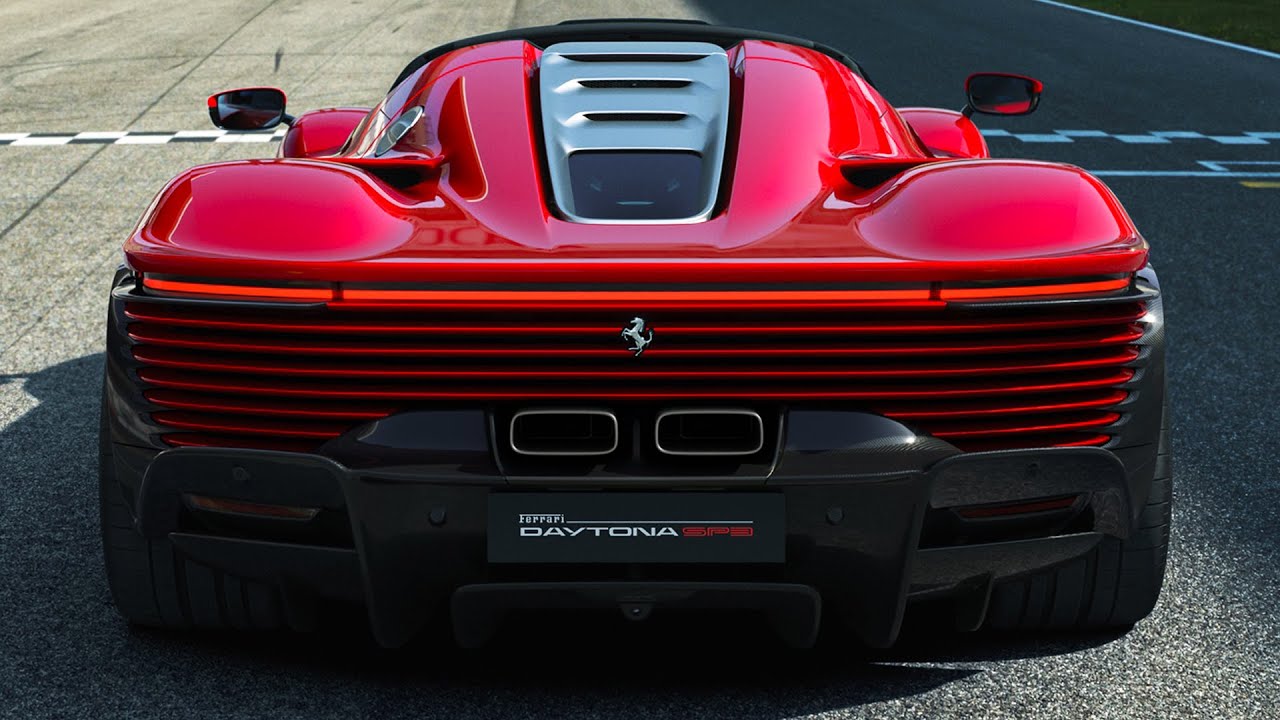 New Ferrari Daytona SP3 – a V12, 830 hp Italian hypercar. Ferrari has just announced the latest car in its Icona Supercar range. It’s called the Daytona SP3 and is a limited series, carbon fibre-bodied, mid-engined V12 two-seater inspired by Italian supercars of the past.

There is a very heavy emphasis on Ferraris from the sixties/early seventies, following the retro trend many brands are moving towards. Ferrari will make 599 examples, each costing €2m plus local taxes. It’s the third iteration of the brand’s Icona series, succeeding the SP1 and SP2.

Chief Design Officer Flavio Manzoni has always loved the look of the 330 P3/4 and when revealing this, said: “I think this is the best car I’ve ever been involved with. It’s a futuristic interpretation of a classic sports prototipo, and a perfect showcase for what the team at Ferrari Centro Stile can do.

“You can take cues from the past but it’s vital that you don’t lose the visionary approach. You can see how it’s possible to connect the beauty of our heritage with our vision for the future. We would never do a ‘restomod’, it’s low-level. Never make something that is banal or obvious.”

The Daytona’s looks are certainly a show stopper with elements from the Ferrari 512, Pininfarina’s 1968 Ferrari 250 P5 concept car and the 330 P3/4. It even features butterfly doors much like the ones seen on the LaFerrari.

Ferrari is clearly aiming for a retro-inspired future in terms of its car designs and we don’t think that’s a bad thing at all. In fact, it’s good to bring elements back from the past, especially if they create masterpieces as good looking as the Daytona SP3.